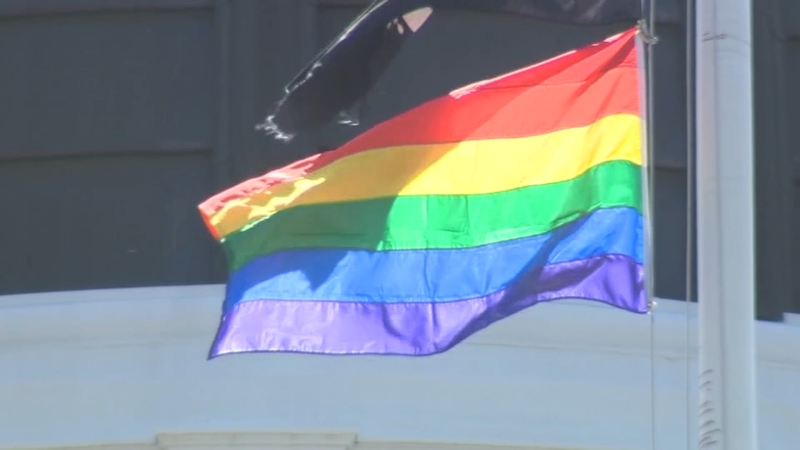 FRESNO, Calif. (KFSN) -- Fresno Mayor Jerry Dyer announced on Saturday he has vetoed the resolution that changed who controls the flying of flags in front of City Hall.

The Fresno City Council voted 5-2, last month, to transfer control of the flags from the City Manager to themselves.

The council made the move in an effort to get the Pride flag above City Hall.

In a statement announcing his veto, Mayor Dyer called on the City Council to work with his office on setting up a schedule for ceremonial flag raisings.

As for the Pride Flag, it is now flying above Fresno City Hall, but that was after days of debate.

Mayor Dyer was at that ceremony, along with other city and community leaders.

Dyer originally called for the Pride Flag raising to be moved to Eaton Plaza, but then came out in support of the Pride Flag at City Hall after listening to members of the LGBTQ community.