Merced church turns to community for help after burglary 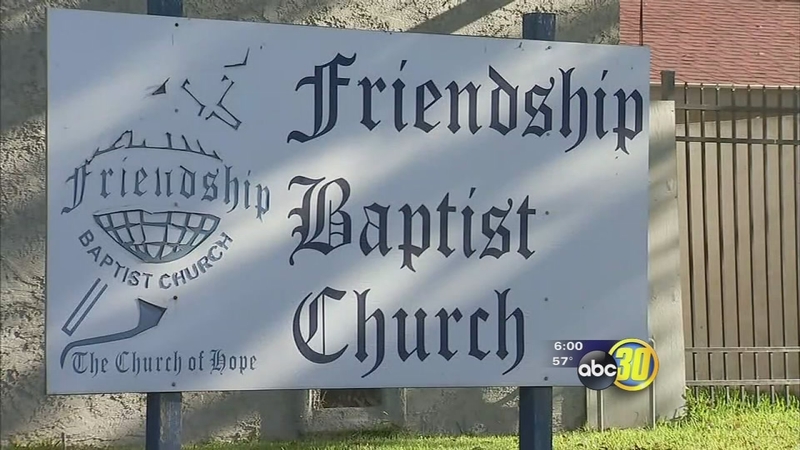 Merced church turns to community for help after burglary

MERCED, Calif. (KFSN) -- A North Valley church has turned to the internet for help after a burglary. The Friendship Baptist Church in Merced had audio equipment stolen on Saturday.

With an open lot in the back of the church and a park in front, the church is no stranger to having homeless hanging around on their property. However, with this recent burglary, the church pastor says it's come to the point where they need to take action.

The often lively church was a little quieter this weekend after their audio equipment was stolen.

The burglary is now pushing the pastor of the Friendship Baptist Church to turn to the web for help to get new equipment and a new security system.

"This hastens the effect that we can't just replace what's been taken," Pastor Roderick Cochran said. "We have to make it so that if we're able to get back or replace those things, that we're able to keep it safe."

Cochran said a member of the church discovered the missing equipment on Saturday morning. He says two speakers, a mixing board and a projector were stolen out of the church's sanctuary. He said after looking around, there wasn't any broken glass or any signs of forced entry, causing him to assume the worst.

"The worst case scenario for us is, I just hate to believe, it's someone who has worshiped with us, who has shared in the feeding ministry, who has been inside the building, who might have made some provision to come back in here," Cochran said.

The pastor says security, however, is not a new issue. The church's back lot isn't gated, allowing homeless to walk through or stay and sleep on the property. Cochran said he's also found drug paraphernalia scattered in the lot.

He said after the burglary, a member of the church created a page on youcaring.com, where people can donate to help raise money not only for new equipment but more security - including a fence, a better locking system for their doors and an alarm system.

"This should be a place a safe haven," Cochran said. "Traditionally, the church has been that. That is never more necessary than right now."

"The security has got to be for the people in the church," Knight said.

In the meantime, Cochran says they'll just have to sing louder for the time being, and he hopes the people who stole the equipment will have a change of heart and return what they took.