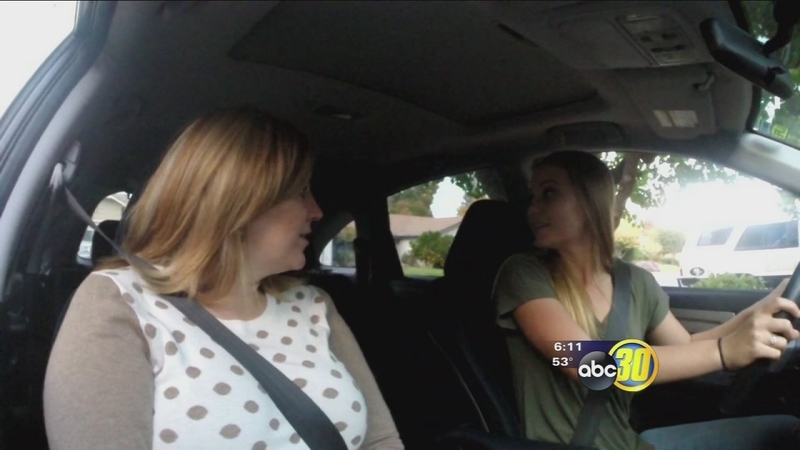 FRESNO, Calif. (KFSN) -- The Department of Motor Vehicles reports, nearly 30,000 fewer teens are getting their licenses at 16 compared to a decade ago, because they are waiting until they are 18 when there are fewer restrictions.

Almost 16-year-old Marissa Manzanedo can not wait to be in the driver's seat. But she knows she has to be confident behind the wheel before her mother no longer has to ride with her in the passenger's seat.

"She searches Craigs List, sends me cars for sale that are what she would love to have," said Jaclyn Manzanedo, Marissa's mom.

With a busy schedule for school and activities, Marissa is looking forward to the independence of driving so she will no longer have to rely on a ride.

"For cheer we have some last minute things sometimes, and it's like, I feel bad asking cause like I have to be across town in 20 minutes and it's like arg."

Marissa is going through the most time-consuming portion now the driving part.

The California Department of Motor Vehicles requires students spend six hours with a certified instructor, plus 50 hours of additional driving, and 25 hours learning the rules of the road. Officials said these guidelines-- though more rigorous than decades ago-- have had a substantial positive effect.

"Researchers have found that the number of crashes involving 16 and 17-year-olds has gone down and that's attributed in part to the program, and the fact that fewer drivers in that age group are even on the road," said Jaime Garza, DMV spokesperson.

Karen and Jon Lanier own a drivers training company called Traffic Depot. They believe properly trained 16-year-olds are often better drivers than 18-year-olds because legal adults are not required to take drivers training.

"In 2015, 22-percent of the students were actually actively pursuing their license before they were 18-years-old. But, in our opinion, we see a lot higher accident rate in those kids who go get their license at 18 and they haven't had proper instruction," said Jon.

There are many different explanations as to why teens are passing up the privilege at 16 and waiting until 18.

A study done by the University of North Carolina found that fewer teens were driving since the recession because many couldn't afford a car, much less gas for it. And even finding a minimum wage job is not easy either.

But all drivers face an added danger in our age of digital devices.

Lieutenant Richard Tucker runs the traffic division at the Fresno Police Department. He said young, inexperienced drivers are especially at risk when they have the steering wheel in one hand and a phone in the other.

"I'm not sure we are much better at it but we are glued to that phone. We do write a lot of teen tickets for distracted driving, cell phone, and then speed."

And Jaclyn is looking forward to the road to freedom from the mom taxi.

"I'll be very excited if she is able to help drive her little sister around places or get to practice at school as necessary, but driving with friends will be on a case by case basis."

DMV officials and police are actually encouraging teens to go through proper driver's education to be ready for the road at 16-- rather than wait until 18, with no training.