Ethiopian Prime Minister Abiy Ahmed has been awarded the Nobel Peace Prize for 2019 in recognition of his efforts to end his country's two-decade border conflict with Eritrea.

The Norwegian Nobel Institute on Friday also praised the "important reforms" that Abiy, Ethiopia's leader since April 2018, has launched at home. The prize comes as Abiy faces pressure to uphold the sweeping freedoms he introduced, and critics warn that his ability to deal with rising domestic unrest may be slipping.

The Nobel committee some people may consider it too early to give him the prize, but "it is now that Abiy Ahmed's efforts need recognition and deserve encouragement."

The award reflects the committee's taste for trying to encourage works in progress.

"We are proud as a nation!!!" Abiy's office said in a tweet.

Nobel Institute director Olav Njoelstad, said he had been in touch by phone with Abiy, who "showed great humility and was overwhelmed."

On taking office, Abiy surprised people by fully accepting a peace deal ending a 20-year border war between the two East African nations that saw tens of thousands of people killed. Ethiopia and Eritrea had not had diplomatic ties since the war began in 1998, with Abiy himself once fighting in a town that remained contested at the time of his announcement last year.

The improving relations led to the lifting of United Nations sanctions on Eritrea, one of the world's most reclusive nations. But Ethiopia's reforms do not appear to have inspired any in Eritrea, which has since closed border posts with its neighbor.

The Nobel committee also pointed to Abiy's other efforts toward reconciliation in the region - between Eritrea and Djibouti, between Kenya and Somalia, and in Sudan.

The Nobel committee acknowledged that "peace does not arise from the actions of one party alone."

It said that when Abiy "reached out his hand, President Afwerki grasped it, and helped to formalize the peace process between the two countries."

It added that it "hopes the peace agreement will help to bring about positive change for the entire populations of Ethiopia and Eritrea."

There was no immediate comment on the award from Eritrea, which under its longtime ruler remains one of the world's most closed-off nations.

At home, Abiy offered one political surprise after another. He released tens of thousands of prisoners, welcomed home once-banned opposition groups and acknowledged past abuses. People expressed themselves freely on social media, and he announced that Ethiopia would hold free and fair elections in 2020. The country has one of the world's few "gender-balanced" Cabinets and a female president, a rarity in Africa.

And for the first time Ethiopia had no journalists in prison, media groups noted last year.

But while Abiy became a global darling, speaking at the World Economic Forum in Davos, Switzerland, troubles arose at home.

A grenade was thrown at him during an appearance in the capital. A large group of soldiers confronted him in his office in what he called an attempt to derail his reforms. In a display of the brio that has won Abiy widespread admiration, the former military officer defused the situation by dropping to the floor and joining the troops in pushups.

More troubling these days are Ethiopia's rising ethnic tensions, as people once stifled by repression now act on long-held grievances. Some 1,200 people have been killed and some 1.2 million displaced in the greatest challenge yet to Abiy's rule. Some observers warn that the unrest will grow ahead of next year's election.

The Nobel committee acknowledged that "many challenges remain unresolved."

Abiy had been among the favorites for this year's prize in the run-up to Friday's announcement, though winners are notoriously hard to predict. The Nobel committee doesn't reveal the names of candidates or nominations for 50 years.

The committee has in the past used its prestigious award to nudge a peace process forward and Friday's recognition of Abiy falls into that line of thinking.

"The committee want to be actors. They want to make decisive interventions because the world listens to their opinion, Nobel historian Oeivind Stenersen said. "There have been laureates such as (Jose Ramos) Horta in East Timor who have said that the prize was crucial in the process. The committee will hope to emulate that."

Since 1901, 99 Nobel Peace Prizes have been handed out, to individuals and 24 organizations. While the other prizes are announced in Stockholm, the peace prize is awarded in the Norwegian capital, Oslo.

So far this week, 11 Nobel laureates have been named. The others received their awards for their achievements in medicine , physics , chemistry and literature .

With the glory comes a 9-million kronor ($918,000) cash award, a gold medal and a diploma. Even though the peace prize is awarded in Norway, the amount is denominated in Swedish kronor.
Report a correction or typo
Related topics:
societyu.s. & worldnobel peace prize
NOBEL PEACE PRIZE 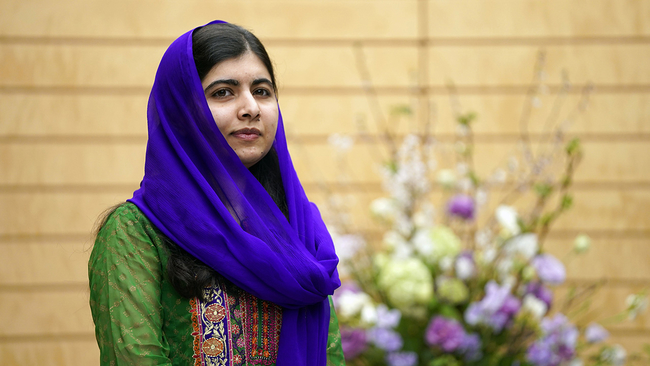 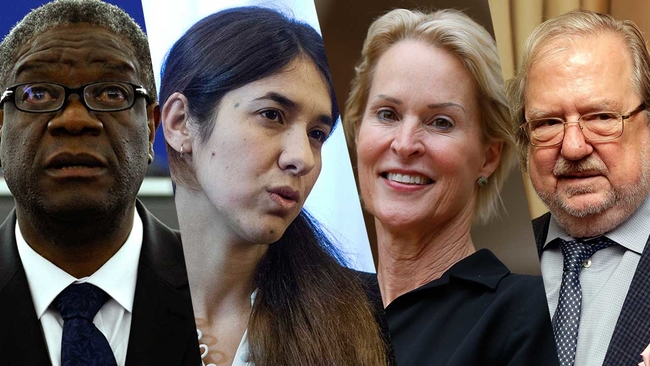 Nobel Prize 2018 winners: See who's been honored so far 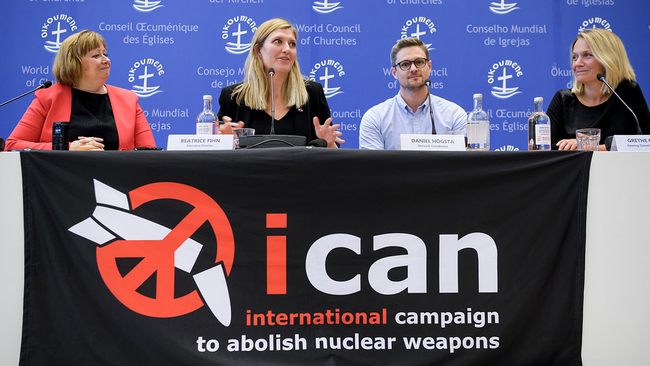