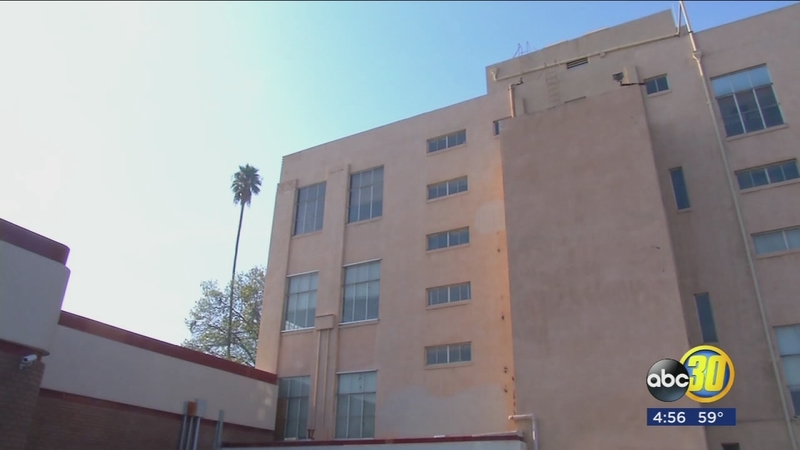 VISALIA, Calif. (KFSN) -- The old Tulare County Courthouse is one of the most beautiful and historic buildings in downtown Visalia.

It is four stories high, with an Art Deco architectural style.

It was built in the 1930's, but it keeps a low profile these days, because it has sat vacant for years.

That has made it a target for vandalism. But soon, it will be renovated.

"I'm glad they're actually doing something with it," said Visalia's Craig Doyal. "The design and the history of it is I think pretty amazing. I think it'll be great."

Courthouse Square Ventures is the company made up of local investors and businessmen buying the building from Tulare County for $2.36 million.

Matt Ainley is the team's leader. He grew up in Visalia, and long believed the building had untapped potential.

His daughter even told him she dreamed of living on the top floor.

"Just being a local designer and engineer and doing a lot of projects downtown and then seeing this thing sit here abandoned for the last decade has just been hard to watch," Ainley said.

But there will not be any exclusive luxury apartments or condos.

Ainley says his team analyzed their options, and settled on a boutique hotel.

The plan is to have 28 guest rooms and a restaurant on the lower floors, and a bar and lounge on the roof.

It will be a space for locals and visitors alike, and Ainley says they will aim for a sustainable, green model.

The building is solid concrete, but will be structurally inspected before it opens in early 2020.

"Just trying to get it in a state of modern operation and modern functionality while preserving the historical feel and nature of the building," Ainley said. "So that's where it gets exciting to be a part of that."