KFSN
SAN FRANCISCO -- For 35 years, Alex Trebek has been at the helm of Jeopardy, hosting a record 8,000 episodes. On Wednesday, the television host announced that he is battling stage 4 pancreatic cancer.

"Just like 50,000 other people in the United States each year, this week I was diagnosed with stage 4 pancreatic cancer," said Trebek in an announcement posted on social media. "I'm going to keep working and with the love and support of my family and friends, and with your prayers also, I plan to beat the low survival rate statistics for this disease."

"I like the balance that he struck between being hopeful and having sort of a strong spirit, but realistic at the same time, sort of recognizing that stage 4 pancreatic cancer, the likelihood of an actual cure is really very, very remote," said Dr. Andrew Ko, who is the division chief of hematology/oncology at UCSF and a pancreatic cancer specialist.

Dr. Ko is not treating the 78-year-old television icon but says the disease, which has taken the lives of Apple CEO Steve Jobs, actors Patrick Swayze and Michael Landon, and recently singer, Aretha Franklin, is affecting more Americans.

"Based on current statistics and projections, probably in the next decade, it's going to be the second leading cause of cancer-related death in the United States," Ko said.

"Some abdominal discomfort or pain, unexplained weight loss," said Dr. Ko, naming a few of the non-specific symptoms of pancreatic cancer, a disease which usually affects people later in life. Treatment in the later stages of the disease usually involves chemotherapy.

"I think once you are able to compartmentalize and take it day by day, that's the most important thing," said Stephanie Vossoughi, who is a UCSF oncology nurse. Vossoughi says support from family and friends is critical to a positive outcome for cancer patients.

"Sometimes it's doing nothing at all, but just being there, being present, making sure their basic needs are met."
Report a correction or typo
Related topics:
societyhealthalex trebeku.s. & worldcancerjeopardy
Copyright © 2020 KFSN-TV. All Rights Reserved.
RELATED 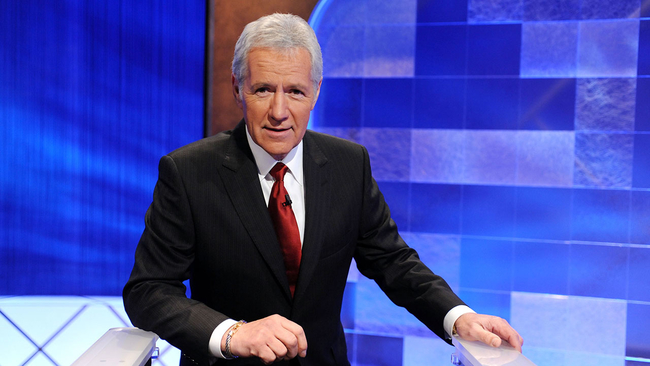