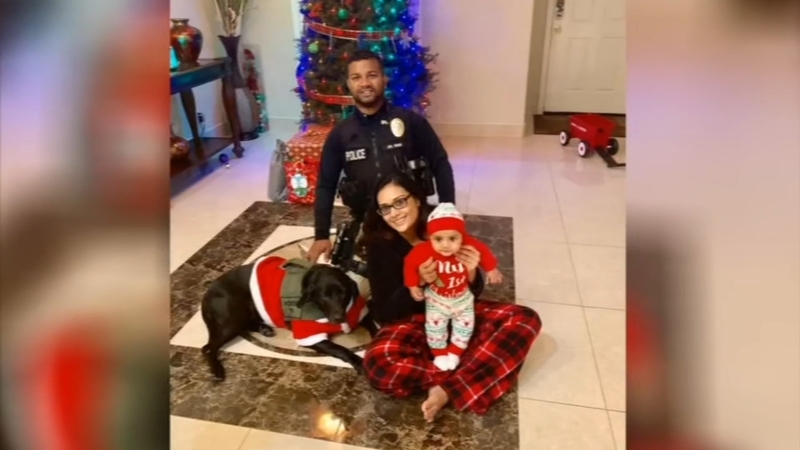 This Christmas, he received a special gift from the Newman Police Officers' Association. They delivered this pint-sized patrol car to the toddler, and a neighbor even changed out the stickers to model it after his father's cruiser.

This is just one of many ways the community has continued to support Singh's family and honor his memory.

Thin blue line flags and ribbons remain hanging all around town, while a plaque has been installed in front of the police department. The flag monument now marks the spot where he was shot.

Ada Haro's family lives right across the street from where Singh was killed, and her father even painted part of their fence blue in his honor. She says they knew the young corporal because he once arrested a man accused of assaulting her dad.

"It affected everybody in a way," Haro said. "So it's really nice to see the whole community come together and see how everyone is there for each other."

Investigators say Singh was shot to death in the early morning hours of December 26, 2018, after pulling over a suspected drunk driver, later identified as Paulo Mendoza.

Authorities caught him in Bakersfield following a three-day search. The case made national headlines and even caught the attention of President Trump because the suspect is an illegal immigrant with past arrests, while Singh migrated legally from Fiji and dedicated his life to serving and protecting his community.