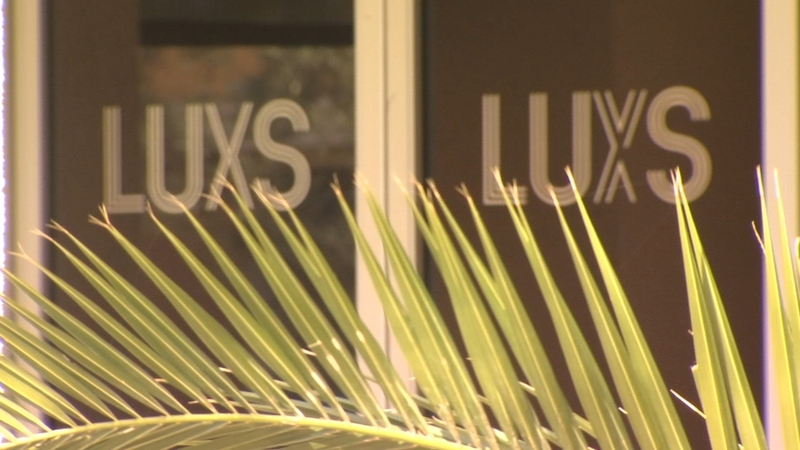 FRESNO, Calif. (KFSN) -- "I just think this is a classic case of a bully. It's a bully trying to intimidate the smaller guy."

Lewis Everk believes he's being unfairly singled out by his landlord, and it's translated into thousands of dollars in lost wages and legal fees.

His northeast Fresno Restaurant LUXS -- which also operates as a nightclub -- was recently hit with a three-day eviction notice for unpaid rent.

"This whole issue has taken away from our day to day business activity. It has caused me sleepless nights," Everk said. "It has cost me massive amounts of attorney fees. It has cost me my reputation."

According to the eviction notice, LUXS owes over $128,000 in overdue rent checks dating back to December of 2018.

Everk did provide Action News with bank records that show payments made over that period to the owners of the property, the Granum Partners.

The eviction notice arrived on LUXS' front door days after Everk says he filed a discrimination lawsuit against the ownership group.

According to Everk's attorney, the Sequoia Brewing Company operates in the same center with similar hours but has not faced the type of scrutiny LUXS has because the clientele is very different.

"The difference is we have a bar and restaurant, we play hip hop music, and our crowd is diverse. We have a majority of people of color that attend this location," said attorney Josh Escovedo.

Everk admits he did fall behind in monthly rent payments in 2018 but claims he made good on that money after coming to an agreement with the landlord.

"He, in fact, did request some accounting leading to believe that we were in arrears, and once he provided those documents, we procured that with a $70,000 payment," Everk said.

According to Fresno Police, officers have been called to LUXS an excessive amount of times for nuisance violations -- more than double any other nearby business. Including a gang shooting investigators say took place on October 20th in the parking lot LUXS shares with a number of tenants.

Action News did speak with the attorney that represents the Granum Partners, but they were not yet ready to provide us with an official statement on the matter.
Report a correction or typo
Related topics:
societyfresnofresno northeastbusinesssocietyfresnorestaurant
Copyright © 2021 KFSN-TV. All Rights Reserved.
TOP STORIES
Driver found dead inside crashed car, detectives investigating
Yosemite Lakes Park arsonist Kenneth Jackson out on parole
White House details plan to roll out COVID vaccines for younger kids
Man killed in single-car crash in Fresno County, CHP says
Americans arrested for trying to board flight in Switzerland
Family remembers 82-year-old man shot and killed in Fresno County
US expected to authorize Moderna, J&J boosters as soon as today
Show More
Nikolas Cruz pleaded guilty to murder in 2018 Parkland massacre
Man dies after man allegedly plows van into Fresno taco truck
Husband charged with killing Maya Millete, who vanished in January
Hiker found after being separated from family in Huntington Lake area
These grocery items are about to get more expensive
More TOP STORIES News