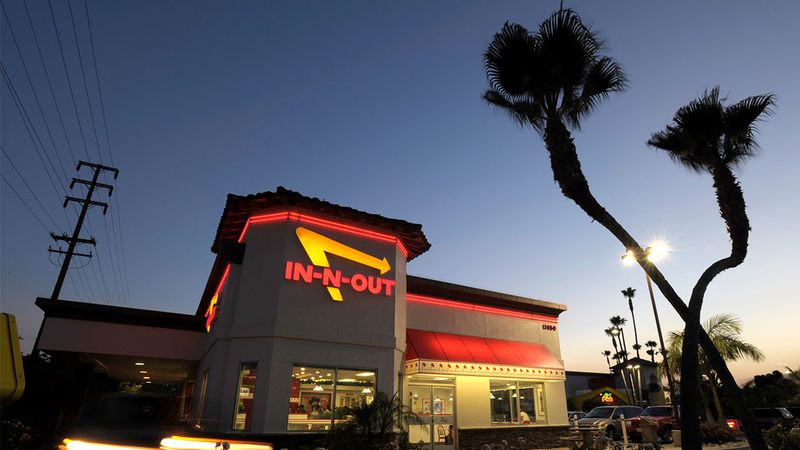 FRESNO, Calif. (KFSN) -- In the South Valley, deceiving signage on a temporary chain-link fence in Porterville had many people believing that an In-N-Out was being built, but it turns out, it was all a prank.

The sign was posted on Thursday on the fence where construction is underway for Aldi's grocery store near State Route 190 and South Jaye street.

But it turns out, pranksters called the "Geek Tech team" had come up with the plan to tease nearby residents, and it worked.

Several people tweeted their excitement, only to realize it was all a joke.

This wasn't the first time the "Geek Tech team" has pranked people in Porterville. Not too long ago a similar sign that read "In-N-Out Burger, Here Soon" popped up at an old Starbucks location in the town.

If you were holding out hope that there may still be a location being built, we spoke with an In-N-Out representative, and they confirmed there are not any plans of their restaurant opening in Porterville anytime soon.
Report a correction or typo
Related topics:
societyportervillerestaurantrestaurantsburgers
Copyright © 2021 KFSN-TV. All Rights Reserved.
TOP STORIES
Temperatures expected to approach 110° in Central CA next week
Mayor Dyer vetoes resolution to transfer control of flags
BIG Hat Days is back in Clovis!
Central CA animal shelters team up for Super Adoption Day
Driver killed in fiery crash in Merced
3 women arrested in connection with Tulare murder
21-year-old man killed in shooting in Merced
Show More
New charter school opening this fall in Fresno
Bakery in River Park celebrates grand opening
Dozens help clean up at Camp Fresno
What mom, daughter did with 80,000 penny child support payment
Fire, explosion destroys Hanford trailer
More TOP STORIES News