Kensington Palace reports that the baby will not have a title, at least not yet saying, "They have elected not to use courtesy titles at this time."

The royal couple waited two days to show off their bundle of joy, breaking with royal tradition. 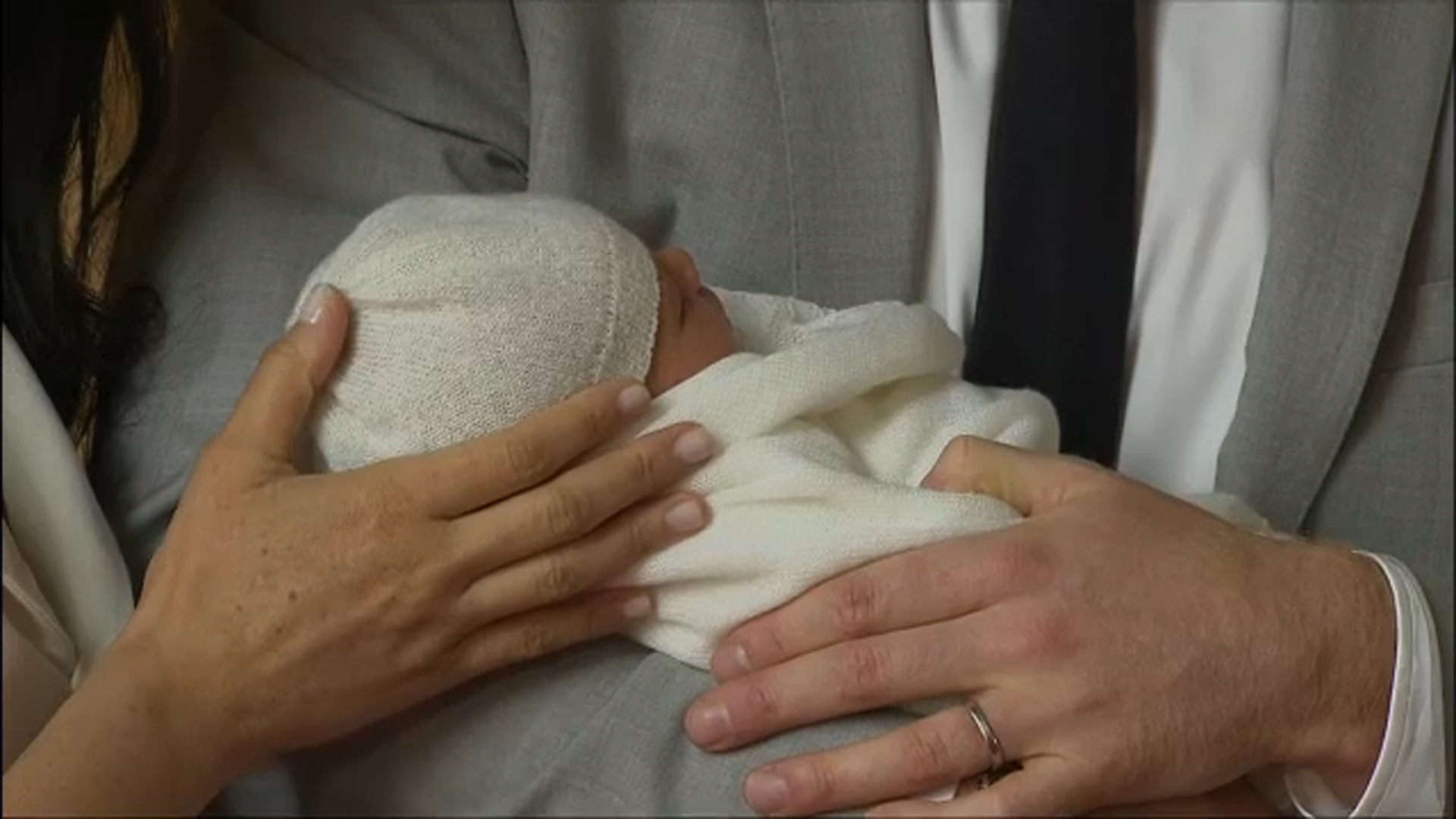 Meghan walked out in a beautiful white dress alongside Harry carrying their baby boy bundled in white.

When asked about being a new mom the Duchess said, "It's magic, it's pretty amazing. I have the two best guys in the world, so I'm really happy."

She said Archie has "the sweetest temperament, he is really calm."
EMBED More News Videos

Prince Harry and Meghan Markle introduced the world to their son.

"I wonder who he gets that from," the prince joked.

"He's been a dream, it's been a special couple of days," she added.

Following the big introduction, the royal family was off to introduce its newest member to Queen Elizabeth.

Prince Harry closed joking that the baby "already has a bit of facial hair, it's wonderful." Meghan thanked everyone for their well-wishes and they exited the hall.

Baby Archie was born at 5:26 a.m. London time on Monday and weighed 7 pounds 3 ounces. Prince Harry said he was "incredibly proud" of his wife, and while their son was a little bit overdue, it had given the royal couple more time to contemplate names.

Meghan, the Duchess of Sussex, and Prince Harry welcomed their first baby on Monday

The 34-year-old Harry said he was present for the birth.

"It's been the most amazing experience I could ever have possibly imagined," he said. "How any woman does what they do is beyond comprehension...We're both absolutely thrilled and so grateful for all the love and support from everybody out there. It's been amazing, so we just wanted to share this with everybody."

Harry said he was ecstatic about the birth of their first child and promised that more details in the coming days. The couple said earlier they weren't going to find out the baby's sex in advance.

The arrival of their first child marks another milestone at the end of a big year for the couple. They were married on May 19, 2018, and since then have been on trips around the world and have had countless sweet moments interacting with the public.

America's favorite royal, who grew up in Los Angeles and attended Northwestern for college, reportedly met Prince Harry in the summer of 2016, just months before the couple went public.

MEGHAN AND HARRY PHOTOS: The Duke and Duchess of Sussex through the years

The couple recently moved to Frogmore Cottage on the grounds of Windsor Castle where they got married. The nursery there is reportedly eco-friendly and gender-neutral in design, according to AP.

Royal baby watch: Will Harry and Meghan's Baby Sussex be an American?