ABC7 Salutes: service dogs from nonprofit help Murrieta veterans get their lives back

KABC
By Coleen Sullivan and Julia Seifer
MURRIETA, Calif. -- At the Patriotic Service Dog Foundation in Murrieta, a training session was in progress.

Trainer Diego Ochoa out everyone through their paces. The dogs were all lined up facing their handlers, waiting to act on the command.

They're learning focus and to tune out everything other than what their handler says. But what the dogs are teaching - is altogether different.

They're showing veterans how to live again.

Gabriel Ramirez served in the Marine Corps. Scarred by PTSD through many tours in combat, he came home feeling isolated and depressed.

He said he was withdrawn - not wanting to be around anyone. But then he met his dog Pistol. Ramirez said he picked Pistol, and Pistol picked him.

Now, his life has turned around.

"We're together all the time. We eat together, sleep together - he's always with me," Ramirez said.

He's credited this program and Pistol for helping him get his life back.

"He's helped me, tremendously, to overcome those things. The little and the big hurdles," he said.

Glen Moody is a Navy medic who served in Iraq and Afghanistan. Like so many other veterans, he struggled with depression, anger and sadness when he returned home.

When other things like medications didn't help, his family reached out to one of Moody's Marine buddies.

"The first thing he told my family was: Get Glen a dog, right away," Moody said.

The Patriotic Service Dog Foundation is run by Tom Tackett.

Tackett served in the Air Force in Vietnam. His background was in training police dogs, but after a friend asked for help training a service dog, he saw a greater need in helping veterans.

The nonprofit pairs up canines with veterans and offers training. As well as so much more. The healing is profound.

"The best part about training with a dog is no matter what you do that dog is always going to be there for you," Moody said.

Tackett said some dogs are donated by breeders, but others are rescues. Training costs about $25,000 for each dog - but the services are provided to veterans for free.

It's hard to put a price on the rewards.

"One of the best calls I get - one is from a wife or mom who says thanks for giving me my son back," Tackett said.

He added the other calls he's gratified to get are from veterans. Tackett said some call after going through the training program and tell him that they're doing so well, they're able to get off their medications.

Gabriel Ramirez echoes the gratitude many feel for Tackett and the trainers who are part of the foundation.

The slogan for the Patriotic Service Dog Foundation is 22 to 0.

Tom Tackett explains what it means.

"We came up with our slogan of 22 to zero, because 22 represents the number of veterans who commit suicide every day. And our goal is to make that zero," he said.
Report a correction or typo
Related topics:
societydogsveteransabc7 salutescommunityservice animal
Copyright © 2021 KABC-TV. All Rights Reserved.
ABC7 SALUTES 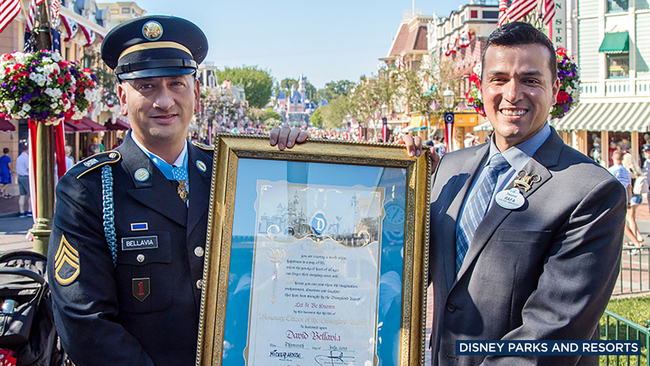 Disneyland honors Medal of Honor recipient from the Iraq War 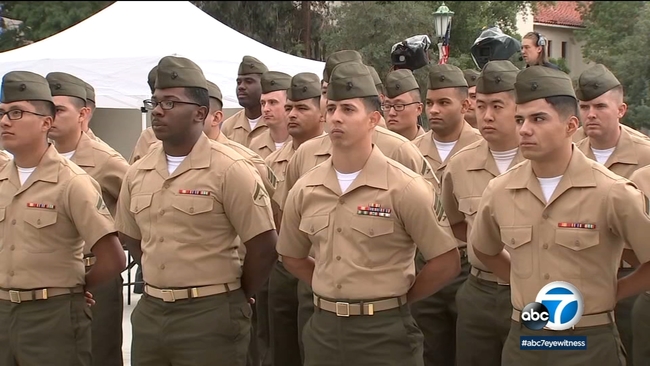