KGO
SACRAMENTO, Calif. -- It is the kind of pageantry that any peace officer or their families dread. Pageantry with thin blue lines and thin blue flags. A funeral on Thursday thick with sadness extending onto the streets of Roseville.

"They risk their lives every day for us. The least I can do is show my support," said Gene Hamilton, standing with a sign.

RELATED: Who was Officer Tara O'Sullivan?

And so, as bagpipes played and helicopters flew above, we watched a massive show of support and farewell to Sacramento Police Officer Tara O'Sullivan.

The 26-year-old officer grew up in the East Bay and graduated from the Sacramento Police Academy in December 2018.

She died last week of gunshot rounds while helping a woman remove possessions from a home during a domestic dispute in North Sacramento. The suspect has a long record. O'Sullivan was a rookie. She's been on the job just six months, and already made a strong impression.

"What you see is what you get," added Pastor Anthony Sadler. "Tara was real. Authentic. That's the type of person Tara is."

The service took place at Bayside Church Adventure Campus in Roseville. An overflow memorial service viewing area with a video feed of the service was also set up at Destiny Christian Church in Rocklin.

While the death of any police officer feels tragic, this one resonates across California. O'Sullivan already knew she wanted to be a police officer by the time she enrolled at College Park High School in Pleasant Hill. Friends describe her as single-minded, focused, driven -- a young woman of strong convictions and unique qualities.

"She was one of those people who devoured life with strength and kindness in equal measure. Aggressive vigor, a gentle touch. Marble wrapped in velvet," said her godfather, Gary Rousch.

That description weighed heavy on about 3,000 people at the service, and certainly on her parents as police officers from across the state and nation placed her casket in a hearse.

That potential price is the risk in ever-present in any officer's mind. A price accepted and sometimes paid, though rarely by one so young on the thin blue line.

"We are forever humbled by the enormity of your sacrifice. You are family," said Chief Hahn.

"We are forever humbled by the enormity of your sacrifice." Sacramento police chief honors fallen Officer Tara O'Sullivan.

Supporters and law enforcement lined highway overpasses as the Bay Area native's casket was taken to a church in Roseville earlier Thursday morning. When the casket arrived at the church, even more law enforcement officers greeted the procession.

O'Sullivan was the first Sacramento police officer killed on duty in 20 years. 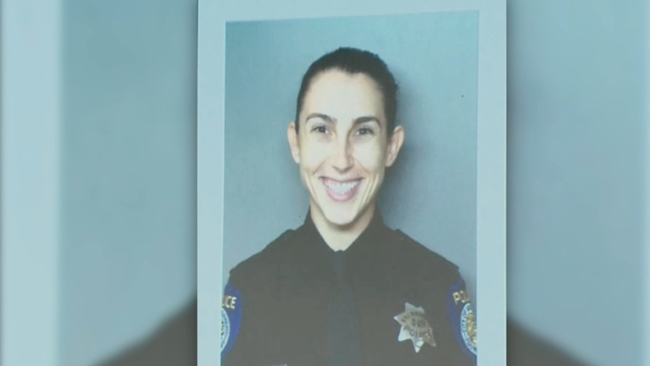 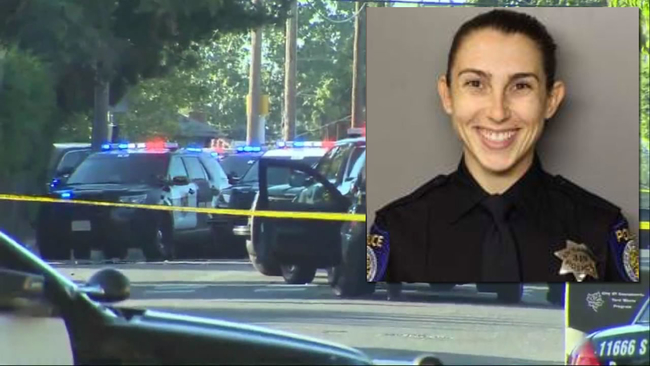