Tower District holds Halloween festivities for the kids and adults 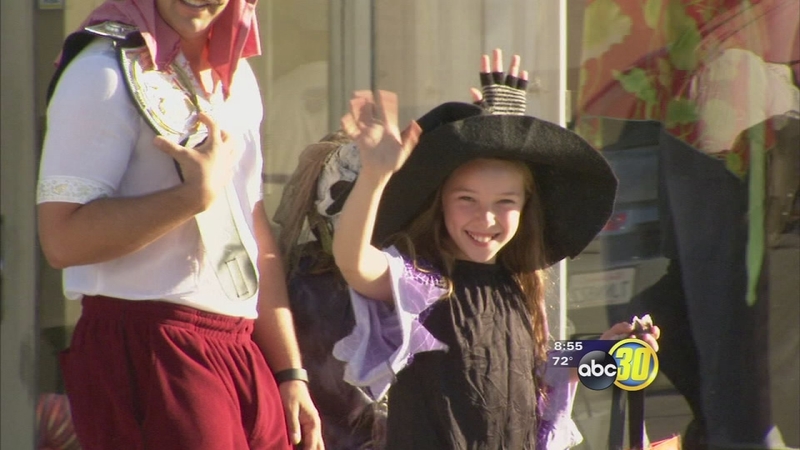 Tower district's holds Halloween festivities for the kids and adults

FRESNO, Calif. (KFSN) -- As early as this afternoon, the streets of Fresno's Tower District were filled with kids and their families going business to business, trick or treating.

It was part of usual Tower festivities before the area became more adult-oriented."There's a lot of trick-or-treaters out here and we thought it would be a neat idea to do something different this year," said Fresno resident Tom Burket, who took his family to the Tower District.

FAB Nightclub part-owner Terry Story was handing out candy to kids, dressed as a unicorn. FAB opened earlier this month, with a grand-opening scheduled for next month. Halloween night they hosted a Dance with the Dead party, including a "crowning of the cadaver court." "A lot of people from North (Fresno) and other places come here on a regular basis for nightlife, and tonight even more so especially with Halloween being on a weekend," Story said.

Story says that they welcome everyone to fab nightclub to have a good time and party. Because of that, he says there's a good, safe, atmosphere, but he says he's got a great security team on hand just in case anyone gets rowdy.