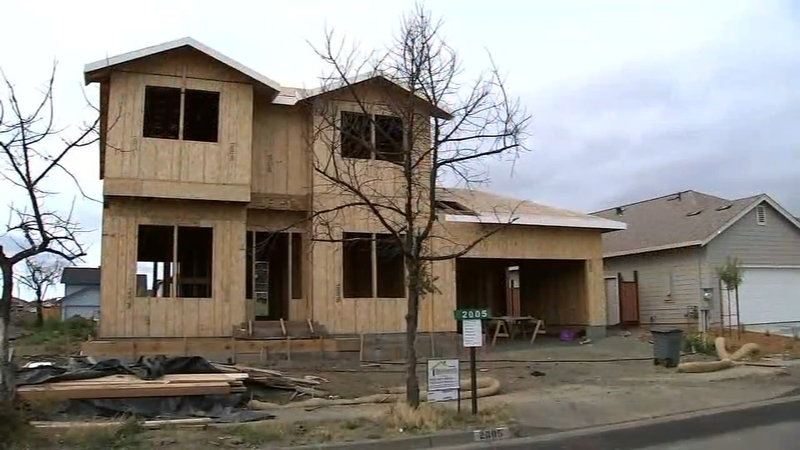 TULARE, Calif. (KFSN) -- The trusses sit exposed to the elements. The holes that have been dug are now a hazard, and Carol McHale is through with Chiaramonte Construction.

She says she was told the home to replace the one she lost in the Tubbs Fire would be finished by this month.

But after paying the company $90,000 and no progress being made, she's contacted attorneys and plans to complain to the contractor's state license board, joining other Tubbs Fire victims who are speaking out against the Tulare-based company.

"They didn't know what they were getting themselves into," McHale said. "They promised the world because they thought they could do this, and they were wrong, they were wrong."

Of the 30 homes Chiaramonte is currently building in Northern California, they say they have completed three to four houses for what they contracted for, and say several more are almost done.

"We are finishing homes within budget and we are working on our homes diligently," said corporate officer Pam Chiaramonte.

Chiaramonte says they've faced challenges no one could have predicted since setting up shop in Petaluma, including a back up of building permits with local governments, and a very wet winter that pushed construction back.

Chiaramonte says there's also a disgruntled ex-employee who she believes is the driving force behind the effort to drag the company through the mud, and that the negative publicity has been devastating for the company and her family.

"We've offered to pay our customers rent, to keep them where they are so they don't have to worry if something goes over a couple of days past a deadline," she said. "We've offered so much and bent over backwards to help."

Chiaramonte says customers who want to cancel their contracts can, but adds there will be a full accounting and that they have the right recover their direct expenses.

But she says they're not ambulance chasers and plan to continue the work they're doing in the Bay Area.

"Our heart and our intent to go up there would probably always be the same and if we saw another disaster happen we would grieve for them," Chiaramonte said. "If somebody asked us to come alongside them and help them, we would consider it, but we probably never do it the same way again."

The Contractor State License Board says they are investigating eight complaints against Chiaramonte so far.