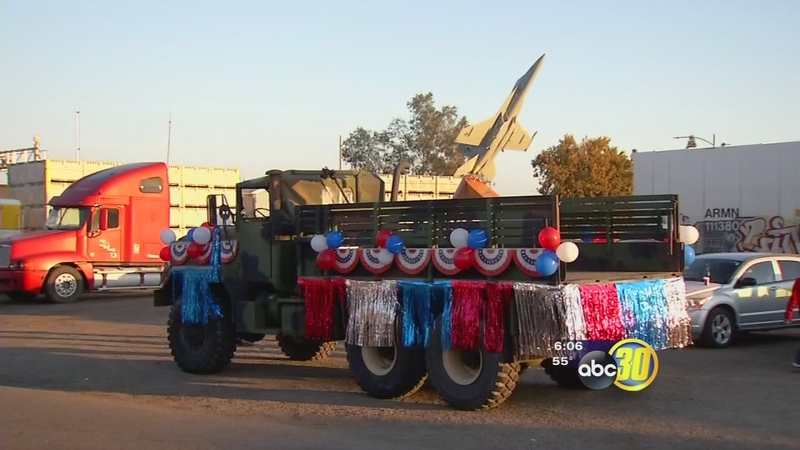 Downtown Lemoore was lined with American flags Wednesday to pay tribute to our country's veterans.

"We want to honor the vets and what better way on Veterans Day?" said American Legion Post 100 Commander Bill Overby.

The post and the Lemoore Parks and Recreation Department put on the third annual parade-- which included more than 40 floats.

Lemoore Naval Air Station also had a handful of units present at this year's parade. Since the first parade, they've helped make it successful, with visitors coming from all over the South Valley. "When you have the navy base eight miles away, it's pretty straightforward," said John Ince, Army veteran of the Vietnam War.

"The community support, and the base, the two are interlocked," Overby said.

Overby has two daughters that have served, and appreciates the service of some of our country's younger veterans, like Marisa Mellon. Mellon had a few different commands at Lemoore Naval Air Station. "I did my job, I loved it, I didn't think of myself as anyone who was out there fighting war and I don't see myself as anyone who deserves as much recognition as the people that go into battle," said Mellon. "But (the parade) is kind of cool. It's really cool."

Mellon says she didn't even know there was a parade in downtown Lemoore until Wednesday morning. She left the Navy a year and a half ago to take care of her son. She hopes he'll take away something from this show of appreciation for his mother, and all veterans.

A local marching bands made their way down Main Street in Merced, along with law enforcement agencies, firefighters, and elected officials.

Earlier in the day the city of Merced held their Veteran's Day parade.

A local marching bands made their way down Main Street along with law enforcement agencies, firefighters, and elected officials.

Several veterans also participated or joined their families on the sidelines to watch the festivities. For some, serving in the military is a tradition that spans several generations.

Several other veterans day parades took place across the Central Valley Wednesday, including one in the South Valley.

Several other Veterans Day parades took place across the Central Valley Wednesday, including one in the South Valley.

This is the 97th year for the event in Porterville. Baton groups and marching bands all made their way down Main Street this morning. The theme of this year's parade was "Building America's Future". "Probably one of the biggest events Porterville city has. Very impressive. You don't see this kind of parade in the size of this town in most other cities around," said Steve Schultz, veteran.

The parade was just one of the events that took place as part of Veterans Week.

There was also a special event at Porterville College and a dinner for the 40th anniversary of the end of the Vietnam War.

Students in the North Valley put on a special show this week for some valley vets.

On Tuesday students in the North Valley put on a special show this for some valley vets.

Students also held a moment of silence for all those who lost their lives. And each veteran in attendance received a book of with handwritten letters of thanks from each elementary school classroom.
Related topics:
societyparadeveterans dayveteransgood newsveteran
Copyright © 2021 KFSN-TV. All Rights Reserved.
RELATED 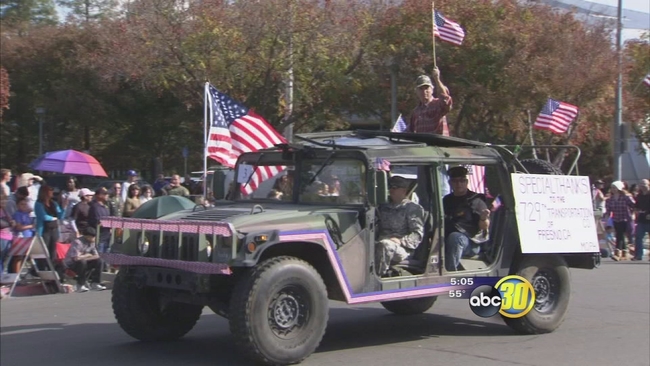 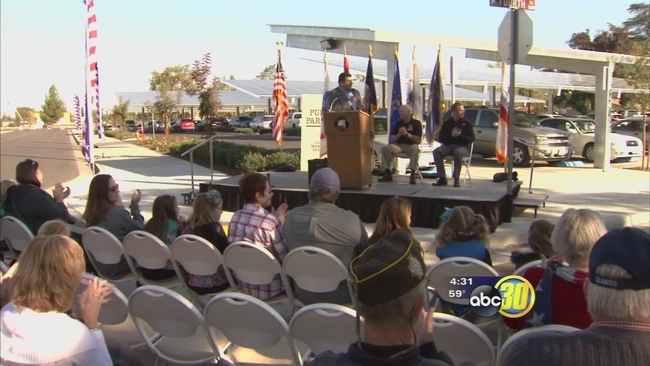 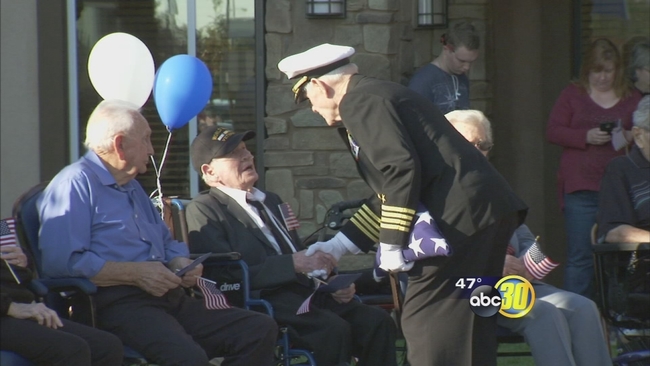 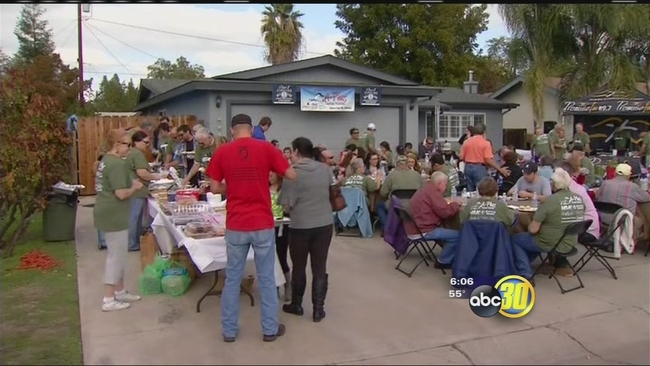