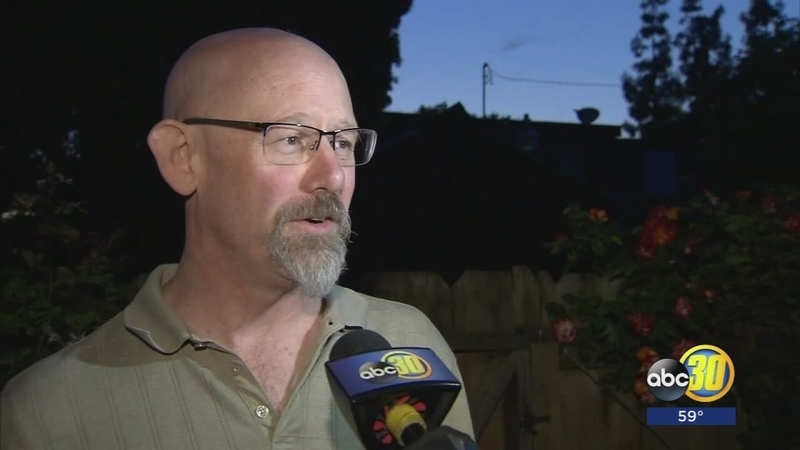 FRESNO, Calif. (KFSN) -- It was a moment Aaron Van Curen says life never prepared him for and a sight he will never forget.

"The guy was on his way down to the ground when he fell."

But in this moment, Van Curen realized how quickly life can come to an end.

"I felt for a pulse and, not that I know what I'm doing, but I couldn't find one and someone turned him over and he was very obviously dead."

That man was the 37-year-old victim in Tuesday's tragic shooting in Downtown Fresno. He was shot outside of Catholic Charities-- a place Fresno Police Chief Jerry Dyer said he had just walked out of for help.

"He was actually carrying a paper grocery bag with him and he had just gone to Catholic Charities to pick up food and he was walking away when he was shot and killed."

Van Curen said he then saw the suspect, Kori Muhummad, take off.

"It was the guy with the gun-- the guy ran off to the corner."

But in that time of fear, Van Curen's focus was still on the man fighting for his life-- a man who became the victim of tragedy.

"Someone suggested that I go get a blanket, so I went and got a blanket and we covered him up."

An unsettling experience that has left this man, who risked his life to save someone else's, praying for those affected.
Related topics:
societyfresno downtownfresno shooting spreevictimsshootingfresno
Copyright © 2021 KFSN-TV. All Rights Reserved.
RELATED