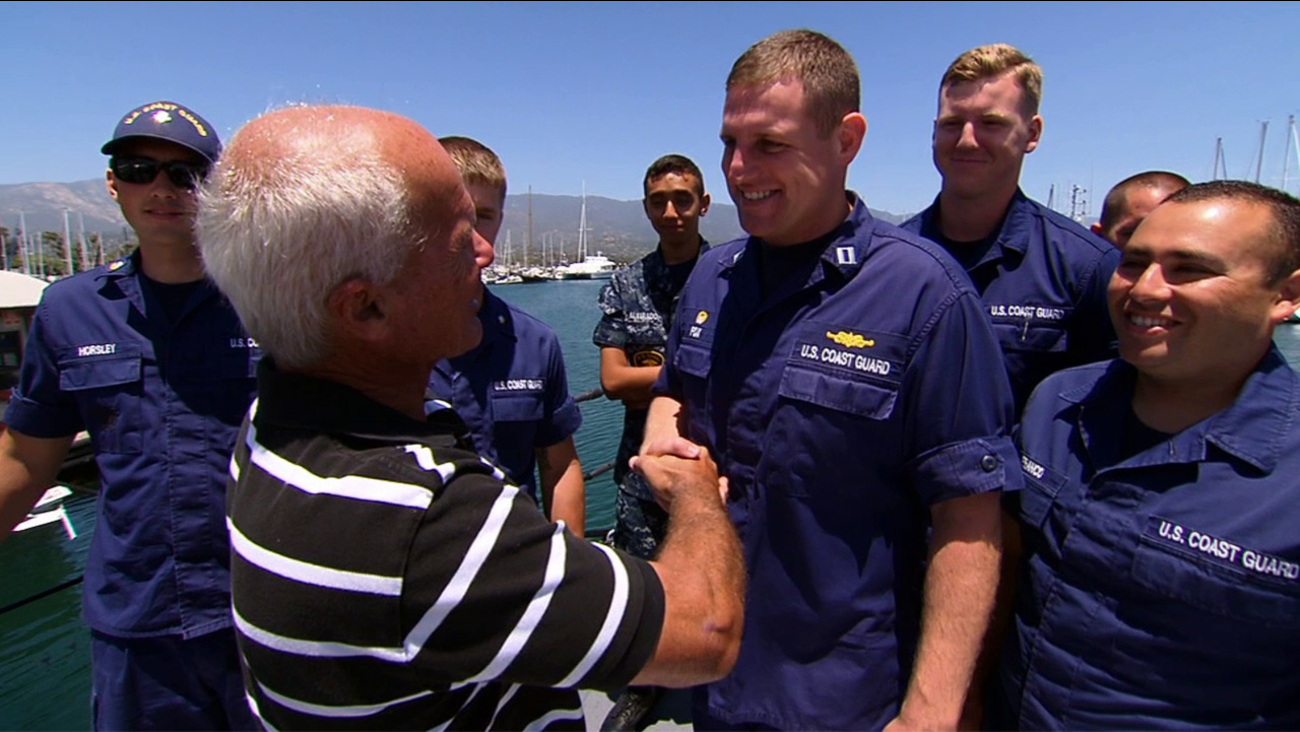 Ron Webber shakes the hand of a crew member of the U.S. Coast Guard who rescued him after 14 hours at sea.

SOLVANG, Calif. -- A missing kayaker from Solvang was rescued in "pitch black" conditions over the weekend after spending 14 hours at sea.

"I had no idea which way I was paddling. The waves were going in all different directions. I didn't even know if I was paddling towards shore. I could've been going farther out... I didn't have much hope at that time," said Ron Webber.

The U.S. Coast Guard found the 57-year-old about 9 miles south of Gaviota Beach at about 3:30 a.m. Saturday.

Webber had gone kayaking alone Friday afternoon. He tried to paddle back to shore, but the strong current pushed him back out.

"I've seen some pretty big waves before, but all of a sudden I was paddling as hard as I could and was getting nowhere," Webber said.

"I did yell a couple of times and waved furiously," said Webber, who left his cellphone in the car. "There was just no response."

His wife drove to Gaviota and contacted authorities when he failed to come home. The U.S. Coast Guard Cutter Halibut spotted him on a radar and brought him back to the Santa Barbara City Harbor shortly before 6 a.m.

Webber was wearing a shirt, shorts and life vest. He was mildly hypothermic, but otherwise in good condition.

The father of three children thanked his rescuers on Monday for saving his life.