Son-in-law of former chief on trial for manslaughter 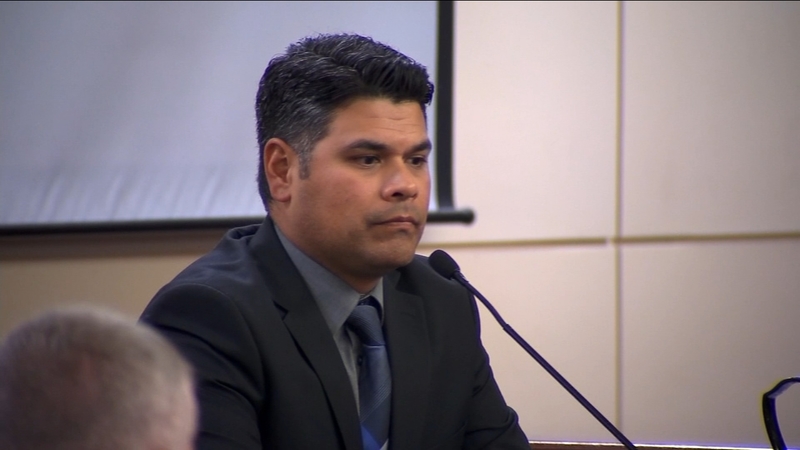 Son-in-law of former chief on trial for mansalughter

FRESNO, Calif. (KFSN) -- Both prosecutors and defense attorneys gave their closing statements today in the case of "Jesse Saucedo".

He faces manslaughter charges after he was arrested in 2014 in connection with the death of Jack Kline.

The fate of Jesse Saucedo now lies in the hands of a jury.

Prosecutors say Jesse Saucedo’s testimony is inconsistent.Defense says Saucedo hit Kline out of self defense.Jury is now deliberating.Saucedo is facing manslaughter charges in connection with the death of Jack Kline.What attorneys had to say to the jury,coming up at 6:30 @ABC30 pic.twitter.com/z9kel2z8GK

Saucedo, who is also the former Merced police chief's son-in-law, is facing manslaughter charges in connection with the death of Jack Kline in 2014.

Attorneys claim Saucedo punched Kline during a fight at a comedy show, leading to his death weeks later.

They also told the jury that Saucedo was being evasive, and his testimony was inconsistent with what he told police back in 2014.

Prosecutors also told the jury they should be skeptical of the defense witnesses.

"They're all his close friends or next door neighbors. They had four years to find an independent witness at the theatre, they had no one to corroborate his story," said Min.

The defense argues that Saucedo hit Kline out of self-defense, and many of the witnesses couldn't actually tell who threw the punch.

"Somebody described this like a mosh pit. This is people fighting and who knows who was hitting who. And the light was off most of the time," said Defense Attorney Kirk Mcallister.

He also says that the coroner found multiple bruises on Kline's legs, and neurosurgeons testified that Kline has brain injuries that seemed to have been there prior to the fight.

"He remembers talking with Mr. Kline said that he had a hard fall the month before. But didn't go to the doctor before," said Mcallister.