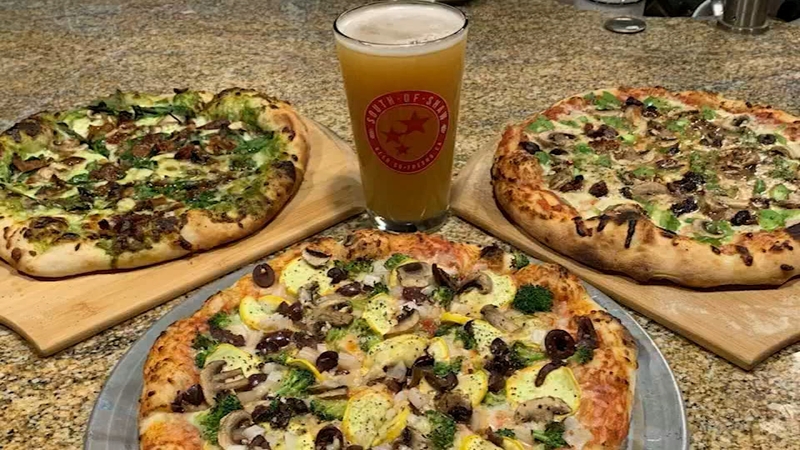 "About 3 years in the making. From brewing in Dana, the brewer's garage to having little tastings with family and friends to having the big lot at the Peerless Building, its really exciting," said assistant manager Sydnie Brazile.

The new space along Broadway and Amador was built during the prohibition era. Owners say it was important to bring back some nostalgia to the area while the attention to detail inside pays homage to the 1920s.

"We wanted to capture the heyday of what was south of Shaw back then. There was no north of Shaw and so with this, we captured the colors with the red and the black with gold trim. We tried to make it a more modern comfortable environment but using the old looks and art deco style," said co-owner Doug Dart.

Dart is one of the three owners of South of Shaw and says the name comes from a local 90's band and a play on traveling south of town.

Along with a dozen beers on tap, South of Shaw also serves wine with plans to soon start offering artisan pizzas.

"We have some really good pizzas that we want to serve to people. We have a pickle pizza, which is kind of like the PB&J burger. It's a little strange but also delicious and we have a bacon jalapeno pizza and a few others," Brazile said.