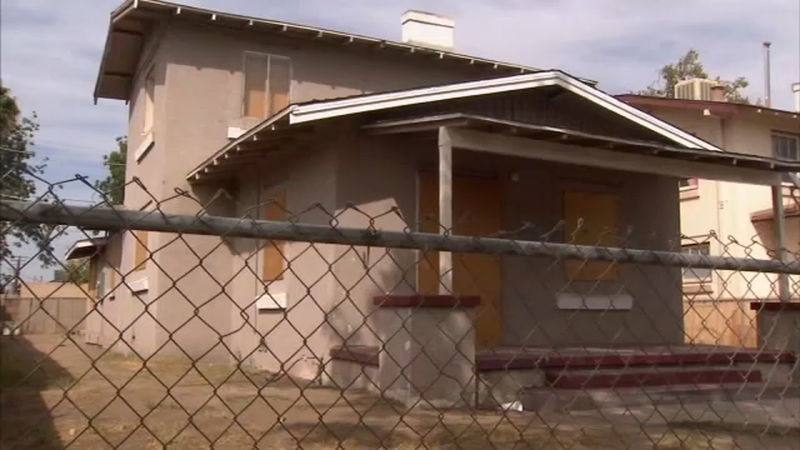 On the corner of Wilson and Dudley Avenue in South Tower District, Fresno Councilmember Miguel Arias set up poster boards to unveil his multi-million dollar plan to fix infrastructure issues and increase safety.


Arias is setting his sights on fixing up neighborhoods in his district.

He said, "This part of town was annexed into the city more than 110 years ago. And to this day still doesn't have the basic infrastructure, you'll find across other parts of the city,"

"I can tell you that these big bumps, this poor patchwork, and these huge cracks in the roads are a safety concern. Safety in the neighborhood has to go beyond simply policing, and it has to go to be investing in neighborhood infrastructure in our community," he said.

Residents in this community gathered to voice their concerns to the councilman.


Steven Chandler has lived in South Tower since 1976 - just a few minutes from Muir Elementary School.

Chandler says sidewalks are important for kids' safety, but he wants to consider each street on a case by case basis.

"I think there are a lot of streets where we do need sidewalks and street reconstruction, and that will make a big difference of the safety of children walking to school," Chandler said. "You consider the wellbeing of children that walk by here every day on their way to school how could you put a price on that."

Arias says the city will receive more than $100 million in sales tax revenue this fiscal year, $250 million from the federal government, $37 million from the Measure P parks tax, property taxes and the start of a cannabis tax.

Arias hopes to bring forward a solution -- such as converting empty lots like this into new housing.

Arias says he wants to invest $20 million in repaving the streets, fixing and building sidewalks, and even cutting down trees. This is something one other resident of South Tower, John Cummings, said he wishes would have been done sooner.


Pointing to a tree with broken limbs, Cummings said, "These trees are like 100 years old and they are beautiful, but the city does not maintain them like they used to and we've been losing huge branches."

Two years ago, Cummings called a tree specialists with the city to cut down heavy, hanging branches. Cummings said they never came to fix the problem.

"If they don't fall out of the tree, they don't worry about it. One day, one of them will land on somebody, then they might takes action," Cummings said.

Budget hearings for the next fiscal year begin next week.