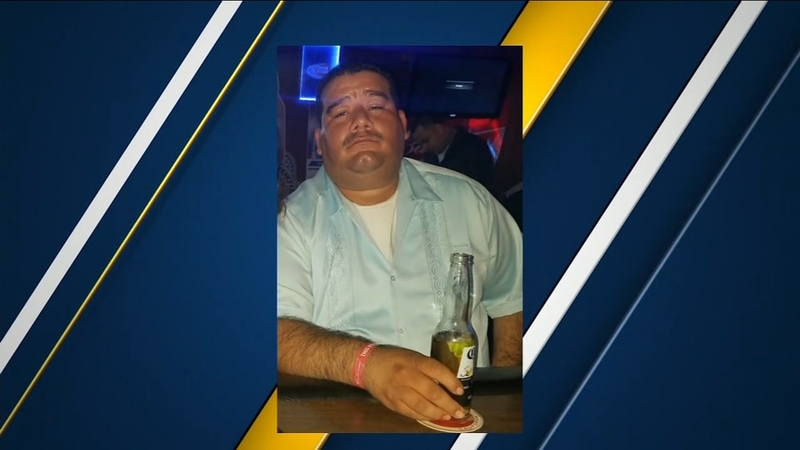 South Valley shooter could be connected to a murder that took place in Lindsay.

VISALIA, Calif. (KFSN) -- Between two sheriff's deputies and the suspect, a barrage of bullets were exchanged just outside Visalia city limits.

One day after the intense shootout, the Tulare County Sheriff's Office released body camera video from one of those deputies.

You can hear him calling for help, and then continuing to shoot at Gustavo Garcia from behind his patrol car.

Garcia escaped unharmed, running into an orchard, where authorities say he carjacked some farmworkers before starting another pursuit with Visalia Police.

That pursuit ended near Porterville when Garcia crashed into several other cars-he died at the scene.

RELATED: Suspect connected to multiple crimes in the South Valley had prior criminal record, authorities say

The CHP says he had been driving the wrong way and was trying to hit other cars.

But before his demise, authorities say Garcia had been on a reign of terror throughout Tulare County.

Shooting a farmworker and robbing an Exeter gas station, shooting a woman outside of a Motel 6 in Tulare on Sunday, and early Monday morning, shooting and killing Farmersville father Rocky Jones outside a Visalia gas station.

But Jones may not have been Garcia's only murder victim.

Investigators in Lindsay say they've reviewed surveillance video from the area where a man was shot and killed on Sunday afternoon.

The video shows a vehicle that matches the description of the one Garcia used up until his shootout with deputies-a grey Honda SUV.

"We're attempting to obtain additional surveillance video as well as use forensic evidence from the scene and matching it to these other crimes," said Lieutenant Ryan Heinks, Lindsay Police Department.

The victim in that shooting has been identified as 38-year-old Rolando Soto.

His older brother Tony says he was always laughing, always happy, "Rolando was a person with a big heart. (He was) a good father, good brother and when you needed some help, he was there to help whether it was with words or a ride or whatever, he was always there when people needed him."

As they wait for the final word on who killed Rolando, his family members say they will be there for each other, and they send their condolences to Garcia's other victims.

Garcia's autopsy is scheduled for Thursday.

A number of people were hurt in Monday's crash near Porterville.