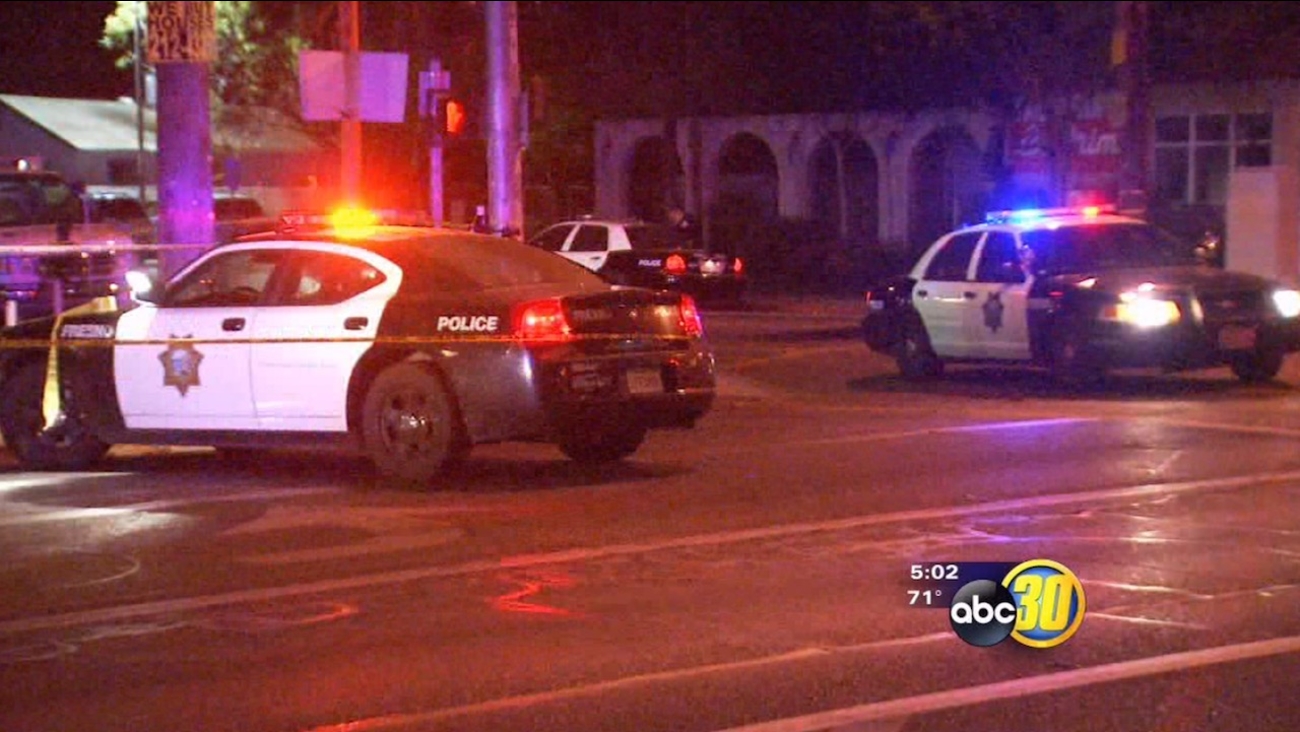 KFSN
FRESNO, Calif. (KFSN) -- Fresno police are looking for two suspects believed to have been involved in a shooting during an attempted robbery. It happened Sunday night near Butler and Orange avenues in Southeast Fresno.

Witnesses say two suspects approached the victim and demanded money. When the victim said he didn't have any, one of the suspects shot the victim once.

The suspects then drove away in a white vehicle. After a short chase, officers were able to arrest two teens, who aren't being identified because of their age. Police are still looking for two other suspects believed to have been in the car.

The victim is in critical condition but is expected to survive.