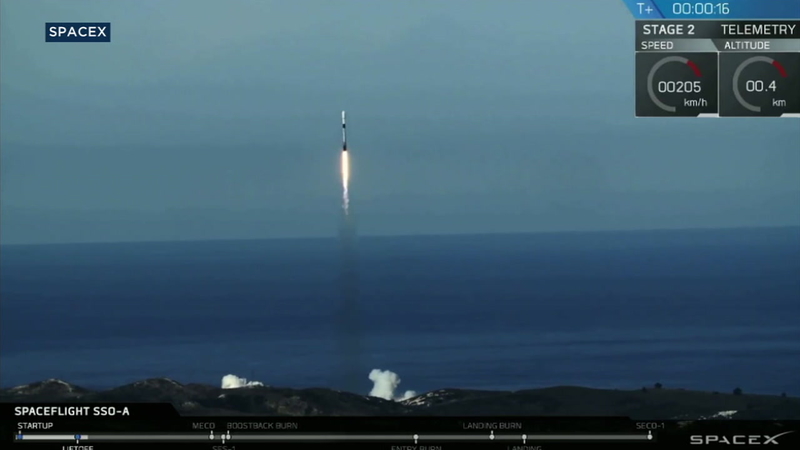 VANDENBERG AIR FORCE BASE, Calif. -- After several delays, SpaceX launched its Falcon 9 rocket, which carried the cremated remains of about 100 people and 64 satellites into space.

The launch at Vandenberg Air Force Base was postponed Sunday to conduct additional inspections of the second stage, the third time the launch has been delayed.

SpaceX said families paid $2,500 to put a sample of their loved ones ashes on the rocket.

The ashes were onboard four-inch mini-satellites that families will be able to track from Earth using an app.

Falcon 9 also carried 64 satellites -- commercial and government entities from more than 17 countries -- on what's being called a "ridesharing" mission.