KFSN
By Steffie Drucker
Days after Stephen Hillenburg, the creator of Nickelodeon's "SpongeBob SquarePants," died, fans of the show are rallying to pay tribute to his legacy by emulating a stand-out episode of the show.

One of the most epic episodes of the show, which is the longest-running on Nickelodeon, was the "Band Geeks" episode, in which Spongebob and friends form a marching band in order to show up Squidward's high school rival, Squilliam Fancyson. Though the group sounds terrible in rehearsal, they ultimately pull it together and make Squidward look good in front of his rival, performing the song "Sweet Victory" at the Bikini Bottom Bubble Bowl.

Spongebob fans have started a petition to have "Sweet Victory" performed at the Super Bowl in February in honor of Hillenburg.

"As a tribute to his legacy, his contributions to a generation of children, and to truly showcase the greatness of this song, we call for Sweet Victory to be performed at the halftime show," the petition reads.

"It's a hugely inspirational song that I listen to when working out and boosting confidence, but besides that I want it played at the Super Bowl to honor the man who gave us one of the greatest and most quotable cartoons of all time," Jonathan Hersey wrote as his reason for signing the petition. "His legacy should be honored for all the laughs and smiles his precious creation gave us both as children and as adults."

The petition called for 500,000 signatures and had already garnered more than 475,000 by Sunday afternoon, less than five days after it was started.

The petition also got a boost from Bob Kulick, a Grammy-winning producer who worked on the song for the episode, when he retweeted it Dec. 1.

NFL: Have “Sweet Victory” Performed at the Super Bowl - Sign the Petition! https://t.co/6ekSNV4TSC via @Change

"This is mind boggling," the petition's creator, Isreal Colunga, posted as an update when the petition reached 400,000 signatures at noon on Sunday. "I did not think the petition would even get past three signatures WHAT IN THE WORLD"

Currently, Maroon 5 is set to perform the halftime show.

Hillenburg, 57, last year revealed he had been diagnosed with amyotrophic lateral sclerosis, more commonly known as ALS or Lou Gehrig's disease. He died of the disease Nov. 27.

Hillenburg conceived, wrote, produced and directed the animated series, which began in 1999 and is currently in its eleventh season. The series, which stars voice actor Tom Kenny in the title role, follows a gregarious sponge who "lives in a pineapple under the sea" and all his ocean-residing friends.

Prior to "SpongeBob," Hillenburg worked as a marine biology teacher. When he revealed his diagnosis to Variety, he said he'd continue to work on the show and his other passions for as long as he could.

ALS is a disease that affects nerve cells in the brain and spinal cord. It progressively kills the neurons that control muscles, eventually leading to paralysis. The fight for a cure came into the spotlight in 2014 with the ice bucket challenge, which raised more than $100 million. Scientists are still racing to find a cure. 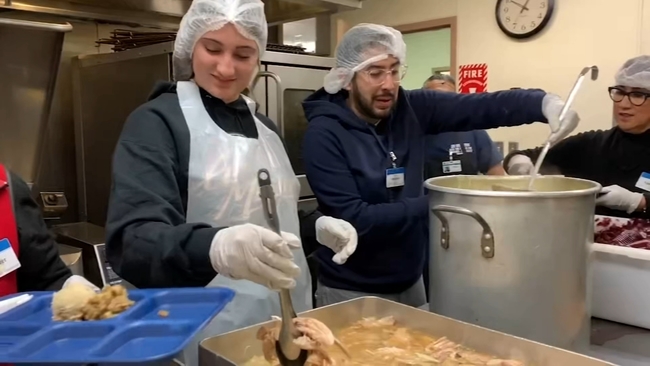