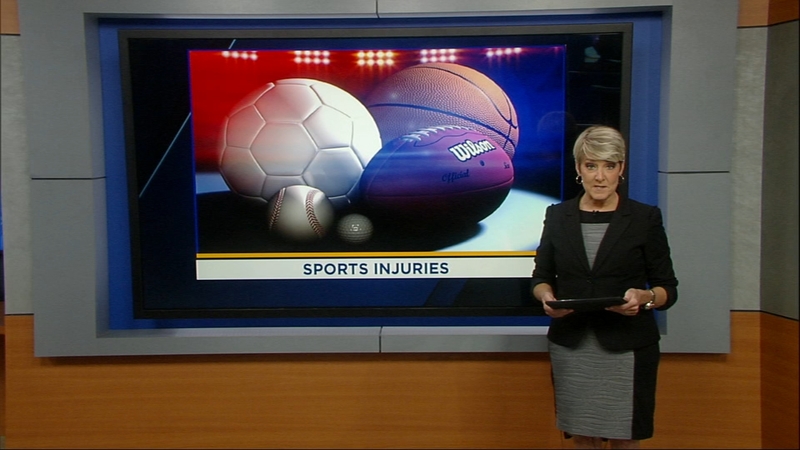 FRESNO, Calif. (KFSN) -- It's a frightening statistic, especially if you have a son or daughter involved in sports. Every year a million and a half children go down with a serious sports injury. Kids as young as eight now have ACL tears and major league-level shoulder injuries like Tommy John. Why? Find out about a doctor at UCSF whose study provides some answers.

Being stuck on the sidelines is excruciating. Just ask sisters, Gina and Anna Trent. The game they love to play, soccer, is out of reach now because of the type of injury usually suffered by adults.

Gina continued, "Once they found out I tore my ACL, we planned to have surgery the same day."

Many kids are just playing one sport hoping that sole focus will pay off big. The downside to that gamble--serious injuries.

Mary Trent, Anna and Gina's mom, shared, "You experience concussions, hurt knees and scrapes and bruises all over the body. It is a pretty rough sport."

"Most of those kids just want to play on the playground, they don't know what an ACL is. And, now we're seeing it in kids as young as five, six, seven years of age," said Nirav Pandya, MD at UCSF Benioff Children's Hospital.

Dr. Pandya and his research team decided to look for the answer to so many injuries in kids.

"We looked at first-round NBA draft picks and saw how many of them played single sports in high school versus multiple sports and how did that impact their career. What we actually found was the NBA players who played multiple sports, played in more games, were less likely to be injured," Dr. Pandya stated.

Playing different sports allows the body to use and stress different muscles and ligaments, not overusing and straining the same groups of muscles used in a single sport.

Dr. Pandya continued, "You're gonna do better in your sport if you're playing multiple sports and you're less likely to be in my office because you've been injured."

Gina and Anna are both rehabbing after their ACL surgeries and have good news for their parents and their surgeons.

And that's just what the doctor ordered.