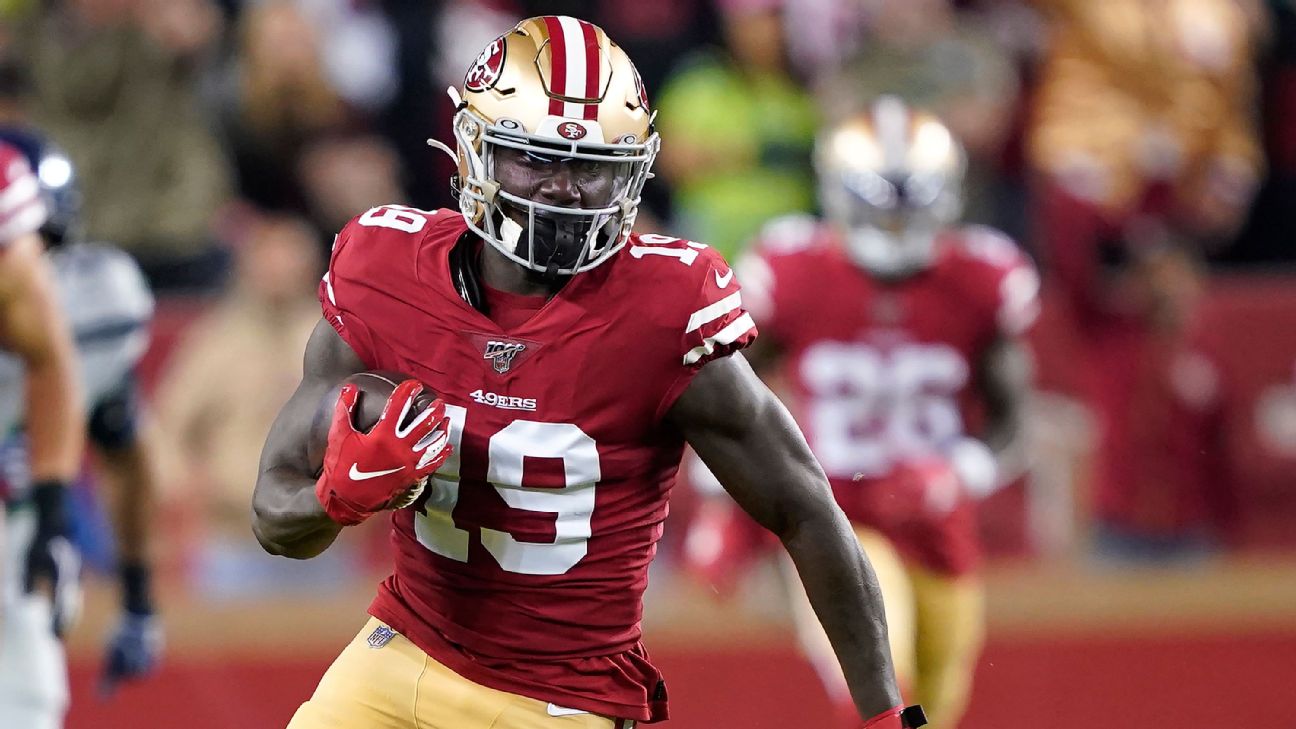 The Jones fracture is a break between the base and middle part of the fifth metatarsal of the foot, and it required surgery, which Samuel had Thursday in Green Bay, Wisconsin.


"Surgery went perfect," Samuel said on Instagram Live. "I'm telling you all, in 10 weeks there will be a better Deebo than you have seen. I'm telling you. Legendary."

According to the 49ers, the timetable for Samuel's potential return is not yet known, though they expect to have a better idea when the team reports for training camp in late July. A source told ESPN's Adam Schefter that Samuel is expected to be OK for Week 1.

The 49ers also announced Friday that wide receiver Richie James Jr. had suffered a fractured right wrist this week. A source told ESPN that surgery has not been scheduled and that the team is hoping James can recover in two months. The 49ers are expected to have a better idea of James' timeline for a return when players report for training camp next month.

James was the team's leading kick and punt returner last season, though he likely will compete with free-agent addition Travis Benjamin for those roles in 2020.

Samuel suffered his injury while working out with other Niners skill-position players in Nashville this week, as they have been unable to do their normal on-field work in Santa Clara because of the coronavirus pandemic.


He took to Twitter to acknowledge the injury Thursday afternoon, offering optimism that he would be OK and even a timeline for his recovery.

Under normal circumstances, a Jones fracture usually requires a six- to eight-week recovery, though it can be more or less, depending on the severity of the fracture and the success of the ensuing operation.

Last year, 49ers wide receiver Trent Taylor suffered a Jones fracture in his right foot during training camp and was expected to return in about six weeks.

But Taylor's first surgery didn't help, and when he went back for a second operation, his foot became infected. Taylor ended up missing the entire season.

The 49ers are optimistic that Samuel won't have complications like those that kept Taylor out last season.


Losing Samuel for any length of time would be a big blow for the Niners' offense. As a rookie in 2019, Samuel emerged as one of the team's most dangerous dual-threat weapons, posting 57 catches for 802 yards and three touchdowns and adding 159 yards and three scores on the ground.

Following the offseason departure of Emmanuel Sanders to the New Orleans Saints in free agency, Samuel is expected to step into the role as the team's No. 1 wideout. In May, Samuel said he doesn't intend to alter his approach, regardless of expectations.

"Honestly, I don't think I will change anything that I have been doing," Samuel said then. "Just continue to be me, even if it's not being a No. 1 receiver; just continuing to go out there and doing my job and bringing my teammates along. This is a team sport; it's not about one person. So I mean everybody has got to be on the same accord to go out there and get the job done."

Before going to Nashville for this week's workouts, Samuel had been training in Houston with Adrian Peterson and new Niners left tackle Trent Williams, among others. 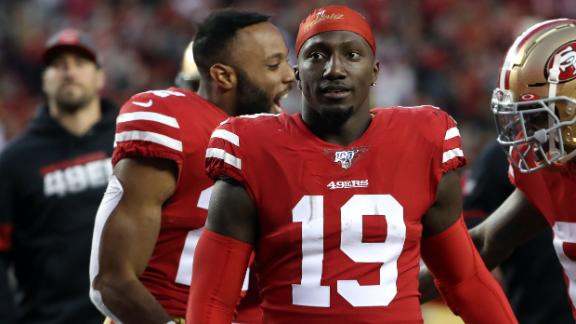