Aaron Hernandez to be arraigned 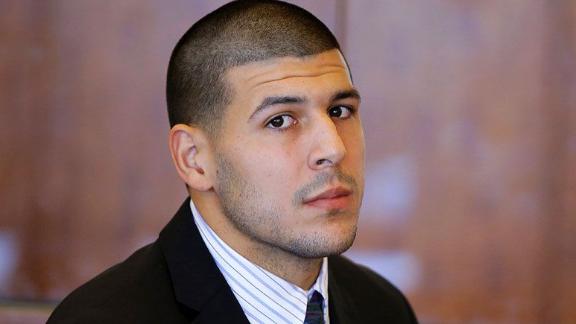 ESPN
BOSTON -- Former New England Patriots tight end Aaron Hernandez is due in court Wednesday to be arraigned on murder charges alleging he ambushed and gunned down two men in 2012 after a chance encounter inside a Boston nightclub.

Hernandez is scheduled to appear Wednesday afternoon in Suffolk Superior Court in the shooting deaths of Daniel de Abreu and Safiro Furtado. A third man was wounded.

Prosecutors have said that after Hernandez and an associate encountered the two men in a club, Hernandez followed them in an SUV, pulled up alongside them as their vehicle stopped at a red light and opened fire.

Hernandez, 24, already faces charges in the 2013 slaying of semi-pro football player Odin Lloyd. He was released by the Patriots last summer after his arrest in Lloyd's shooting death.

Authorities have not said if there is any connection between the 2012 killings and Lloyd's slaying. Lloyd's body was found in an industrial park near Hernandez's home in North Attleborough. Lloyd was dating a sister of Hernandez's fiancee.

Hernandez's lawyers have said he is looking forward to proving his innocence.