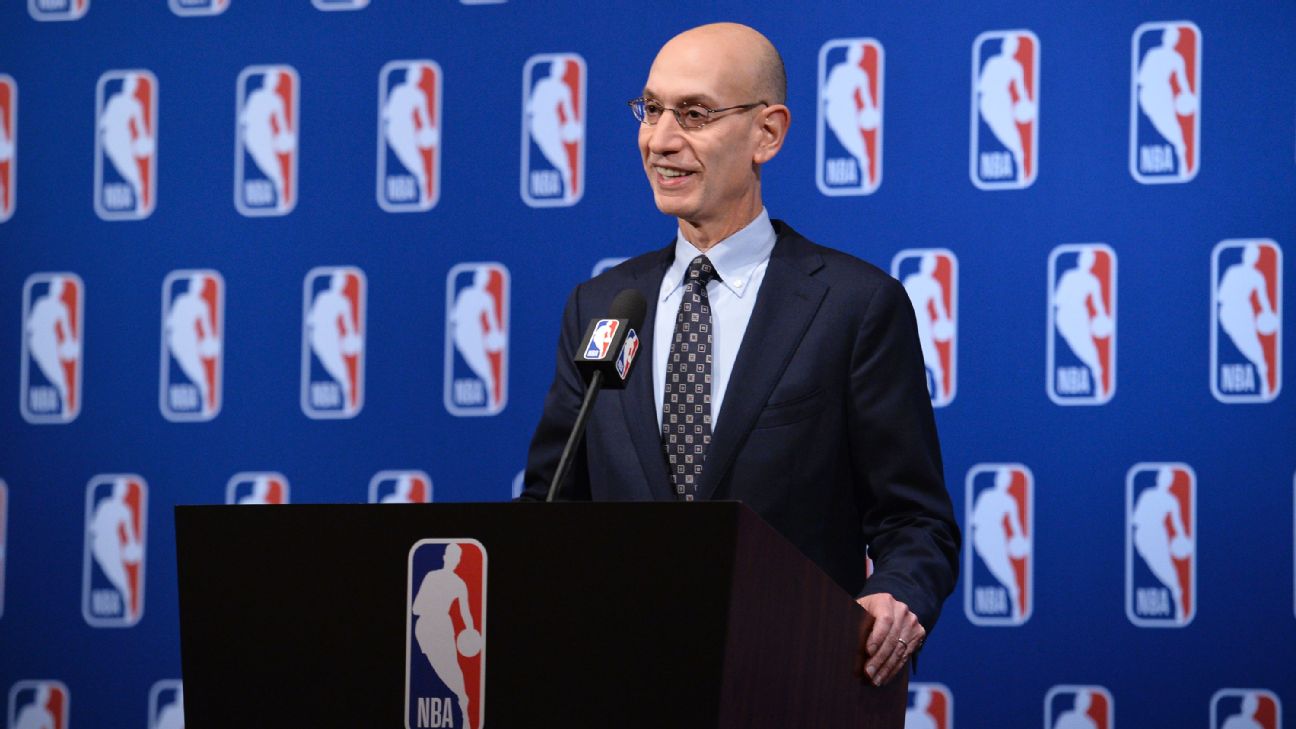 LAS VEGAS -- Saying that he doesn't think theGolden State Warriors' dominance is bad for the league, NBA commissioner Adam Silver said owners held a "robust" conversation at the board of governors meeting about improving the current competitive landscape and that the NBA can create "a better system."

Silver also said the NBA is ready to change its current age limit of 19 to 18 and will eventually sit down with the National Basketball Players Association to discuss the issue.

While that would take place down the road, Silver said the league is already looking into ways to address competitive balance or imbalance between the Western and Eastern conferences.

"I'm not here to say we have a problem," Silver said following the annual board of governors meeting in Las Vegas. "I love where the league is right now. But as I said earlier, I think we can create a better system. We learn from each successive deal, we try new things, we make predictions about how caps and exceptions will work. We have great economists who come in on our side of the table; the union does as well. But it's not a perfect science in trying to predict the behavior of our teams, and things change in the marketplace as well. So I don't think it is necessarily per se bad that the Warriors are so dominant.

"As I've said before, we're not trying to create some sort of forced parity. What we are really focused on is parity of opportunity. ... There are changes we can make to the system and I think we will create a more competitive balance and a more equality of opportunity. And the discussion in the room, people weren't coming in necessarily complaining, but I think as good business people do, they are looking out to the future and saying how can we improve things."

One scenario for addressing the imbalance between the conferences -- the Warriors, from the West, just won their third championship in four seasons with a sweep of the Cleveland Cavaliers in the NBA Finals -- is the idea of seeding teams 1-through-16 in the playoffs. Silver says that has "real appeal" but would take time to implement.

"The most significant obstacle to seeding 1-through-16, as appealing as that would be to me and I think a lot of fans, would be the dramatic increase in travel that would follow," Silver said. "In our estimate, we could be looking at roughly 40-50 percent more travel. ... It doesn't mean we can't, but it is not something we can do quickly. It would require really a wholesale re-examination of how we do the schedule, how our television deal works. ... We are going to look at it. I think it has a real appeal to ownership and I know it does to fans. It's just not such an easy thing to do."

The Los Angeles Lakers announcedLeBron James' signing this week, making official the massive void left in the East. With the man who had won eight consecutive Eastern Conference titles now out West, the East is open for a new champion.

The Boston Celtics, Philadelphia 76ers and Toronto Raptors will be among the favorites to represent the East, but the conference overall still remains considerably weaker than the Western Conference, where James joins a stacked and crowded field that already includes the likes of the Warriors and Houston Rockets.

And now the Warriors also have DeMarcus Cousins, signed in free agency, once the All-Star big man returns from his Achilles injury.

"Yeah I know,"Minnesota Timberwolveshead coach Tom Thibodeau said in agreement when asked about the loaded West "Any time a player like that comes to the West, particularly him, obviously if you got LeBron, you are an instant contender. So a lot of teams have loaded up. You see Cousins going to Golden State, Houston is loaded. There are so many good teams. ... It's endless, really."

Silver said he is ready to change the age limit for draft eligibility. Former Secretary of State Condoleezza Rice led an independent commission that made sweeping recommendations on college basketball and Silver said that has factored into his thinking on changing the age limit.

Silver would want more development of players at a younger age to prepare elite prospects for the NBA.

"My personal view is we are ready to make that change," Silver said. "It won't come immediately, but when I weighed the pros and cons -- and given that Condoleezza Rice and her commission has recommended to the NBA that those one-and-done players now come directly into the league and, in essence, the college community is saying we don't want those players anymore -- that sort of tips the scale in my mind that we should be taking a serious look at lowering our age to 18."

Silver also said he can see change coming to the rule of opening free agency at midnight Eastern time on July 1 with so much attention now focused on free agency.

And he made it clear he wants to see more women officiating in the NBA. Currently just one woman, Lauren Holtkamp, officiates at the highest level. The NBA currently has 19 women officiating at the Las Vegas Summer League, compared to five a year ago.

"To me, it's a bit embarrassing that we only have one working woman in our officiating ranks right now," said Silver, whose league started an initiative in 2017 to increase the diversity of the officiating staff by 25 percent within three years.

As for the overall product, Silver likes the attention the league has gotten in free agency with so many teams jockeying to catch the Warriors, even if most of those teams reside in the Western Conference.

"Let me make clear, under the current system right now, we want teams to compete like crazy," Silver said. "So I think the Warriors, within the framework of this deal, should be doing everything they can to increase their dominance." 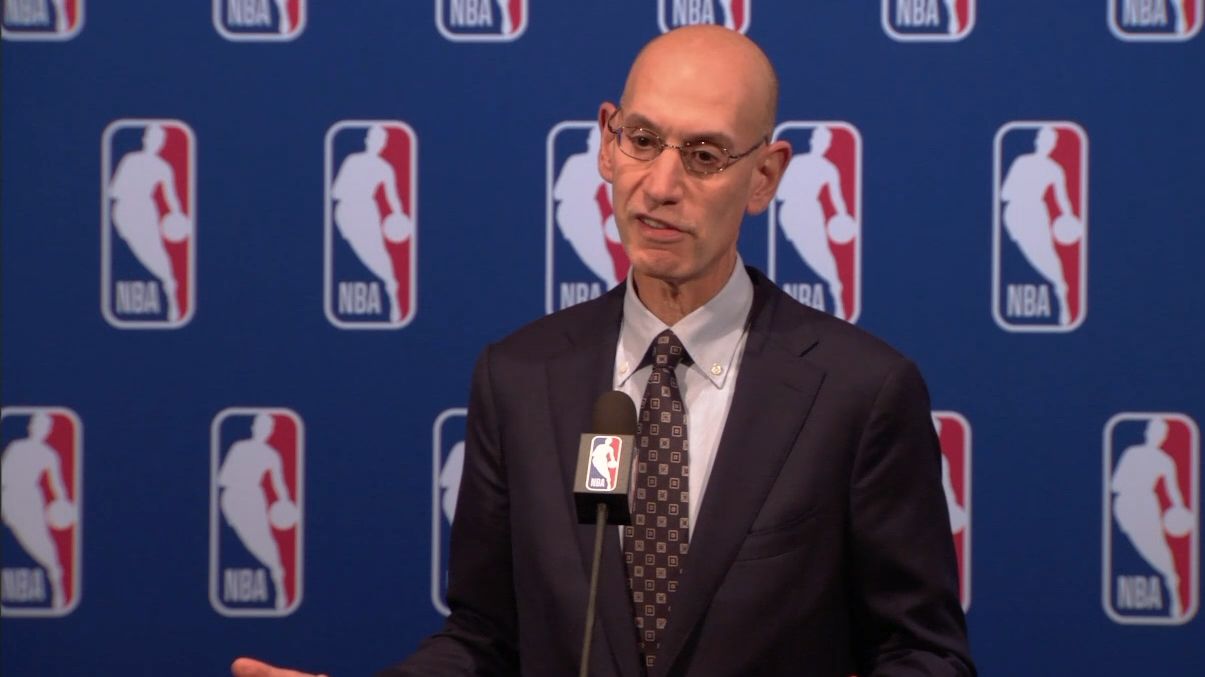