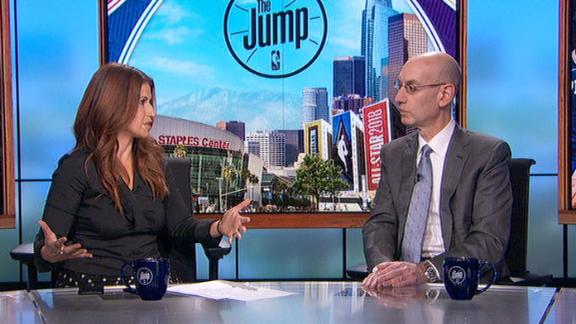 Silver, in an interview Thursday with The Jump on ESPN, said the Lakers' previous tampering incident in which they were fined $500,000 was considered, but that the rule Johnson breached in an interview with ESPN was simple.

"Context is everything, and there had been a prior issue with the Lakers early this season," Silver said. "And the message to not just Magic but to all the executives in the league is: Stop talking about players on other teams."

Silver said it becomes a balancing act for personalities and former greats of the game like Johnson -- whose opinions and perspective can inform and entertain -- when they serve in front-office roles.

"We'd love to hear players like Magic Johnson talk about how great young players are in the league," Silver said. "But there's enough commentary out there. And I think, when on balance, just asking them to refrain from that one aspect of talking about other players, isn't that big a deal."

Silver said "we love having all these legends involved in the game."

"But the other teams seem to be able to follow those rules, and this is, don't talk about players on other teams," Silver added. "I mean incidentally, we could change that rule, but I don't think it's a good idea."

Silver spoke to ESPN a day before events tip off at Staples Center ahead of Sunday's All-Star Game.

The commissioner finally explained why the All-Star draft, when captains LeBron James and Stephen Curry chose their teams for the game, was not televised.

He said Curry told him, "Give us a break, we changed the format for the first time. Let's see how it goes and then we can talk about televising it."

Silver said he had heard from some players and the media that they could have a lot of fun around televising the draft, and he would talk with the union about doing it next year.

In Sunday's game, Team LeBron will be without four players who were selected to play but were replaced because of injuries.

"It's not that much of an aberration," Silver said. "Unfortunately, two years ago we had four All-Star replacements."

This year, DeMarcus Cousins and Kristaps Porzingis were lost for the season, andKevin Love and John Wall were lost for up to two months.

"If you look at the injuries over the course of the season -- take Kawhi Leonard and Isaiah Thomas -- are holdovers from last season," Silver said. "And I think the one thing I've learned is not to overreact to a small data set in terms of what we're seeing this year. I still think that over time, by expanding the number of weeks in the season -- spreading out the games, reducing the number of back-to-backs -- we do think that will make a difference."

According to Spotrac's Injury Tracker, there have been 3,945 games missed so far this season to injury -- a 32 percent increase from last season.

Silver, who will be meeting with team doctors over the weekend in Los Angeles to discuss new ideas and approaches to injury prevention and recovery, attributed the rise to the league's new injury-reporting methods.

"You have the unintended consequence, when you change the policy on resting, not surprisingly, some players are categorized as injured who might have otherwise been resting," Silver said. "So when we look at the league data, the number of injuries is about flat from last year. There's no question we're missing more games due to injuries. But it's not gamesmanship. I think we're learning there's legitimate reasons to rest players."

Silver said injury prevention and recovery was one area -- "I think we all agree" -- that teams shouldn't be competing in.

"And if there's more that we can do, we'll do. We have a relationship with GE Healthcare," Silver said. "I have a meeting with the team physicians this weekend here in L.A. to talk about new ideas, new approaches. Teams are doing a better job sharing information on protocols, rehabbing players, injury prevention.

"So I think over time we're going to a do a better job. It affects all sports. But I hate to see it." 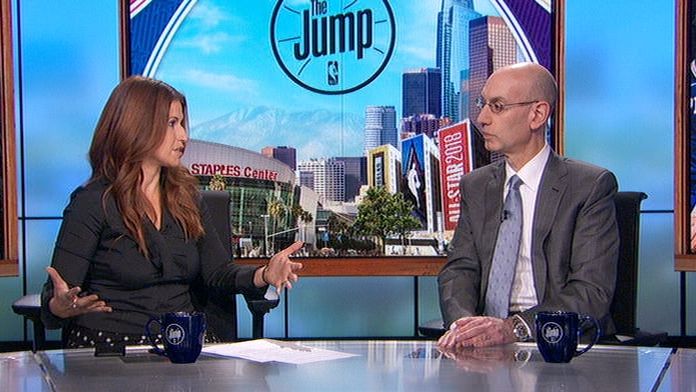