After LA Clippers are eliminated, Paul George says team would 'be going on' if Kawhi Leonard was ... 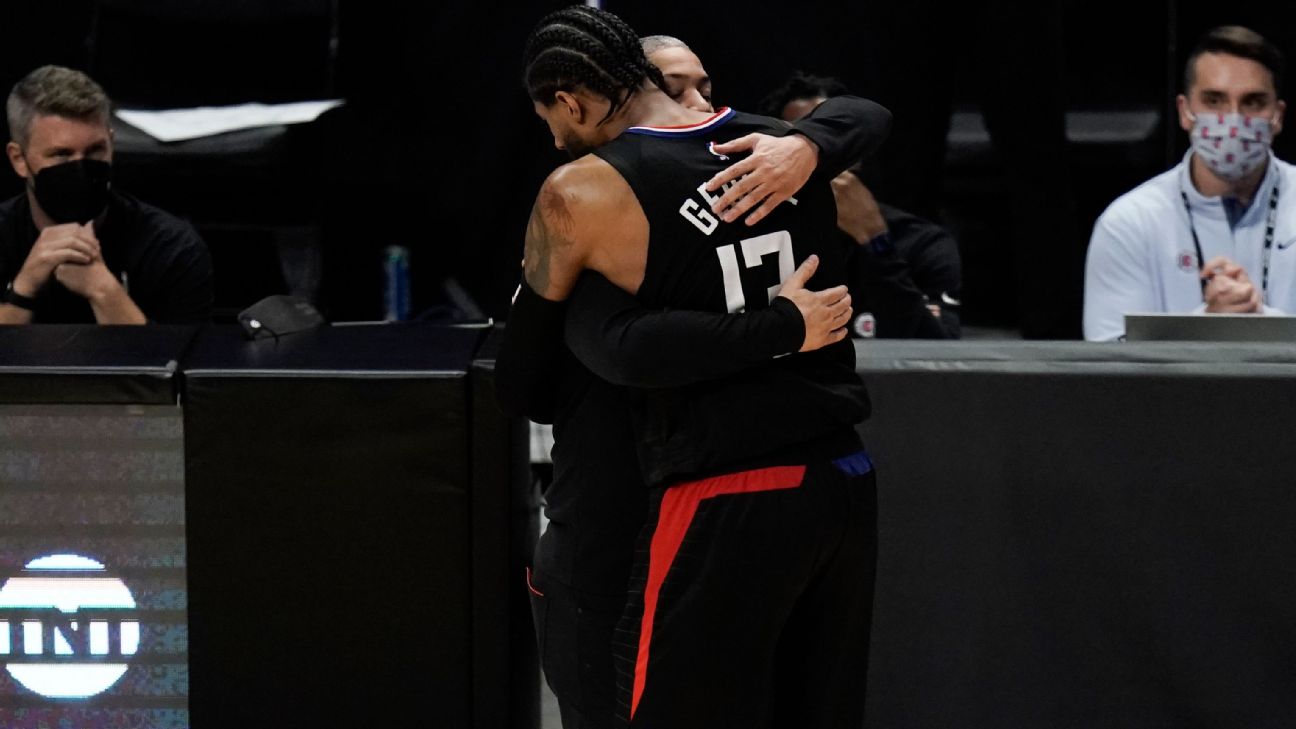 LOS ANGELES -- Not long after Chris Paul and the Phoenix Suns celebrated their Western Conference championship on the Staples Center floor, Paul George wondered "what if" Kawhi Leonard had been healthy.

The LA Clippers ran out of gas and comebacks as their resilient playoff run came to an end with Wednesday's130-103 loss to the Suns in Game 6 of the Western Conference finals.


After the game, George allowed himself to think about the possibilities had Leonard not sprained his right knee in Game 4 in the previous round against the Utah Jazz.

"We'd be going on," George said when asked what would have happened had Leonard played in the conference finals. "This series would be a lot different. Talk about one of the best players in the league being out, yet we were inches away from getting to the next round.

"So, definitely it's a 'what if' on this. Fact of the matter is we didn't do enough to win, and that's the reason we're going home."

The Clippers, the only team to overcome a 2-0 deficit twice in the same postseason, could not force a Game 7 against the Suns. Injuries and tired legs caught up to them. Besides Leonard missing the final eight games with his knee injury, the Clippers were without centers Ivica Zubac (sprained right MCL) and Serge Ibaka (back surgery).

And they were playing their 15th game in 29 days, as all three of their rounds went six games or more.

Still, Clippers coach Tyronn Lue said his players were stunned once the realization set in in the locker room that the season was finally over only two wins away from the NBA Finals.

"It is a shock," Lue said. "I think it's a shock to a lot of guys in that locker room. It just tells you a lot about the team. Like no matter who is playing, we still feel like every night we have a chance to win no matter who is on the floor. I thought we ran out of gas, and first thing goes when you get tired and fatigued is mentally. That first half, we made a lot of mistakes defensively, a lot of mistakes coming out of timeouts or just playcalls, in general; just not there mentally."

The Clippers had their share of defensive breakdowns, and Paul made his old team pay for each of them. He delivered a masterful second-half performance that was classic CP3, complete with all the things that make him such a pain for opponents. He buried 12 of 16 shots, including all five of his 3-point attempts, and scored 31 of his 41 points in the second half.

After he drilled a 3-pointer to push the Suns' lead to 118-92 with 5:49 left in the contest, the Clippers called for timeout. As Paul walked back to the Suns bench, a frustrated Patrick Beverley shoved the Suns point guard in the back and was ejected.


Knowing that he had gotten under the Clippers' skin, Paul would celebrate moments later by pumping both of his fists in the air.

All George and Leonard could do was watch from the bench.

George was terrific this postseason, especially once Leonard went down. The Suns sent some double-teams at George, who finished with 21 points and nine rebounds on Wednesday. Still, George answered even his harshest critics with his finest postseason, lifting the Clippers to their first-ever Western Conference finals.

"Nothing that I didn't know already," George said of what he learned from this postseason. "The narrative of me not being postseason player or all that, I never understood it."

"[But] I came up short again," George later added. "I'm proud of what we did as a team. I wasn't out to prove nothing to nobody but to show up as a leader for this team and to put us in position to get to where we got to. Again, came up short. My good wasn't enough. There's room for improvement ... I'll look back. I'll reflect."

Moving forward, the Clippers will see what Leonard will do with his player option for the 2021-22 season.

Also to consider is the future of point guard Reggie Jackson, who emerged as a clutch scorer for the Clippers this postseason. The Clippers have early Bird rights on Jackson. George, though, said his good friend likely has played himself into having plenty of options for his future.

An emotional Jackson, who has revived his career with the Clippers, had tears rolling down his face when asked about his future with the team.


"This year was my best year," said Jackson, who averaged 18.1 points and 41.5% 3-point shooting in the postseason entering Game 6.

"First thing I told these guys was thank you for saving me," he said. "I appreciate every guy in that locker room. I appreciate Paul for getting on that phone last year, at the end the season -- [when I] was talking a buyout with Detroit.

"I'm thankful for everything I've experienced being here; this city making me feel at home. This organization welcoming me, my quirks, my strengths, my weaknesses; I wonder if I would still be playing without this team."

George said the Clippers have all the players to make another title run next season, if they are healthy. After melting down and blowing a 3-1 lead in the Florida bubble in the second round last year, the Clippers' resiliency this postseason put all the "bubble talk" behind them, as Lue said.

And George and Leonard saw what they are capable of doing when healthy.

"We've made great connections," George said. "I think we've both grown, myself and Kawhi together. I think we really enjoy being teammates, and we see what we can be and what we can do." 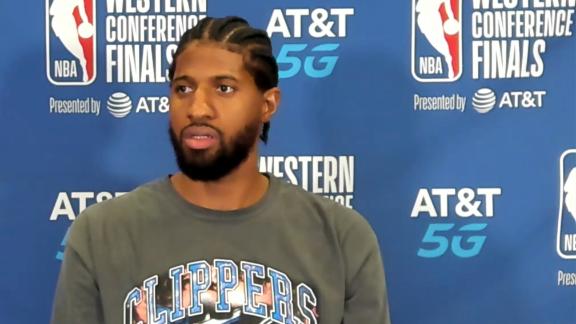 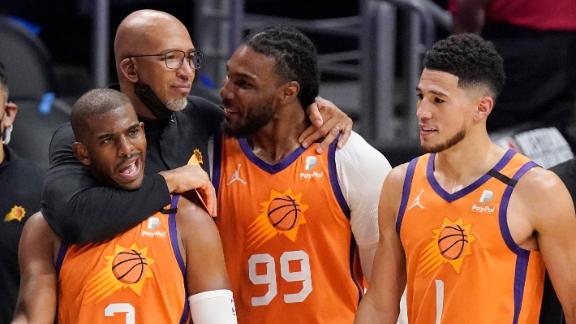