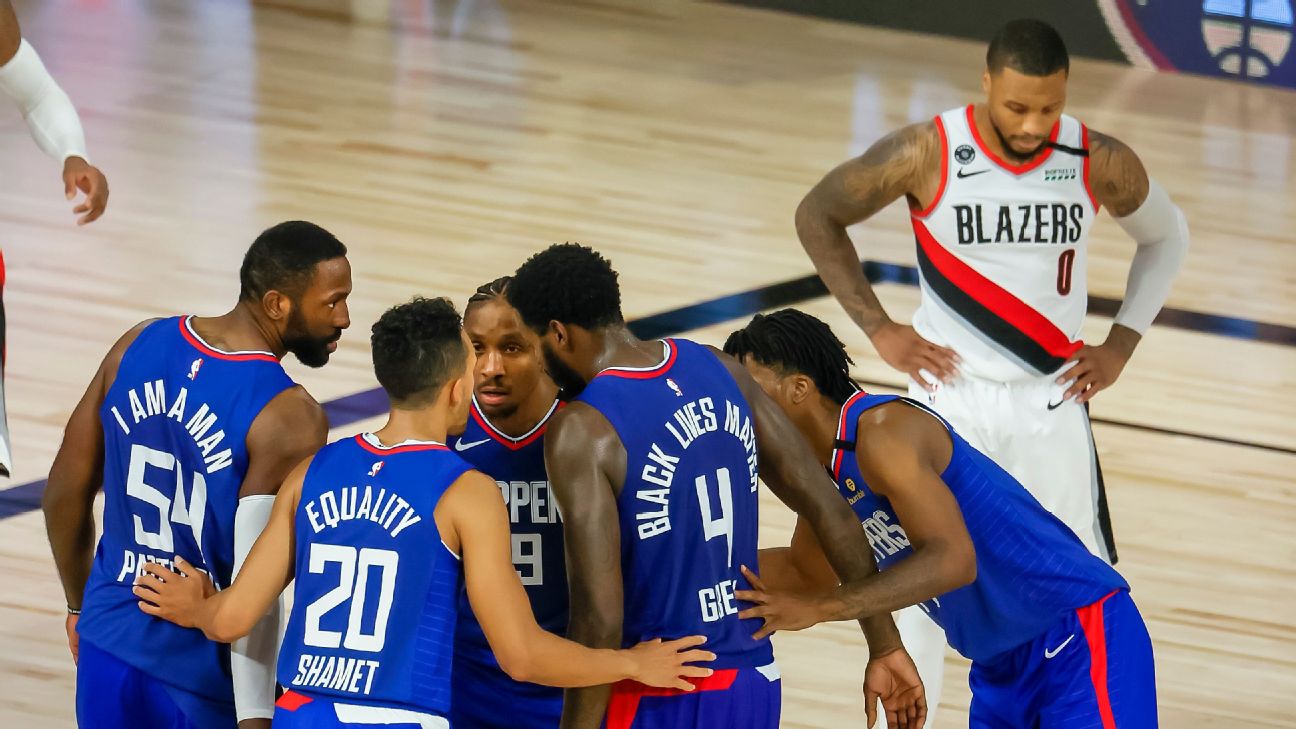 After watching Damian Lillard shockingly miss two free throws with a chance to put the Portland Trail Blazers up one with 18.6 seconds left, Patrick Beverley celebrated on the LA Clippersbench by imitating Lillard's trademark Dame Time celebration by pointing to his wrist before later waving goodbye at Lillard and the Blazers.

When told after the stinging 122-117 lossto the Clippers that Beverley and Paul George waved goodbye to the Blazers, Lillard strongly reminded the two Clippers of what he has done to them in the past. That led to back-and-forth trash talking on social media.


"PG did the wave because he also was surprised [about the missed free throws] because he experienced being waved at last year," Lillard said of his famous wave goodbye to Russell Westbrook and George after his walk-off game-winning 3-pointer that eliminated the Oklahoma City Thunder in Game 5 of the first round last year.

"Asking me about Patrick Beverley, who I sent him home before at the end of a game. Paul George is a guy sent home by me last year in the playoffs, so they know. The reason they reacting like that is because of what they expecting from me, which is a sign of respect, and it just shows what I have done at a high clip more times than not. I am not offended by it.

"If anything, it should just tell you how much it hurt them to go through what I put them through in those situations previously."

Beverley posted "Cancun on 3" with three crying laughing emoji in the comment section.

George also commented, "And you getting sent home this year," with a crying laughing emoji and a fist emoji next to the word "respect."

Lillard replied to George by pointing out how the Clippers forward requested trades from Indiana and Oklahoma City to play with Westbrook and Kawhi Leonard: "keep switching teams ... running from the grind. You boys is chumps."


Before the social-media smack talk, George was asked in his postgame session about the chatter between the teams during the game.

"Competition," George said. "It's part of the game. Simple as that. ... Some people can play with talking, some people can't."

This is a loss that hurts for the Blazers. In hot pursuit of the eighth seed, the Blazers (32-39) now trail Memphis (33-37) by 1 games. This despite the fact that they were facing a Clippers team that did not have Leonard, who sat the game out to manage soreness in his left knee, which is routine when LA has back-to-back games.

The Clippers were also without Beverley (left calf strain) and Montrezl Harrell (not with team). On top of that, Doc Rivers played George just two minutes in the fourth quarter due to a minutes limit. George will also sit out Sunday's game against the Brooklyn Nets for rest.

Despite playing against the Clippers' reserves, the Blazers trailed 118-117 after Rodney McGruder drilled a 3-pointer. Lillard, a career 88.9% free throw shooter, missed both free throws to the delight of Beverley and Marcus Morris Sr., who celebrated in the Clippers bench area.

"Real surprised," George said of the missed free throws. "I'm sure he probably was. But he missed them. It's part of the game. It is what it is."

Lillard rarely misses in that situation. Entering Saturday, the point guard was 30-for-36 on free throws in clutch time this season and an 89.7% career free throw shooter in the final 30 seconds of the fourth quarter or overtime, according to ESPN Stats & Information.


"Once I got to the line down one, I felt good about that," Lillard said. "I was like OK, we are going to be up one. Come down, get a stop, and then it is a free throw game. And then left the first one short. Even after that, I was like all right, it is going to be tied and they going to get the last shot. And then left another one short, and I was just like ... sometimes that has to happen."

Lillard owned up to the missed free throws and said it will not linger.

"I don't see myself as a mental midget or somebody that is going to hold on to it," Lillard said. "I am a shooter."

There's a pretty good chance, though, he will remember Beverley celebrating the way he did and George's social media comment.

"I didn't see it, but I heard about it," Lillard said about Beverley's imitations of his celebrations. "After I missed the first one, I heard them over there yelling. To me, that just shows what they expect from me down the stretch. They know what I do. And he saw it firsthand when I was a second-year player when he was in Houston. So I'm sure he has a great memory of that, which is why that drew that type of reaction from him when he saw me come up short at the end of a game." 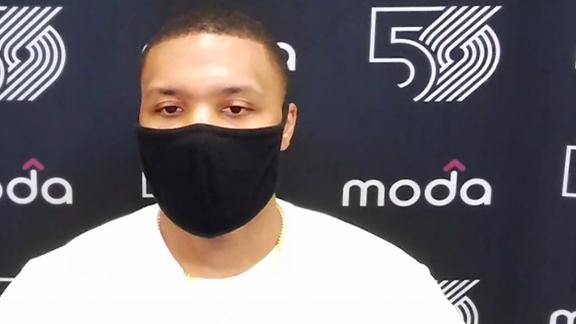 Lillard responds to Beverley's and George's antics
Damian Lillard contends that Patrick Beverley and Paul George trolling him after his misses is a sign of respect and points out he's sent both home in the playoffs. 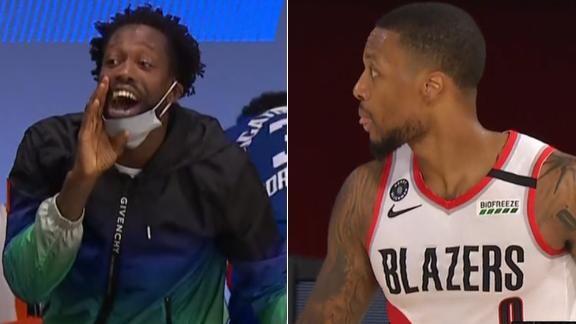