Alleged shooter in death of Joe McKnight released, not charged 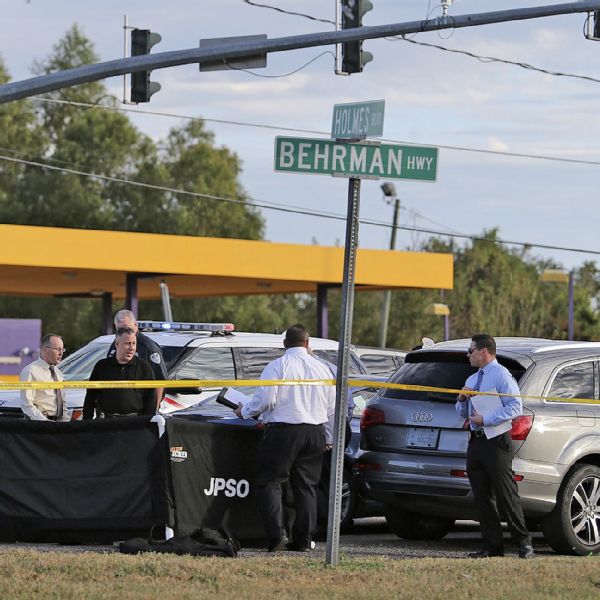 The shooting death of former USC Trojans and New York Jets running backJoe McKnightin a New Orleans suburb was a "road rage" incident that started on a nearby bridge, a sheriff said Friday, as he urged against a rush to judgment and defended his handling of the case as the alleged shooter was released overnight.

McKnight was shot and killed Thursday afternoon in the community of Terrytown, just across the Mississippi River from New Orleans. Authorities have identified 54-year-old Ronald Gasser, who stayed at the scene, as the shooter, and he was released overnight, sparking criticism.

Jefferson Parish Sheriff Newell Normand said during a news conference on Friday that the altercation that ended with McKnight's death started on a nearby bridge -- possibly when one of the two men cut the other off -- and then proceeded into nearby streets in the New Orleans suburb. He did not say which driver cut off the other.

Authorities said Gasser shot McKnight three times through an open window from inside his car with a semi-automatic handgun while McKnight was standing outside.

Normand said witnesses observed a "heated verbal exchange" between Gasser and McKnight before the shooting. However, Normand said that one witness account, which indicated Gasser was standing over McKnight when he fired a shot, was factually incorrect and "did not happen."

Normand said three casings were located inside Gasser's vehicle, and coroner Gerry Cvitanovich said Friday that McKnight had wounds to his left hand and entry wounds to his right shoulder and the right side of his chest.

Gasser stayed at the scene, relinquished his semi-automatic handgun to officers and was taken into custody and questioned, the sheriff said. No guns were found outside either vehicle. According to The Times-Picayune, Gasser told police he was the shooter.

Normand said later Friday in a news release that the man who shot McKnight was involved in a 2006 altercation at the same intersection, during which he chased down and struck another male driver, who had observed a truck driving erratically and called a phone number on the truck and spoke to a man later identified as Gasser.

Gasser and the 51-year-old man got into an argument on the phone, according to the sheriff's statement. Gasser followed the man to a service station and "began to strike him with a closed fist several times."

Gasser drove away and the other man called 911. Investigators found Gasser and issued a misdemeanor summons for simple battery, which was later dismissed.

Normand defended his handling of the current case, saying the investigation was ongoing. No charges have been filed, with Normand saying the state has certain "statutes" that provide a defense to certain crimes, but he did not go into further detail.

"The easiest thing for me would have been, 'Book him, Danno.' Right?" Normand said, referring to the police saying made popular on "Hawaii Five-O."

"Mr. Gasser is not going anywhere. He has been completely cooperative with us in every request we have made. We will do a very thorough and deliberate investigation."

McKnight's grandmother said family members are still seeking information on his death and why Gasser was released. Barbara Franklin told The Associated Press by phone Friday that relatives are "trying to find out our own selves" more about what happened.

She said relatives haven't had any communication with the sheriff's office about Gasser's release, saying she learned of it through a radio broadcast on Friday.

"He might be released now, but God is going to bring about justice in it," Franklin said.

Gasser couldn't immediately be reached by The Associated Press.

Gasser's release immediately raised questions about what exactly led to the shooting. Arthur A. Lemmann, a New Orleans-based attorney not connected with the case, told The Associated Press it was too early to tell but that it could indicate Gasser had said he acted in self-defense.

"It's not the end of the matter. They can continue to investigate. They can always bring charges, but what it indicates to me is that there was some basis to believe that the homicide was justified. And the most typical justification of a homicide is self-defense," Lemmann said.

McKnight was born in River Ridge, Louisiana, a suburb of New Orleans, and starred at John Curtis Christian High School. He was considered the No. 1 running back recruit in the country when he signed with USC.

He played three seasons at USC (2007-09) under coach Pete Carroll and was often compared to do-it-all running back Reggie Bush.

McKnight totaled 2,755 yards from scrimmage and 15 touchdowns while with the Trojans, and his 2,213 career rushing yards are 16th all time at the school. He did not play in the final game of the 2009 season -- the Emerald Bowl -- as USC investigated him for allegedly receiving improper benefits.

He eventually left school for the NFL draft, where the Jets made him a fourth-round pick in 2010. He spent three seasons with New York, earning one start in 39 games and totaling 502 yards rushing and 177 yards receiving. He also was one of the NFL's top kick returners in 2011 and 2012, averaging 29.4 yards per return over that span.

The Jets will honor McKnight with a moment of silence before their Monday night game.

But McKnight landed in the doghouse amid a turbulent training camp in 2013. He flunked the team's conditioning test, blaming dehydration; he was arrested in New Jersey on outstanding traffic violations on an off day; he missed practice time with what the team characterized as a "head injury" and McKnight later called a concussion; and he got into a war of words with a fan on Twitter, suggesting they meet for a fight.

McKnight was released by the Jets in August 2013, the biggest surprise of the team's final cuts before the regular season.

McKnight signed with the Kansas City Chiefs in January 2014, playing two games that year and scoring two touchdowns, both on receptions, before tearing an Achilles tendon.

He played in the CFL this season, with the Edmonton Eskimos and Saskatchewan Roughriders. He had 38 rushes for 228 yards for the Roughriders, whose season ended Nov. 5. As of Thursday, he still was listed on their roster.

McKnight is the second NFL player to die as a result of an apparent road rage incident in 2016. New Orleans Saints defensive end Will Smith was killed in April.

Information from ESPN staff writer Rich Cimini and The Associated Press was used in this report. 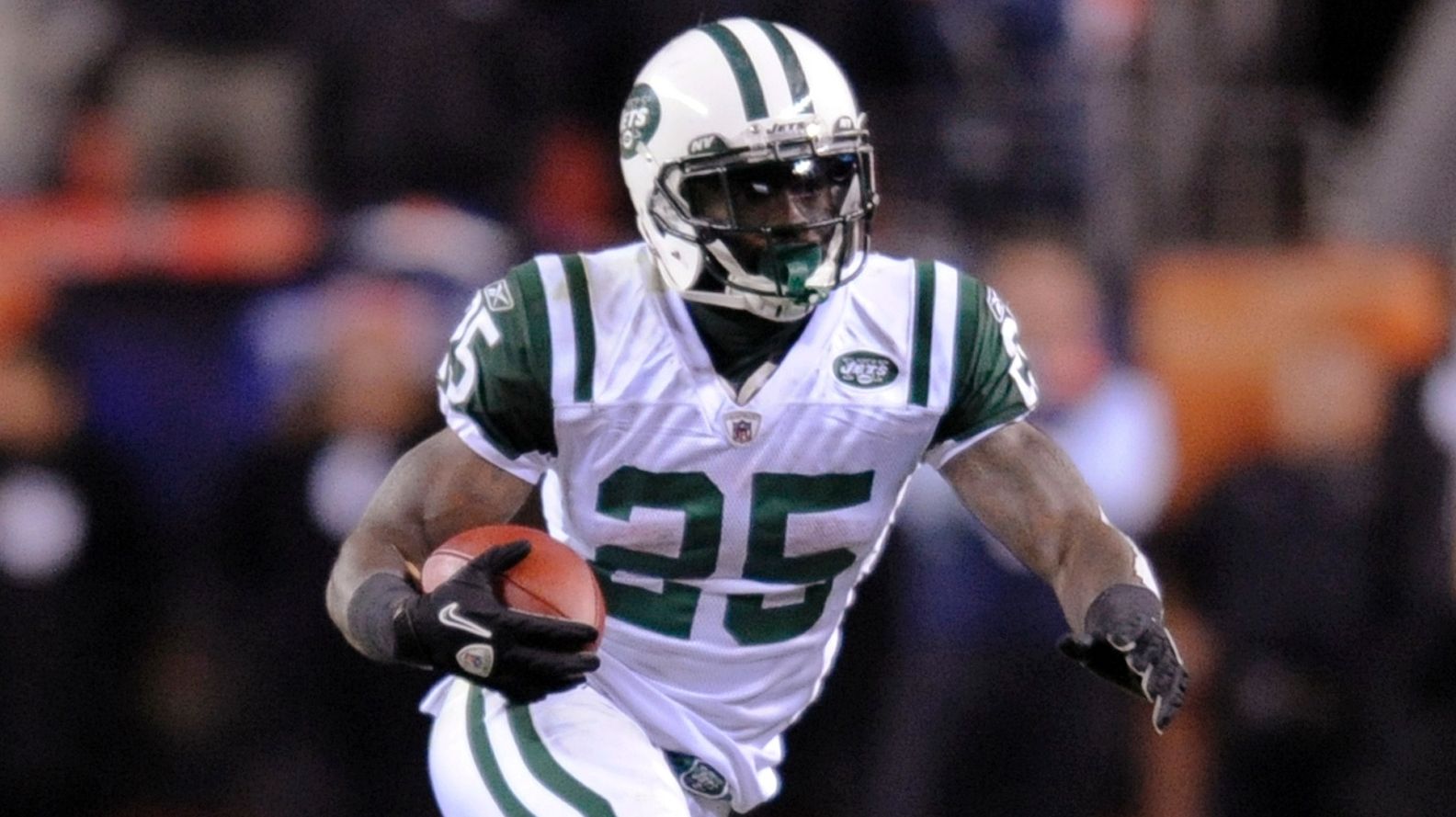