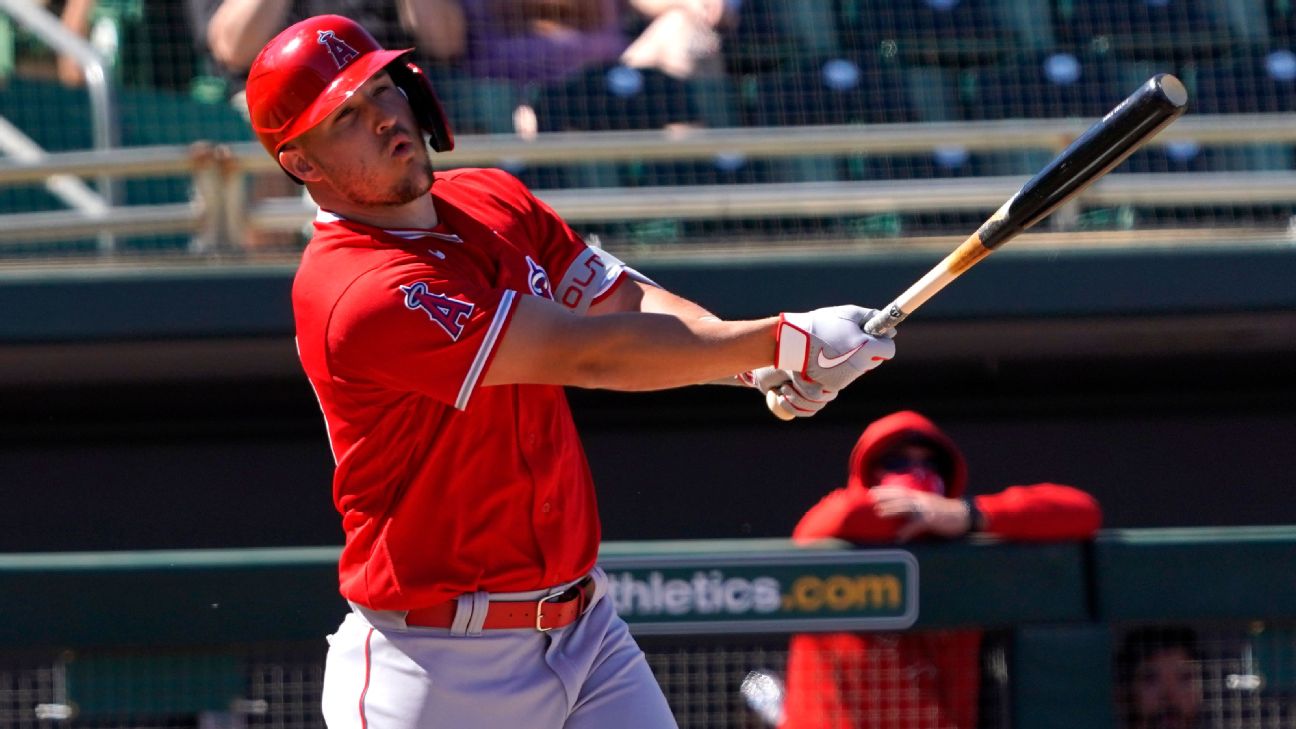 HOUSTON --Los Angeles Angels star Mike Trout was scratched from the lineup on Friday night after being hit by a pitch on the left elbow a night before.


The team said the three-time AL MVP had a bruised left elbow after being plunked in the fourth inning on Thursday night by Cristian Javier of the Astros. Trout exited in the bottom of the fifth.

Scott Schebler started in center field in place of Trout in the updated lineup.

"Just some soreness," Angels general manager Perry Minasian said. "It's so early in the season and there's such a long way to go. One thing about Mike is he loves to play. It takes a lot to get him out of the lineup."


"But just with where we're at today and the amount of soreness he had, we thought it was best for him to take the day," Minasian said.