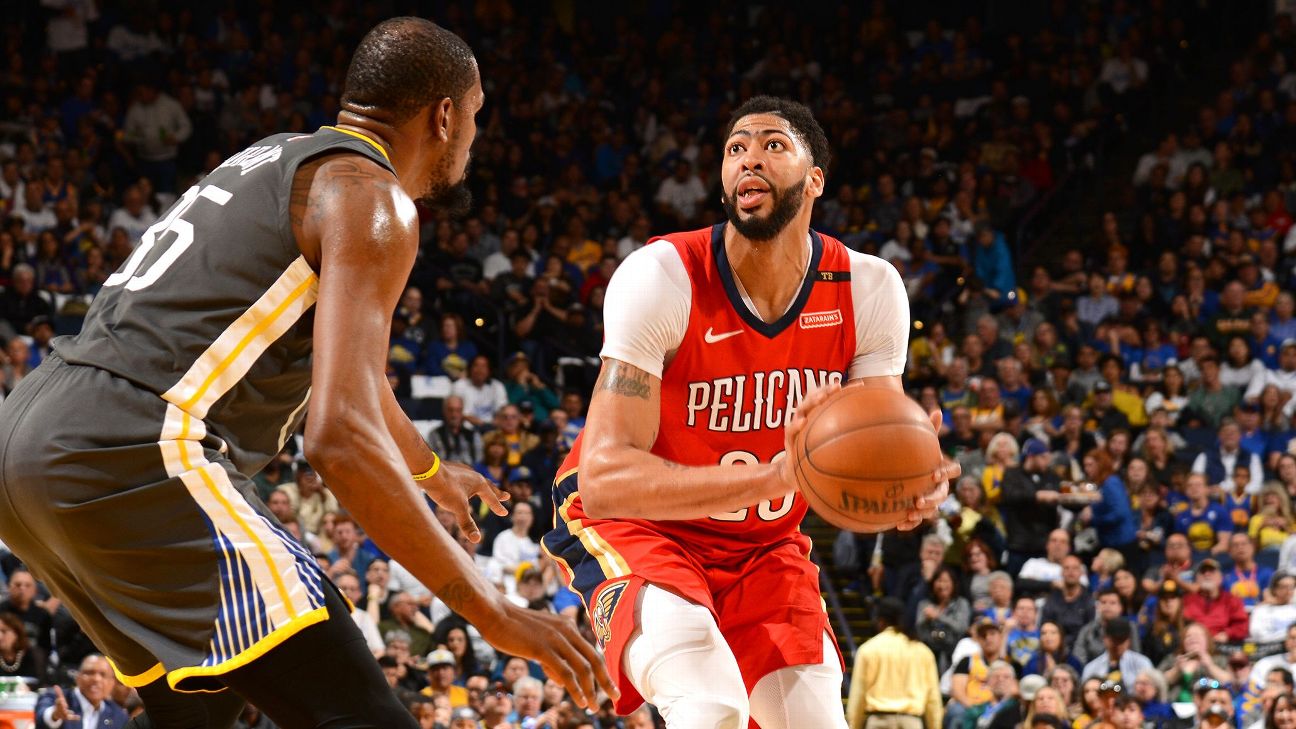 OAKLAND, Calif. -- The Pelicans enter Game 1 of their Western Conference semifinal against the Warriors on Saturday believing they can knock off the defending NBA champions and win the series.

While describing what it's like playing against another team that likes to get up and down the floor, New Orleans star Anthony Davis set the tone for the rest of the series with his response.

"It's fun," Davis said after Friday's practice at Oracle Arena. "We know that we can beat them. We've done it in the regular season. And we've been in every game that we lost [against them], so we know that we're a good matchup against these guys and we've got a lot of confidence in ourself. Anytime they score, we know they're going to score and make shots, it's tough, we just got to get the ball out fast and push it down the floor and try to [go] quicker."

The Pelicans went 1-3 against the Warriors this season, the win coming April 7 in a game in which Warriors guard Stephen Curry (knee) didn't play. Curry remains questionable for Saturday's game as he continues to recover from the same MCL sprain in his left knee.

But the Pelicans are riding high given just how dominant they performed in a sweep of the Portland Trail Blazers in the Western Conference first round.

Their optimism is largely based upon just how dominant Davis was in that series. The 25 year-old All-Star averaged 33 points and 11.8 rebounds in the series, setting a tone that the rest of his teammates followed. When asked what he expected to see from Davis in this series, teammateJrue Holiday responded with a confident answer.

Pelicans coach Alvin Gentry is trying to instill that confident belief within his team before the series begins. Like Davis, he believes that the young group is ready for prime time.

For Davis, the series serves as a personal measuring stick in regards to just how much his game continues to evolve against the very best.

"It's an opportunity to beat the world champs," he said. "These guys are the defending champs, and to come in and try to beat them in a seven-game series is going to be fun, and that's all we're thinking about. Think about Game 1, win Game 1, and go from there. But it's a great opportunity for everybody to add to their resume, to try to go out here and beat the world champs."

Gentry, who served as an assistant on Warriors coach Steve Kerr's staff when Golden State won an NBA title in 2015, joked that he should have stolen a playbook from his former team before he left town. He is looking forward to the challenge that Golden State still provides.

"It gives us an opportunity to compete," Gentry said. "It gives us an opportunity to compete at the highest level, so our guys are excited about it. We have a ton of respect for the Warriors and what they've done and what they've accomplished the last four years. But we also know that we can compete against them, and that's our goal, is we've got to understand that and have the confidence to go out and do that."

As Gentry opened his post-practice remarks inside the same building he has seen the Warriors have so much success in over the last few years, he seemed to enjoy the ambiance that the old building provided.

"It's good to be back here," Gentry said. "If you're playing against this team and it's not the first round then you've done pretty good I think." 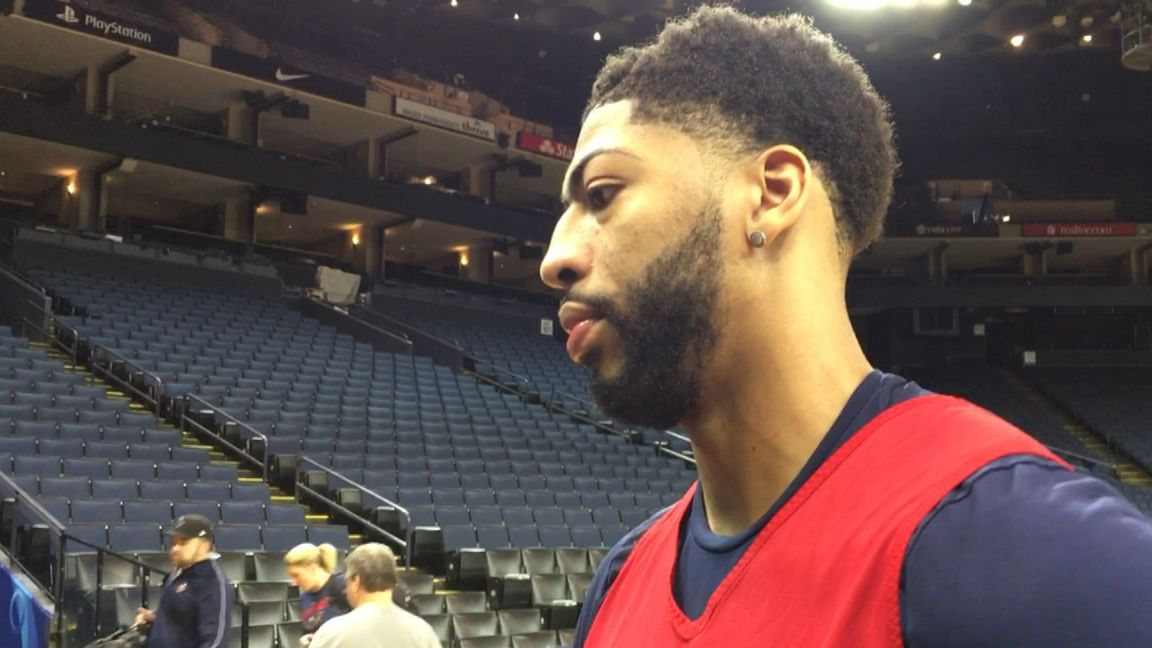 Davis says Pelicans know they can beat Dubs
Anthony Davis says New Orleans has played Golden State tough throughout the season and has confidence against them.