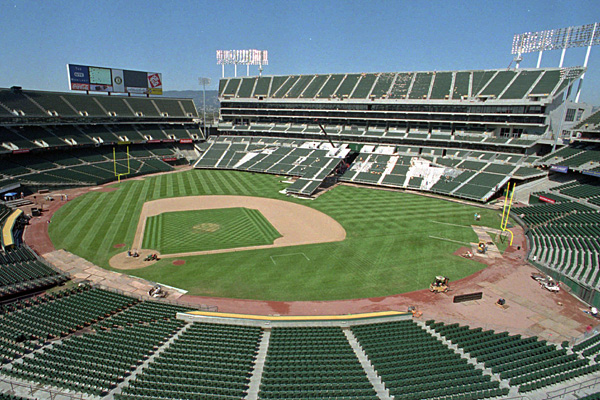 The Athletics are working with Major League Baseball to figure out alternate plans for their season-opening series at the Coliseum after the City of Oakland imposed a ban on gatherings of 1,000 or more people through the end of March.

The team hasn't said whether it was considering a different location for the games or the idea of playing in an empty ballpark the way the Golden State Warriors plan to do across the bay in San Francisco on Thursday night.

Oakland is scheduled to host the Minnesota Twins for a four-game series beginning March 26, and then the Houston Astros are set to play their first road series following the club's sign-stealing scandal on March 30-31 at the Coliseum.