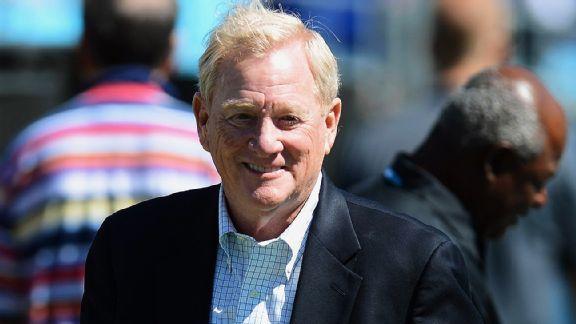 Bill Polian informed Buffalo Bills owner Terry Pegula on Thursday that he will remain as an ESPN NFL analyst and commentator for 2015 and beyond.

Pegula had reached out to Polian in an advisory capacity and eventually gauged his interest to head the team's front office. That led to further discussions, but Polian decided he was content with his current quality of personal and professional life. Pegula was understanding of Polian's position.

Polian's announcement comes a day after Doug Marrone exercised the opt-out clause in his contract to create a head-coaching vacancy for the franchise. Marrone already has interviews lined up with the New York Jets, Atlanta Falcons and Chicago Bears, according to the New York Post.

Polian told the Buffalo News he initially believed Marrone and quarterback Kyle Orton, who announced his intention to retire after 10 seasons on Monday, would still be with the team.

"Then, the quarterback goes away and the coach disappears," Polian said. "So the job, from my perspective, changed. It went from a mentoring and advising role, which would have been fun, to a real heavy lift -- hire a new coach, hire a staff, et cetera, et cetera, et cetera.

"The bottom line is the job description changed pretty dramatically and the most important thing is that it would have required a really long commitment to a new coach, who deserved a long commitment that I wasn't prepared to make. And that wouldn't have been fair to the organization or to whomever their new coach was. The coach is going to want to know that you're going to be there for a reasonably long time."

Polian also told the Buffalo News his decision had nothing to do with money.

"That is absolutely untrue," Polian said. "Terry Pegula treated me with the utmost respect throughout this process. My sole reasons for turning down this offer had to do with family and a commitment that the changed circumstances with the organization required."

Polian, 72, has been adamant that media reports about his impending return to Buffalo, whether this week or next month, were erroneous.

Polian reinforced to Pegula that his desire to stay with ESPN was set in stone. Polian has resisted overtures from other franchises, too.

Polian was the architect of a Bills team that went to four Super Bowls. He moved on to similar positions with the Carolina Panthers and Indianapolis Colts before he joined ESPN.

He is the only six-time recipient of the NFL Executive of the Year Award and is one of two finalists for induction into the Pro Football Hall of Fame when voting occurs Jan. 31.

Polian Declines Bills Roles
ESPN Bills reporter Mike Rodak discusses Bill Polian's decision to turn down the Bills and remain with ESPN as an analyst and what this means for the organization.