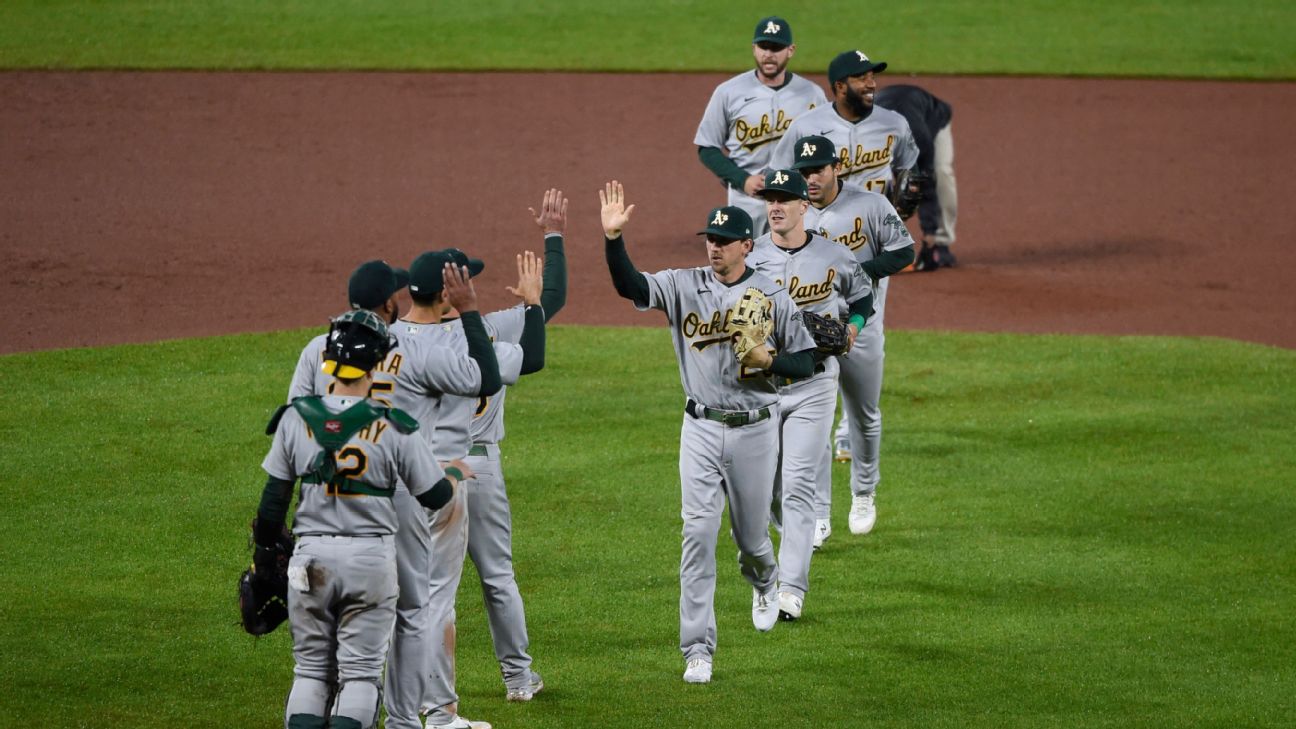 OAKLAND, Calif. -- Manager Bob Melvin truly believed he had a playoff team this year, and that's why Oakland's September stumble and frustrating finish remains perplexing to everybody involved.

Even through an 0-6 start, numerous devastating injuries - most notably Chris Bassitt taking a line drive to the face in August - and center fielder Ramón Laureano's suspension for performance-enhancing drugs, this group still thought it could get back to the postseason for a fourth straight year.

It used to be these Athletics were the team to rally and win late, often in dramatic comeback fashion.

This season, Oakland watched its opponents regularly do that very thing, and the A's never found the second-half magic that has long carried the club and helped them win the AL West during the coronavirus-shortened 2020 season.

They acquired Starling Marte at the trade deadline and brought back Khris Davis for the stretch run. It wasn't enough as Oakland finished 86-76 and nine games behind the division champion Astros.

"We're all disappointed, particularly the way it ended, it was a tough month of September," said Billy Beane, executive vice president of baseball operations.

Bassitt came back from the frightening ordeal during which he took a 100 mph line drive to the face on Aug. 17 in Chicago. He underwent surgery for three fractures in his right cheekbone. Immediately after the injury, Bassitt's right eye was swollen shut.

Losing the Cy Young candidate took a toll on the A's beyond the field.


"Certainly when Chris went down that had a huge impact on everybody emotionally," Beane said. "And we saw it on the field, it hurt us on the field as well."

Oakland never even saw closer Trevor Rosenthal pitch when it mattered. He signed an $11 million, one-year contract then underwent a pair of surgeries, first a thoracic outlet operation in April and then another in July for a torn hip labrum.

Shorstop Elvis Andrus fractured his left fibula rounding third to score the winning run in a 2-1 victory against the Astros on Sept. 25.

"We had our share of injuries, but we don't use that as an excuse," Melvin said.

A big blow occurred Aug. 6 when strong-armed outfielder Laureano received an 80-game suspension after testing positive for a performance-enhancing substance.

The A's missed his presence at the plate and on defense. The 27-year-old Laureano, from the Dominican Republic, batted .246 with 14 homers and 39 RBI in 88 games.


Oakland announced Laureano underwent core surgery Thursday and is expected to be healthy by spring training, then he will still need to complete his suspension upon the start of the regular season.

"Look, we took a lot of hits this year, a lot of dramatic hits," Melvin said. "That was one of them as well. That stunned everybody for a while. ... That hurt. That was one that maybe hurt more than others for sure."

Even if the A's insist they didn't pay attention to the ballpark back-and-forth between the organization, city and furious fans, it couldn't be missed.

Small crowds were the norm night after night, several times fewer than 5,000.

Meanwhile, team President Dave Kaval regularly traveled to Las Vegas to explore options there. Major League Baseball in May instructed Oakland's brass to explore relocation options if no ballpark agreement could be reached at the downtown waterfront site the team prefers.

Without knowing what's next, it makes it tough for the front office to make long-term commitments to players.

"What we do know is that we're in Oakland, we'll be in Oakland for the foreseeable future," Beane said. "And that's been the case since I've been here." 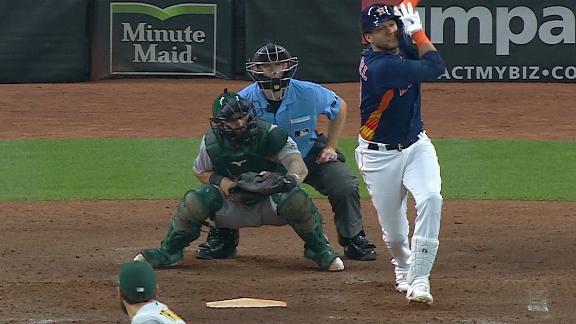