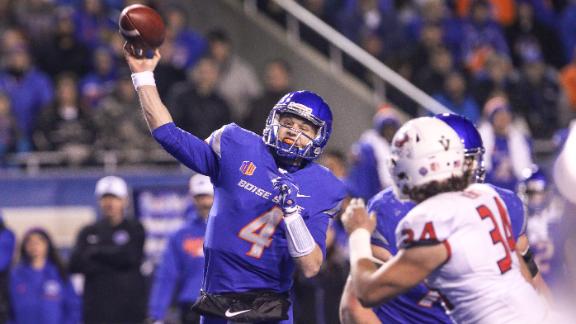 BOISE, Idaho -- Boise State quarterback Brett Rypien struggled so much early in the season, he lost playing time to Kansas graduate transfer Montell Cozart. However, the highly-touted signal caller and nephew of Super Bowl winning quarterback Mark Rypien remained focused on the one thing he wanted more than anything -- a championship.

Saturday night, he got what he came for.

Rypien threw for 246 yards and engineered a 90-yard scoring drive late in the fourth quarter to help Boise State upend No. 25 Fresno State 17-14 to win the Mountain West Conference championship.

"When I came here initially, like everyone, I wanted to win a championship," said Rypien, who earned offensive MVP. "That's the ultimate goal. It's been a long time coming for me.

"The first two years I wasn't able to get it done and that really hurt. But this year was a lot different year. I didn't contribute to the team as much as I had in the past because (Montell and I) were splitting time. But we just won a championship now and I feel better about that."

Boise State (10-3), which lost 28-17 to the Bulldogs a week ago in Fresno in the regular-season finale, won its second conference title in four years.

Fresno State (9-4), which hasn't won in Boise since 1984, still completed one of the best turnarounds in college history under first-year coach Jeff Tedford after going 1-11 a year ago.

"To be in this position, even though we fell short tonight, this group has accomplished quite a bit," Tedford said. "We have a lot to be proud of. Nobody believed in us coming off last season.

"We'll go back to the drawing board, but we'll be back."

It was the fourth time in the past five years the title game was decided by seven points or fewer.

Boise State had only mustered 103 yards on its first four possessions of the second half until the Broncos broke out.

Rypien hit Cedrick Wilson on a 59-yard pass play to the Fresno State 36. After a pass interference call in the end zone put the ball at the 2, Ryan Wolpin, filling in for injured running back Alexander Mattison, powered his way into the end zone to give Boise State the decisive score.

"Brett showed his resiliency tonight," Boise State coach Bryan Harsin said. "That's the thing about Brett. He's not looking at his completion percentage. He's doing what real leaders do -- they look at wins.

"He did that all year long, which kind of become the identity for this team. Somebody might have better numbers, but I don't know if anybody has better leadership qualities than he does."

Fresno State had two more possessions, but failed to get a first down. Marcus McMaryion's final pass was intercepted by Leighton Vander Esch.

After two tough losses in September, Boise State strung together seven victories, including a 25-point comeback win on the road against Colorado State in overtime that kept its conference title hopes alive.

NO REPS, NO PROBLEM

On Boise State's winning touchdown, Wolpin took a direct snap and bulled his way into the end zone, yet he'd never run the play in practice, according to Harsin.

"If don't remember if Ryan ever ran that play in practice, but if he did, I didn't see it," Harsin confessed. "That was (Mattison's) play."

Mattison, who rushed for over 1,000 yards and 11 touchdowns this season, injured his left ankle and left the game at the end of the third quarter.

Fresno State: Playing consecutive games against Boise State proved too much for the Bulldogs after a dominant victory at home a week ago. McMaryion passed for 332 yards and two touchdowns in a 28-17 victory, but struggled to just 172 yards with no touchdowns and an interception in the title game. However, the Bulldogs will have a chance to add to their surprising turnaround in a well-deserved bowl game.

Boise State: The defense kept Boise State in the game, making significant adjustments after last week's loss. The halftime changes, however, proved to be the difference in the victory. Boise State held the Bulldogs to just 85 yards of total offense in the second half and forced a game-clinching turnover.

Boise State: Likely be extended an invitation to the Las Vegas Bowl to take on a Pac-12 opponent. If Washington qualifies for a New Year's Six Bowl, all indications are that the opponent will be Oregon. Should Washington find itself out of the New Year's Six mix, Arizona will likely face Boise State. 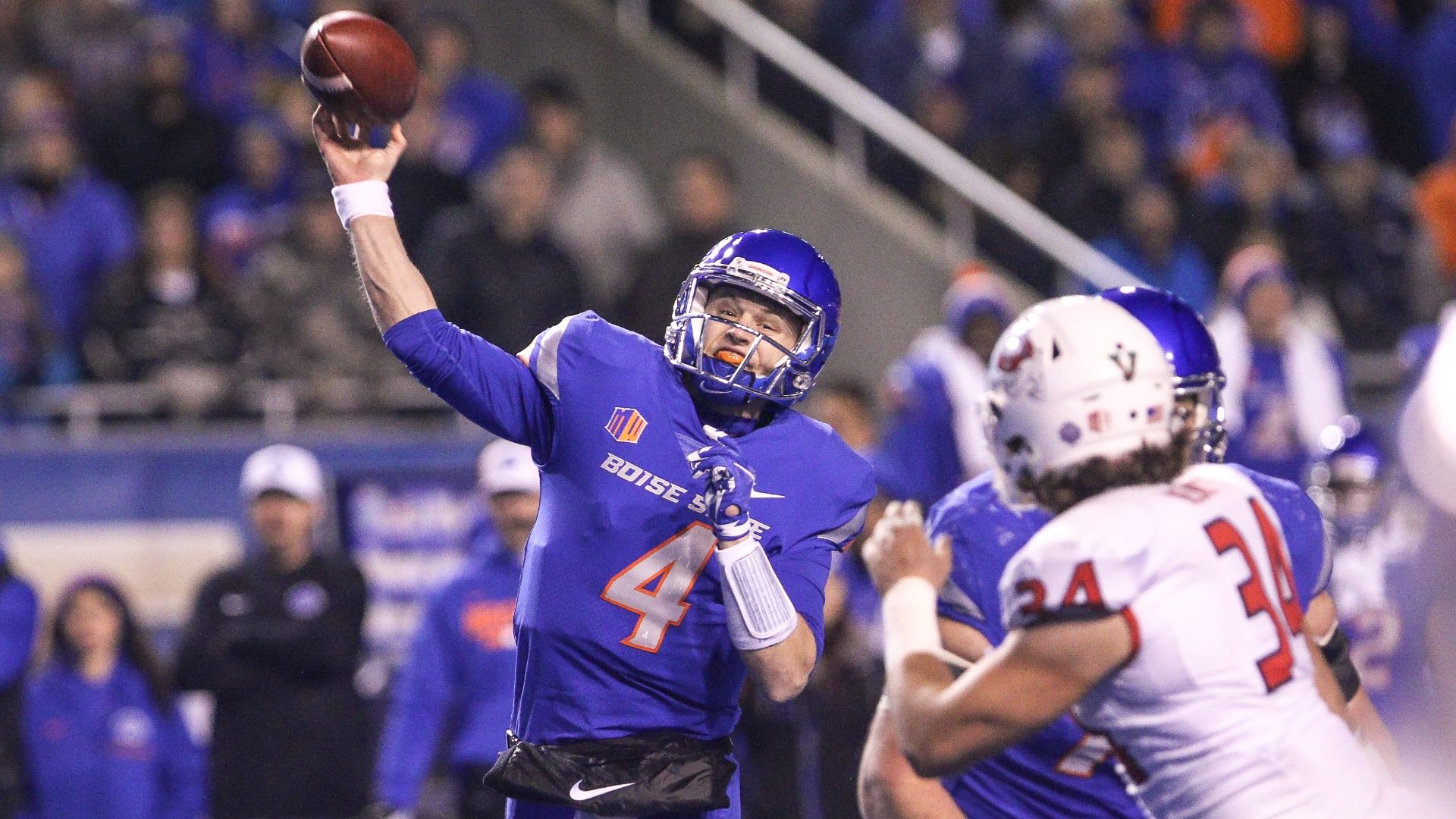