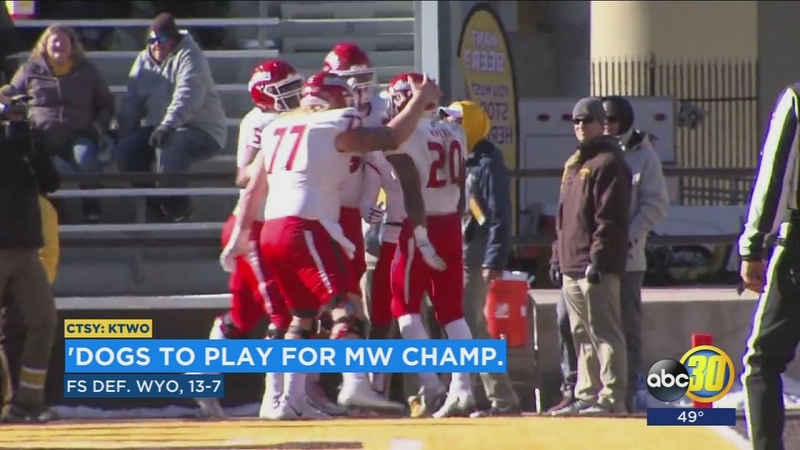 FRESNO, Calif. (KFSN) -- What a difference a year makes. Last season the Bulldogs finished 1-11 overall and 0-8 in Mountain West play.

Insert first-year head coach Jeff Tedford and a new coaching staff, the Bulldogs have turned things around and are headed to the Mountain West Championship game.

Fresno State defeated Wyoming, 13-7 on Saturday to clinch the West division and set up a showdown in the title game against Boise State.

The Bulldogs will host Boise State Saturday, November 25th in the regular season finale before playing them again in the title game.

According to the official Mountain West press release, this is how the home field in Mountain West Championship will be determined.

Boise State is currently ranked No. 25 in the most recent College Football Playoff Rankings. If the Broncos are ranked in the CFP poll on Tuesday, November 21 and defeat Fresno State on Saturday, November 25, the 2017 MW Football Championship Game will be held in Boise.