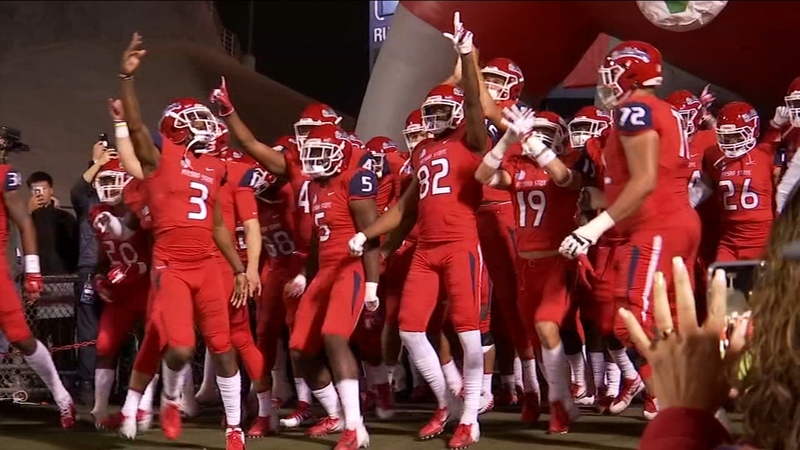 FRESNO, Calif. (KFSN) -- The Bulldogs retained possession of the Old Oil Can with a victory over San Diego State winning the West division-clinching a spot back in the MW Championship. The winner of Saturday's
Utah State - Boise State game will host Fresno State on December 1st.

A victory Saturday and the Bulldogs will clinch back to back double digit win seasons. The last time they did that was back in 1988-'89. But, standing in their way is an old foe and a familiar rival in San Jose State.

"We're gonna have to play our best because I know they're going to be fired up to come in here," said Bulldogs head coach Jeff Tedford.

No team has played Fresno State more-than the Spartans. Saturday will be the team's 82nd meeting-with the valley trophy on the line-it will be the chance to send this year's seniors off in style.

"They're gonna take this the rest of their lives the memories they've had here and I'm just happy that they've had some success that they can feel good about. They've played a role in bringing back the pride and tradition of Bulldog football," said Tedford.

While the Bulldogs have locked in a spot in the Mountain West title game and the Spartans have just one win on the year, Tedford doesn't see a scenario where he rests his players.

"No we're going out to win the game and it's an important game. Our goal is to go out and win the game on Saturday," Tedford said.

As for State's next opponent, Coach Tedford can get the scouting started early with Boise and Utah State set for a primetime matchup Saturday night.

"I'm sure that will happen yeah I hadn't really thought about that but it's been a while since I've been home at nine on a Saturday because typically I'm watching the highlights at midnight," said Tedford.