Carmelo Anthony offers to be 'big brother' to Kristaps Porzingis 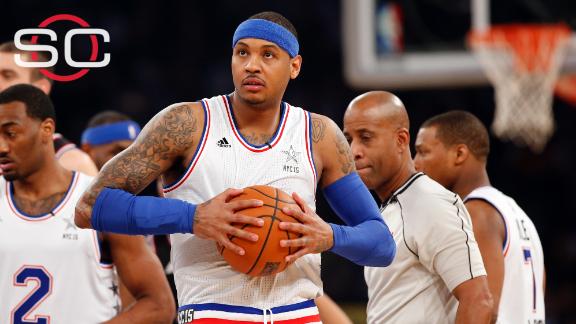 GREENBURGH, N.Y. -- Carmelo Anthony said Monday that he plans to play a "big brother" role for New York Knicks rookie Kristaps Porzingis this season -- further dispelling the notion that he was upset about the team drafting the 20-year-old European.

"I kind of feel bad for him because there's so much pressure on him at this point and this guy hasn't played not even one minute in the NBA," Anthony said during the Knicks' media day Monday. "I'm going to try to be a big brother to him and kind of take the pressure off of him a little bit.

"It's something that he never experienced before ... so this is new to him. To be a newcomer to this game, to this league, in New York, that's tough. I don't know if he knows what he's about to get himself into, so I kind of have to be that wall for him."

Anthony again denied that he had expressed displeasure about Phil Jackson's decision to draft Porzingis shortly after the NBA draft.

Porzingis said he and Anthony trained together over the summer at Anthony's gym and at the team training facility. The rookie and eight-time All-Star would play games of one-on-one.

"As I played against him, he was showing off all his moves and I was trying to learn from him," Porzingis said. "... I'm trying to learn as much as I can from him, asking him questions. For me to be around him all day long is great."

Said Anthony: "I'm just there to be that sounding board and that guy to let him know what's here to come."

Jackson's decision to draft Porzingis led to speculation over the summer that Anthony, 31, would ask to be traded to a franchise that's closer to winning an NBA title. Anthony has a no-trade clause in his contract.

However, on Monday, the 31-year-old said he's optimistic about the season, intimating that he and Jackson are on the same page and adding that he's honored to be the centerpiece of Jackson's rebuilding attempt.

"I think Phil still believes in me," said Anthony, the only player left from the roster that Jackson inherited. "And that goes without even being said because I'm still here. For him to start this process with me, being the centerpiece of this, I respect that and I don't want to let him down because I know that him putting me at the centerpiece of this was really big.

Anthony, entering his 13th season in the league, underwent major knee surgery on his left knee in February. He said Monday that he's tested the surgically repaired knee in several scenarios and doesn't feel any restrictions heading into training camp.

"My window is open, I don't think it's closing," Anthony said of his chances to win a title. "For the most part, coming into this year, we get a chance to write our own destiny this year. ... I think guys are excited about that."

Porzingis about to get a new "big brother" in Carmelo Anthony
ESPNNewYork.com's Ian Begley explains why Carmelo Anthony is interested in mentoring Knicks rookie Kristaps Porzingis. 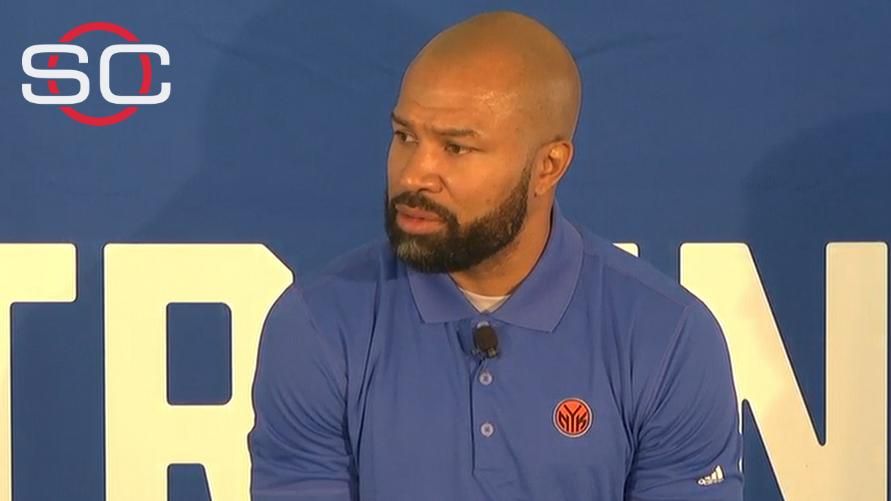