Central High had too many defenders 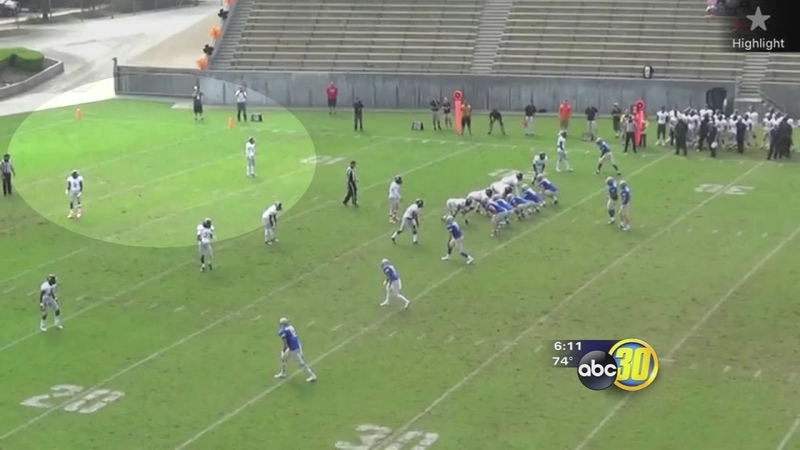 Central High had too many defenders

CLOVIS, Calif. (KFSN) -- Clovis High's first loss of the season was even more painful after the game when the staff discovered too many defenders were on the field for the final drive.

Central had 13 players on the field on five plays on that last drive. 12 Defenders on another play. "I've never seen anything like that so that part is definitely, disbelief is a big piece of it," said Rich Hammond, Clovis High Coach. Hammond called it a good opportunity to teach a lesson that life isn't always fair.

Central High's athletic director said the overload was not intentional but declined an interview request with head coach Mark Hetherington.

"Like everything else in life we're all human beings and mistakes happen and so that took place. It's unfortunate but again, our focus and energy has to be on moving forward," said Hammond.

Bob Kayajanian is the former head of the San Joaquin Valley Referees Association. He says players are supposed to counted before each play. "The referee and the umpire will count the offensive players. The two flankers and the back judge will count the defensive players and then they'll signal to each that they have the right amount or they have too many or not enough." But this time the officials missed it and so did the coaching staffs of both teams. Protests can't be lodged.

Both coaches are focused solely on the next game.