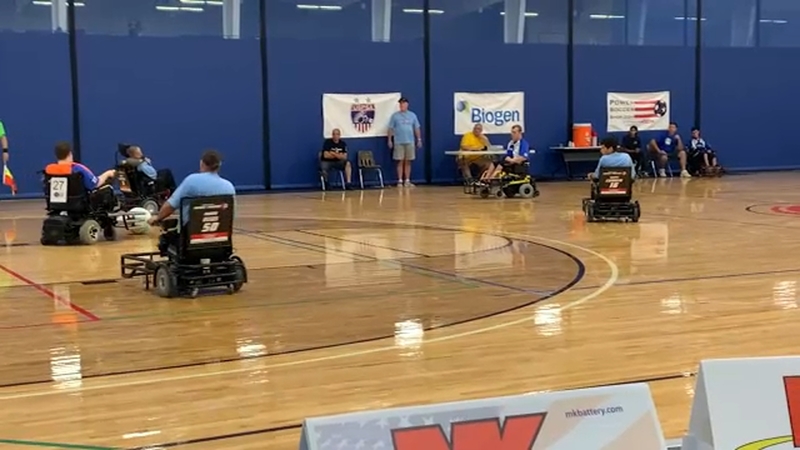 FRESNO, Calif. (KFSN) -- "I mean, every parent wants their children to be active in something that they love," says Samantha Velchansky.

Having played just one season before the pandemic pressed the pause button on competition, the rookie is eager to get back on the court.

"I like being able to make new friends and really, just all the math," he said.

"Just hearing him speak about giving the independence that gives him, it's a joy every parent would want to have for their kid," Samantha said.

Power soccer is an internationally recognized adaptive sport, developed by and for those in power wheelchairs, open to players of all abilities 10 and older.

"A lot of times, it's hard to find things where you can be competitive and be an athlete as being in a wheelchair, especially with the level of disability that some of us have," says Alex Voss.

"Everyone has a different disability but that hasn't stopped the team from playing and winning," says Alfonso.

Each team has four players in power wheelchairs, with guards fixed to the front.

The basic rules of soccer apply but on a court instead of a pitch.

"It's adapted slightly, of course, for the speed of the chairs, the size of the chairs, goal boxes and things like that," says manager Nikki Cornell. "But there's still penalty kicks, red cards, yellow cards and all of those things."

Cornell was introduced to the sport by a patient that loved playing in summer camp.

Knowing the sport could connect families in similar situations, she reached out to the U.S. Power Soccer Association.

Nikki reached out to physical therapists to get the word out.

"He has been a huge part of our team and got to travel with us to nationals in 2019 and the year before," Cornell said.