Clayton Kershaw will return for Dodgers on Saturday vs. Mets 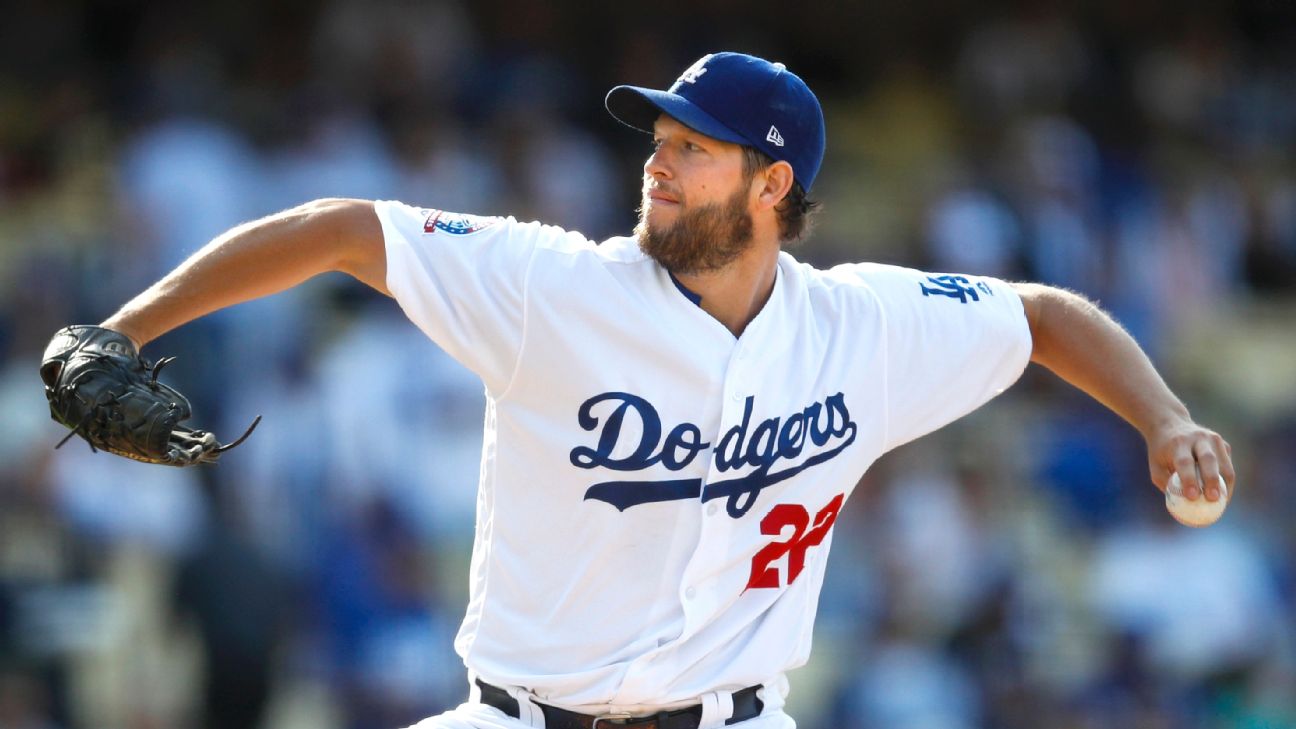 Kershaw has been sidelined since June 1 with a lower back strain. The three-time Cy Young Award winner and 2014 National League MVP originally was scheduled to make a rehab start Saturday with Triple-A Oklahoma City at Omaha, but heavy rain in the forecast caused the Dodgers to change plans.

"It's probably the best thing for him and for us," manager Dave Roberts said Friday. "We don't know how much he's going to pitch. I don't want to put a limit on him. Obviously, there is a limitation with Clayton, and I'll make that decision."

Roberts said rookie Caleb Ferguson (0-1, 7.59 ERA) will be ready in reserve. The 21-year-old left-hander had been slated to make his fourth major league start Saturday.

There's rain in the New York forecast as well, but Roberts said the Dodgers took all oft that into account.

"From what I understand it's going to be early, and if there's a delay, we have ample time to get him ready. But obviously, we're not going to do anything to put him in harm's way," Roberts said. "If there is something where we are shut down, having Caleb behind him, we have that coverage. So we can kind of combat that."

Before the switch, Roberts had said Kershaw would throw no more than four innings and 60 pitches for Oklahoma City.

The 30-year-old Kershaw is 1-4 with a 2.76 ERA in eight starts this year for the defending NL champions, who have been riddled by injuries.

He was out for nearly a month with left biceps tendinitis before returning May 31 against Philadelphia. He pitched five effective innings in a no-decision against the Phillies, then went back on the disabled list the next day with the back injury.

The ace left-hander threw a three-inning simulated session Monday at Wrigley Field in Chicago and said he felt really good. The next day, Roberts said Kershaw returning against the Mets this weekend was considered, but the team opted for a minor league start to give him "the best chance for success and health."

Kershaw, a seven-time All-Star, missed about five weeks last season with a similar back problem.

Roberts acknowledged that Kershaw lobbied to pitch at Citi Field this weekend, rather than in the minors.

"He did play a little weather man, so with weather.com and Clayton, we were pretty abreast with the weather in Omaha," Roberts said with a chuckle.

"Just the way he's responded to all the tests and to get him with us, the weather over there in Omaha, we feel comfortable and confident," the manager added.

Rich Hill will start Sunday for the Dodgers, followed by Kenta Maeda at home Monday against the Cubs.

In other injury-related news, shortstop Chris Taylor was out of the lineup because of a tight left hamstring. Enrique Hernandez started in place of Taylor, who exited Wednesday's game in Chicago against the Cubs. He was available off the bench -- probably just to hit, Roberts said.

"We'll give him today and we'll see about tomorrow," he added.

Backup infielder Chase Utley was reinstated from the 10-day disabled list after missing 19 games with a sprained left thumb. A longtime New York nemesis and villain to Mets fans, Utley was on the bench for the series opener. He was batting .216 with a home run and 14 RBIs this season.

Los Angeles opened a roster spot for him by optioning catcher-infielder Kyle Farmer to Oklahoma City on Wednesday.

Rookie right-hander Walker Buehler is scheduled to throw 20 to 30 pitches in a bullpen session Saturday, the next step in his comeback from a right rib microfracture. He could return to the rotation without a minor league rehab assignment, Roberts said.