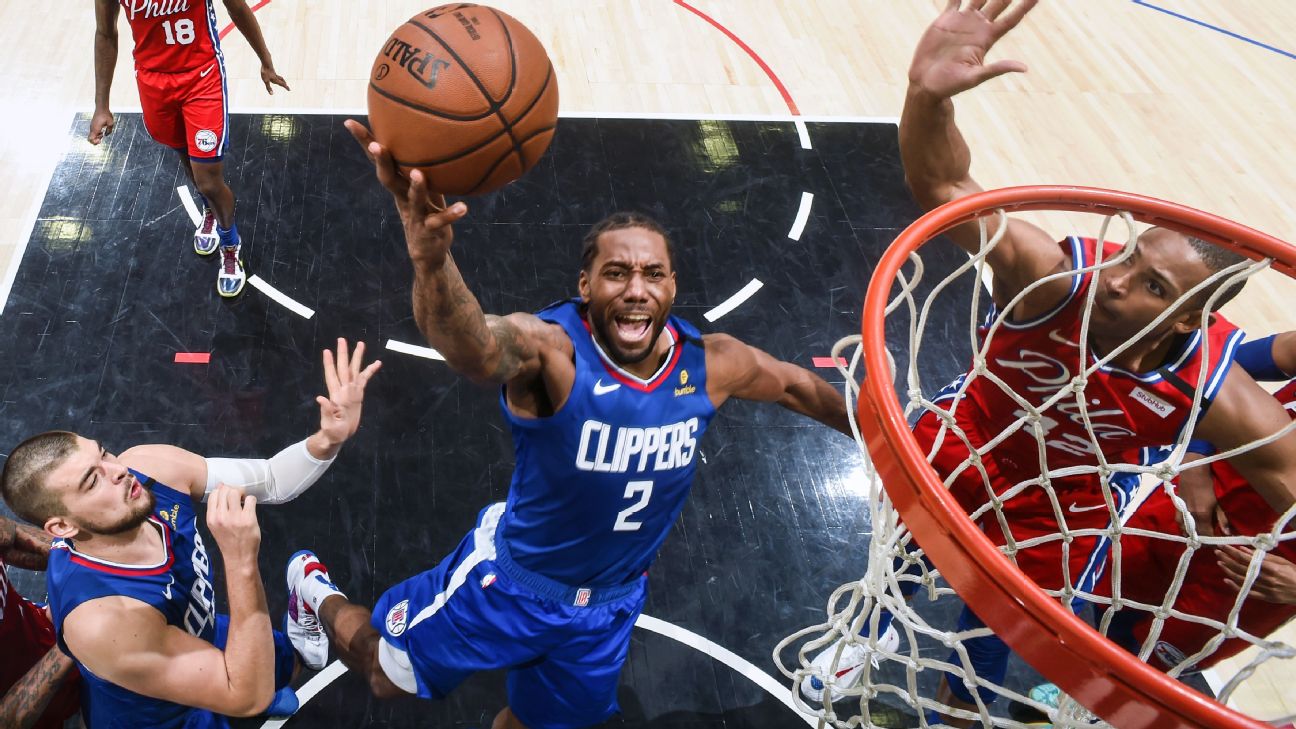 LOS ANGELES -- In a season full of inconsistency, disruptive injuries and dozens of different starting lineups, the LA Clippers have been constantly reminded by Kawhi Leonard to keep their eyes on the big picture and not get caught up in the moment.

So even though they were riding a season-high three-game slide a week ago, the Clippers are surging again after holding off the Philadelphia 76ers136-130 on Sunday for their fourth consecutive win.

Through the roller coaster of ups and downs, Leonard has remained steady like his robotic demeanor and it has resonated with his teammates.

"Of course, you get a lot of criticism when you are not healthy and not winning the games you are supposed to win," said point guard Patrick Beverley, who along with Paul George has played in the past four wins after missing time due to injury. "Our focus has always been long term and Kawhi has definitely helped us with that, seeing the big picture and everything.

"Looking at the big picture, which of course is the trophy, we kind of check the milestones that we need to check. Like I've said before, when healthy we can beat anybody -- and it's no disrespect to any other NBA team."

Sunday's victory wasn't as impressive as their 132-103 demolition of the Denver Nuggets on Friday. The Clippers struggled to contain Shake Milton, who exploded for 39 points, and trailed by as many as 14 to an injury-riddled 76ers team. Philadelphia came in without the injured Joel Embiid and Ben Simmons and then lost a third starter, Josh Richardson, to a concussion in the first half.

Still, the Clippers focused on defense in the third quarter before letting their offense pull the game out with four players finishing with 24 or more points.

Leonard led the Clippers with 30 points and continues to lead the team with his message of focusing on the big prize rather than getting caught up in the big wins they've had over the Los Angeles Lakers or some of the bad losses such as home defeats to Sacramento.

"Still at a point where we want to get better," Leonard said of the Clippers, who have had their roster at full strength for the past four games and have won all eight times this season when they've been completely healthy. "It doesn't feel like we're 8-0, with the [full] roster. ... But for the most part, we still want to get better. We're not being complacent at all."

Sunday's game was the latest example of how the Clippers can look when healthy. While they struggled to contain Milton, who buried 7 of 9 3-pointers, Leonard and George combined for 54 points, while Lou Williams and Montrezl Harrellscored 24 points each off the bench.

The Clippers (41-19) now are playing a rotation that goes 10 deep with the additions of Marcus Morris and Reggie Jackson. So even though they were down seven early in the third quarter, the Clippers turned the game with a 27-7 run and took a 12-point lead into the fourth.

"It's what makes us special," George said of the Clippers' offensive firepower. "For as much defense we have, I think we're underrated offensively. It's special. Tonight where a team like them got hot and made shots, the offensive part of what we can do came into play and our scorers scored."

The Clippers will learn plenty more about themselves in this upcoming three-game stretch that will test their winning streak. They play the next two games at Oklahoma City and Houston before returning home for their highly anticipated third meeting with the Lakers next Sunday.

"We're striving to get there," Leonard said when asked to compare what the Clippers are building to his title teams in San Antonio and Toronto. "One thing is that you never know what's going to happen down the road, if there's like my previous teams, everybody just wanting to win and trying to make a sacrifice, staying confident.

"I just think if we keep doing that, we can be successful, but it always doesn't work to your favor. It's a lot of luck in it -- calls, making shots, people staying healthy. I think we just have to keep moving on the right track and staying positive." 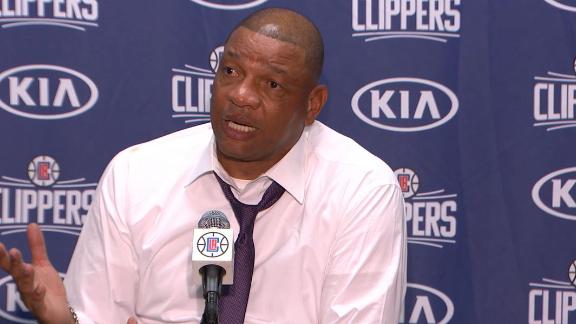