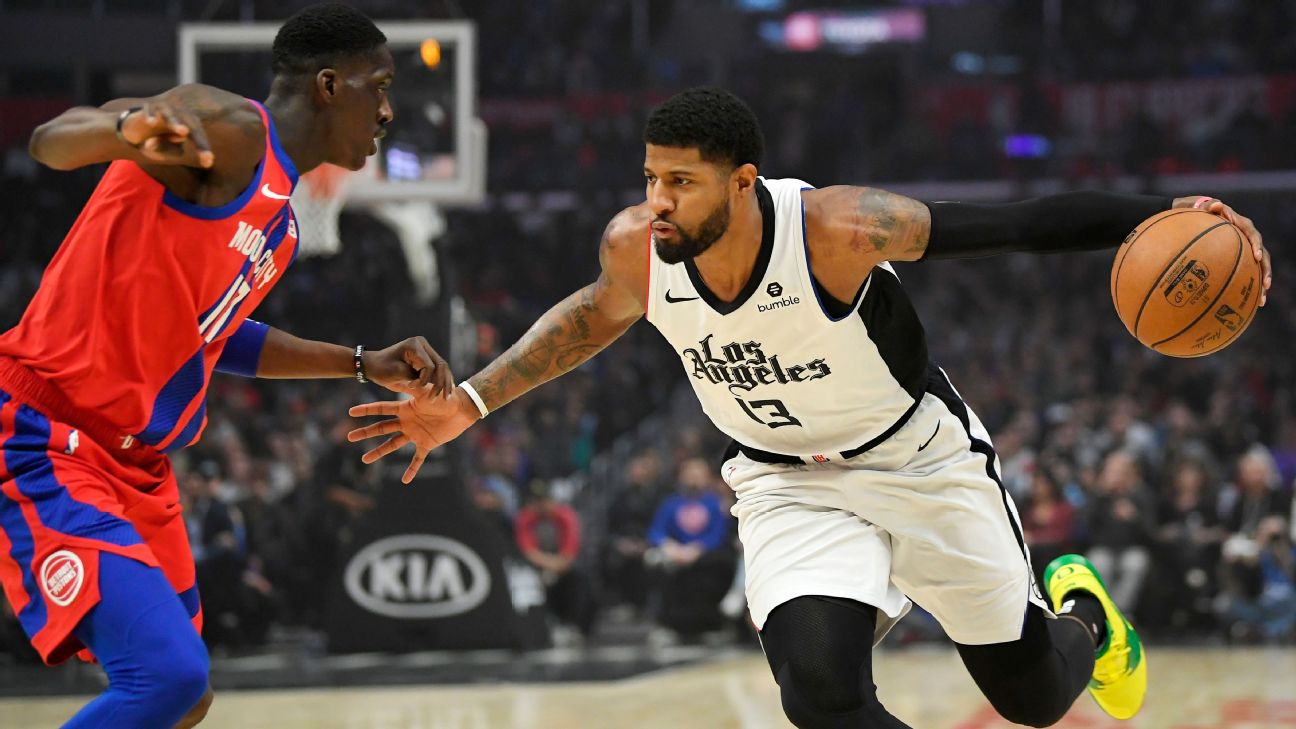 LOS ANGELES -- LA Clippers forwardPaul George left Thursday night's 126-112 victory over the Detroit Pistons with tightness in his left hamstring and did not return.

George went to the locker room with 3:45 remaining in the second quarter and was ruled out after the third quarter, when the Clippers' lead had ballooned to as much as 30 points.

The team said George first felt something in his lower back area, but the Clippers are saying the injury is tightness in his left hamstring.

"Nothing happened [specifically] -- he just felt tightness," Clippers coach Doc Rivers said after the game, when asked if there was one particular play that resulted in the injury. "He said it at halftime and then we just decided not to bring him back. So he's going to be evaluated."

After the game, George walked out of the locker room without any signs of a limp and appeared to have avoided any serious injury.

The Clippers started the second half with Rodney McGruder in place of George. George finished with 12 points in 16 minutes.

The Clippers next play on Saturday in the first game of a home back-to-back set against Memphis and New York. 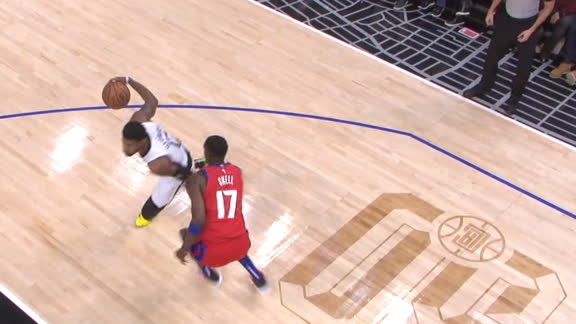 PG crosses defender en route to the hoop
Paul George uses a series of crossovers to get by his defender and get to the rim for an easy finger-roll finish.
Report a correction or typo
Related topics:
sportsespnnewspaul georgela clippersnba
Copyright © 2020 ESPN Internet Ventures. All rights reserved.
More Videos
From CNN Newsource affiliates
TOP STORIES