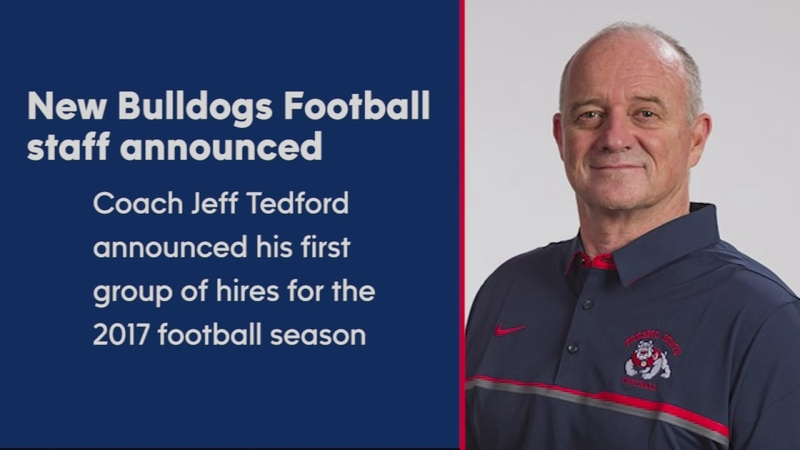 Here is an introduction of each staff member, provided by Fresno State:

Notes: Christian was a fullback at Fresno State (1991-93) before transferring to Central Washington to finish out his collegiate career as a running back. In Christian's sophomore season in 1992, Tedford arrived to Fresno State has a first-year assistant coach. Most recently, Christian spent the past two seasons as the running backs coach at UNLV, in his time there the Rebels rushing offense has dramatically improved from ranking 102nd (129.2 yards/game) in the FBS before he arrived, to 36th (193.7 yards/game) in his first year, and 15th (241.5 yards/game) this season. Christian's uncle is Dennis Erickson, long-time head coach and current assistant head coach at Utah. 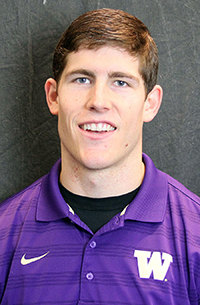 Notes: Moore reunited with college coach Chris Petersen this past season at Washington. The Boise State grad earned four varsity letters as a Bronco (2009, 2011-13), lettering on a 14-0 team as a true freshman in 2009. After redshirting the 2010 season, he helped Boise State compile a record of 31-8 over his final three seasons. As a freshman, united with older brother and current NFL quarterback, Kellen Moore, the two were a part of the Broncos' 2010 Fiesta Bowl win over TCU. As a G.A. who works with the wide receivers unit, the Huskies' wide receivers John Ross and Dante Pettis currently lead the nation in touchdown receptions as a duo with 31. Ross was named a first-team All-Pac-12 selection on Nov. 29. 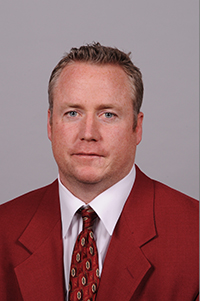 Notes: Thompson is a former Fresno State tight end, who lettered from 1995-98, and was coached by then-offensive coordinator Jeff Tedford during his freshman, sophomore and junior seasons. As a senior, Fresno State quarterback Billy Volek connected with Thompson for 31 receptions and 375 yards and a touchdown. His older brother, Marty Thompson, played three seasons in the NFL after a standout Fresno State career from 1989-92.

Notes: A wide receiver turned cornerback at Fresno State from 1986-89, is set for his third coaching tenure at Fresno State. As a player, Williams is one of five Bulldogs to have been selected in the first round of the NFL Draft (16th overall by the Buffalo Bills, 1990) in school history. Williams was an AP honorable mention All-American in 1988, and a second-team Sporting News All-American and a third-team AP All-American in 1989. During his seven-year professional career, he was a member of all four Bills' teams that advanced to the Super Bowl from 1991-94. Williams was a G.A. one season under Pat Hill (1997) - Tedford was on that staff as the offensive coordinator. 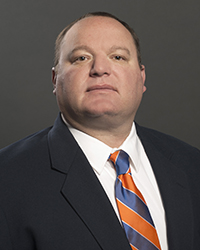 Notes: Prior to accepting his first position in collegiate athletics as an assistant equipment manager at Cal (2003-05), Wilkinson was a minor league clubhouse manager and equipment manager for the Oakland Athletics. He served in the United States Air Force from 1991-94. 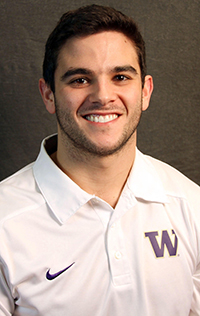