CP3: Rockets still need to 'be better' despite win 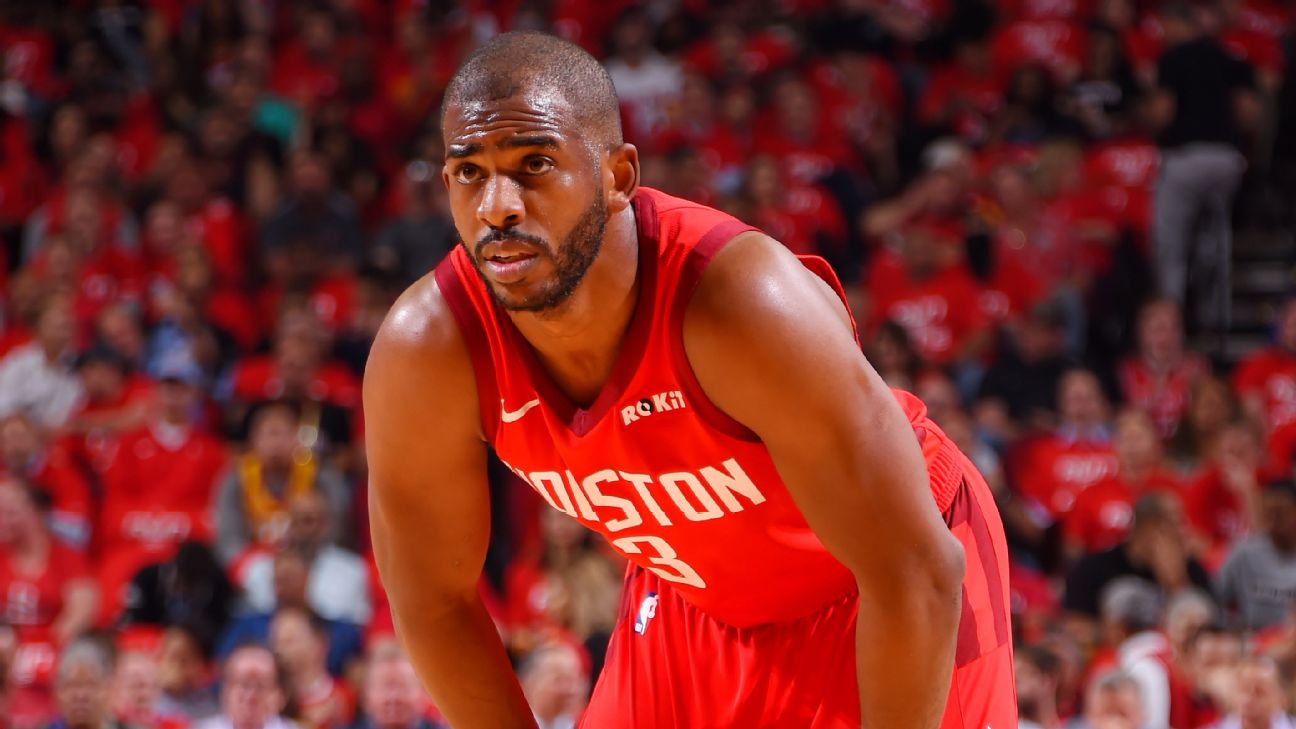 HOUSTON -- As the red confetti fell from the Toyota Center rafters Monday night, the Houston Rockets felt a sense of relief.

Their Western Conference semifinal series is tied after the Rockets survived Game 4, pulling out a 112-108 win over the Golden State Warriors despite almost blowing a 15-point fourth-quarter lead. Two elite Golden State shooters had good looks at potential game-tying 3-pointers with seconds remaining, but Kevin Durant and Stephen Curry both missed.

"Yeah, we won the game, but we've got to be better," said Rockets point guard Chris Paul, who grabbed the rebound of Curry's miss and split a pair of free throws to seal the win. "We understand that. Going back to the Bay, they're probably not going to miss those shots."

The Rockets rolled for most of the game, but the Houston offense that was spectacular for the first three quarters sputtered down the stretch, giving two-time defending champion Golden State a chance to get back in the game.

Houston was held to 19 points in the fourth quarter, including only 11 after a PJ Tucker hook shot put the Rockets up by 15 with 9 minutes, 12 seconds remaining. After shooting 42.1 percent from 3-point range through three quarters, the Rockets were 1-of-12 from long distance in the final frame.

The Rockets, who went with a small lineup in the fourth quarter to maximize their shooting and spacing, missed 16 of their final 20 shots from the floor. Houston had a scoreless drought of two minutes, 20 seconds before James Harden split a pair of free throws with 11.5 seconds remaining, missing the second to fail to give the Rockets a two-possession cushion.

"Everything tightened up in the fourth quarter," said Harden, who finished with a game-high 38 points and 10 rebounds but was only 3-of-11 from the floor and 0-of-6 on 3s in the fourth quarter. "We went through a stretch where we couldn't score. They went through a stretch where Draymond [Green] got a couple of layups, but other than that, they really couldn't score either. Twenty-four points defensively against anybody is a great quarter, but against the Warriors, it's even better. We only had 19, but luckily, we gave ourselves a cushion in the third quarter to sustain it. That's what it's about."

After Harden's missed free throw, the Warriors perfectly executed a play out of the timeout to get Durant (34 points on 12-of-22 shooting) what Paul referred to as a "butt-naked look." Houston didn't switch after Green got a clean screen on Tucker, allowing Durant to get wide-open, but his 29-foot attempt from straightaway caromed off the rim.

Green tapped out the rebound, and Durant shoveled the ball back to Curry, who had 30 points on 12-of-25 shooting. Curry immediately launched a 34-footer as Harden and Austin Rivers lunged to try to contest the shot. It went long, and Paul snatched the rebound with two hands -- "highest I've seen you jump in a long time," Tucker kidded Paul.

"I thought it was going to overtime -- 100 percent," said Rivers, who played 33 minutes off the bench after Houston coach Mike D'Antoni opted to play a small lineup more than the Rockets have all series. "KD got one and I'm like, 'Come on, man.' Then Steph got one. The fact he wasn't open and it was like a crazy shot, those are the ones that he would hit. We are fortunate."

The Rockets certainly weren't apologizing for not closing out the Warriors in more convincing fashion. They were pleased to protect their home court to even the series.

However, the postgame theme throughout the home locker room was that the Rockets needed to be sharper to get a win at Oracle Arena, which is a must for Houston to advance to the conference finals. 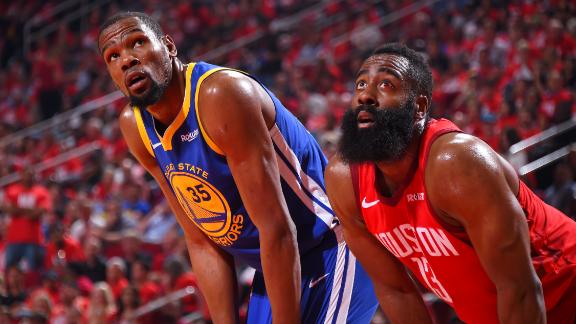 Things get physical in Game 4 between Warriors and Rockets
James Harden gets hit with Kevin Durant's elbow early as multiple players hit the court during a physical Game 4 in Houston.