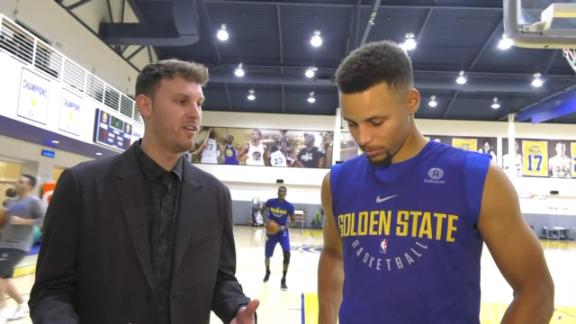 For more than a decade, sneaker brands have created special editions to honor a reigning champion's "Ring Night." As the Golden State Warriors host theHouston Rockets, several players will break out exclusive sneakers with both subtle and brash hues of gold, with two-time MVP Stephen Curry leading the way. The Warriors won't be the only sneaker stars shining on the first night of the 2017-18 season.

Curry debuted his latest signature shoe four months early, partly because he was more confident in the Curry 4's design and partly because he knew the third consecutive Finals series against the Cleveland Cavaliers would be a stage unlike any other for an unveiling.

To celebrate Curry's second title in three seasons, Under Armour is releasing an elaborate "Champ Pack" featuring the shoes worn during each Warriors win. The white and gold version was worn during Games 1, 2 and 5, and the black and white edition was worn for the Warriors' Game 3 win on the road.

"What a difference a year makes," Curry wrote in the letter included with the shoes. "This Curry 4 is symbolic of that moment when we reclaimed what was ours. It was refreshing to hold up that Finals trophy on Warriors ground."

The pack, priced at $400, comes equipped with plush slip bags for each shoe, the rolled letter from Curry and a matching pair of socks for each pair. Curry is expected to switch into several colorways of the Curry 4 during the season.

"It was designed from the ground up with Steph in mind," said Kort Neumann, Under Armour's senior footwear designer. "He wanted continuity. He wanted a seamless fit between his foot and the shoe."

In his 15th NBA campaign, James is not just looking ahead to another season in which he can "strive for greatness," as he often puts it. This year, he'll also set the mark for the longest-running continuous signature shoe line in league history (Michael Jordan's Chicago Bulls career ended with his 14th Air Jordan shoe in Utah).

"No one has ever reached number 15 before LeBron," designer Jason Petrie said. "So it's a big deal, and we want to make a celebration of technology, style and of LeBron's game."

The newest James sneaker features a combination of Nike's new "BattleKnit" material on the upper and Zoom Max cushioning. While James' series has typically featured sizable and bold branding, the brand's Swoosh logo can be found subtly positioned along the heel.

Irving opens his seventh season in Cleveland, but the Boston Celtics point guard will be taking the floor from the visitor's locker room for the first time in his career. The newest marquee member of the Celtics will be showing off his franchise pride through a pair of themed sneakers in his debut game. His signature Kyrie 3 model dons a custom clover print along the toe with gold and green accents throughout.

For each of Irving's first three signature shoes, speed and control have been the attributes that helped to inspire the design. His shoes feature a unique traction pattern, with rubber wrapping up around the toe for extra grip, tailor-made for his shifty floor handles and frantic spin moves.

"I'm crossing over somebody and my body angle and positioning is so abnormal, even when I look at it," Irving said during the Kyrie 3 unveiling in December. "I want to have technology in this shoe that is fit for those moments."

The four-time All-Star is expected to debut the Nike Kyrie 4 later this fall, with several Celtics-themed versions of his current Kyrie 3 sneaker slated for the opening weeks of the season. As always, two constants from both of Irving's parents can be found layered into the shoe. "JBY" is short for his mother Elizabeth's encouraging phrase "Just Be You." His father Drederick's "Humble + Hungry" motto can be found as a simple "H+H" under the shoe's tongue.

After a summer in which the legend of "China Klay" grew beyond his wildest expectations, Thompson will be celebrating his most recent Warriors championship with this "Gold Blooded"-themed version of his new KT3. In true Thompson fashion, he debuted the gaudy gold sneaker by jumping into a bathtub with thirty pairs in a viral commercial.

His third signature shoe with the China-based brand ramps up the technology and personal details throughout. The high-top knit upper offers support, while the collar strap takes design cues from ancient Chinese warrior protective armor, a link between Thompson's team and Anta's homeland. Along the outsole, there's a fingerprint-inspired pattern throughout, playing off the fact that Thompson's game relies on his lethal shooting and his near-instant release from the tips of his fingers. Last season's 60-point outburst, in which he dribbled just 11 times, helped inspire the design.

"I knew with Anta, I would have so much input creatively," said Thompson, who inked an eight-year extension with Anta this summer. "I was going to hopefully be the Michael Jordan one day of Anta. That really resonated with me, and knowing that I could be really big in China, that was really cool to me."

Like Curry, Durant wore his newest signature model during the 2017 Finals, and has worn a black-and-gold model in the preseason, but could break out a new all-gold colorway on Tuesday night. You could be forgiven for thinking the KD X looks a lot like his previous model.

"Our process is very overlapping," designer Leo Chang said. "I'm working on the 10, and I'm also finishing up the 9 and in the middle of the 9 Elite. Being able to work on those three products at once is kind of fun. The 9 was such a revolutionary shoe for him and Nike, with the brand-new Zoom bag that I think a lot of people loved and the Flyknit."

As it turns out, Durant loved the shoe so much that the X became only a slight progression of the prior model's design. His 10th shoe carries over the same full-length Zoom Air unit while featuring a more targeted Flyknit upper throughout. It's a simple look for the reigning Finals MVP, who has a simple approach to the game.

"It's about basketball for him," Chang said. "The purity of the game, he keeps talking about it. That's what people should love him for."

While the signature stars are expected to dominate on opening night, Nike will also have a trio of players leading its statement team franchise sneaker. Green, Love and Hayward are each expected to lace up their own custom editions of the Hyperdunk 2017.

Featuring a wavy, ergonomic bottom and a simplified upper, the shoe features the brand's new React foam cushioning. For Green, the shoe will hold some extra meaning, as he was the lone player to debut the newest Hyperdunk during the 2017 Finals.

Other notable sneakers to keep an eye out for will beDwyane Wade and Derrick Rose making their Cavaliers debuts in the Li-Ning Way of Wade 6 and the Adidas DRose 8, respectively. Rockets star James Harden will be in the Adidas Harden Vol. 1 when he visits Golden State with a new shoe expected later this season. His new teammate, Chris Paul, will be in his signature CP3.X from Jordan Brand. 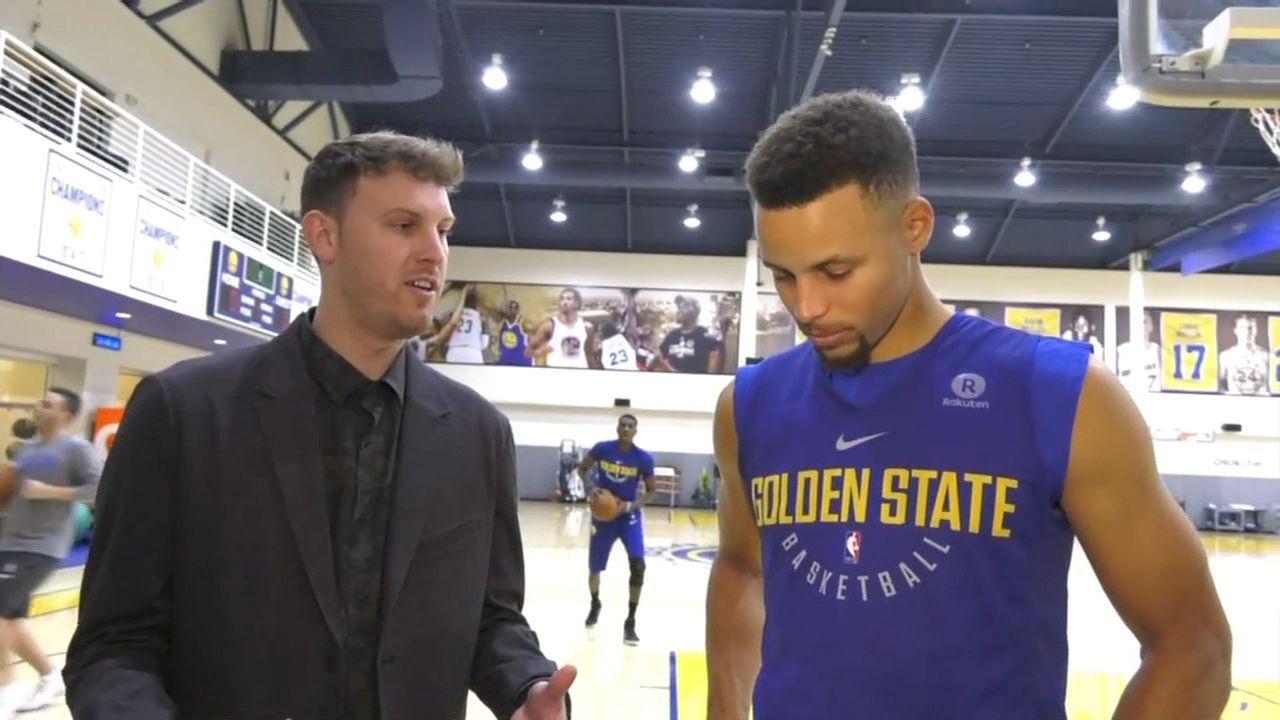