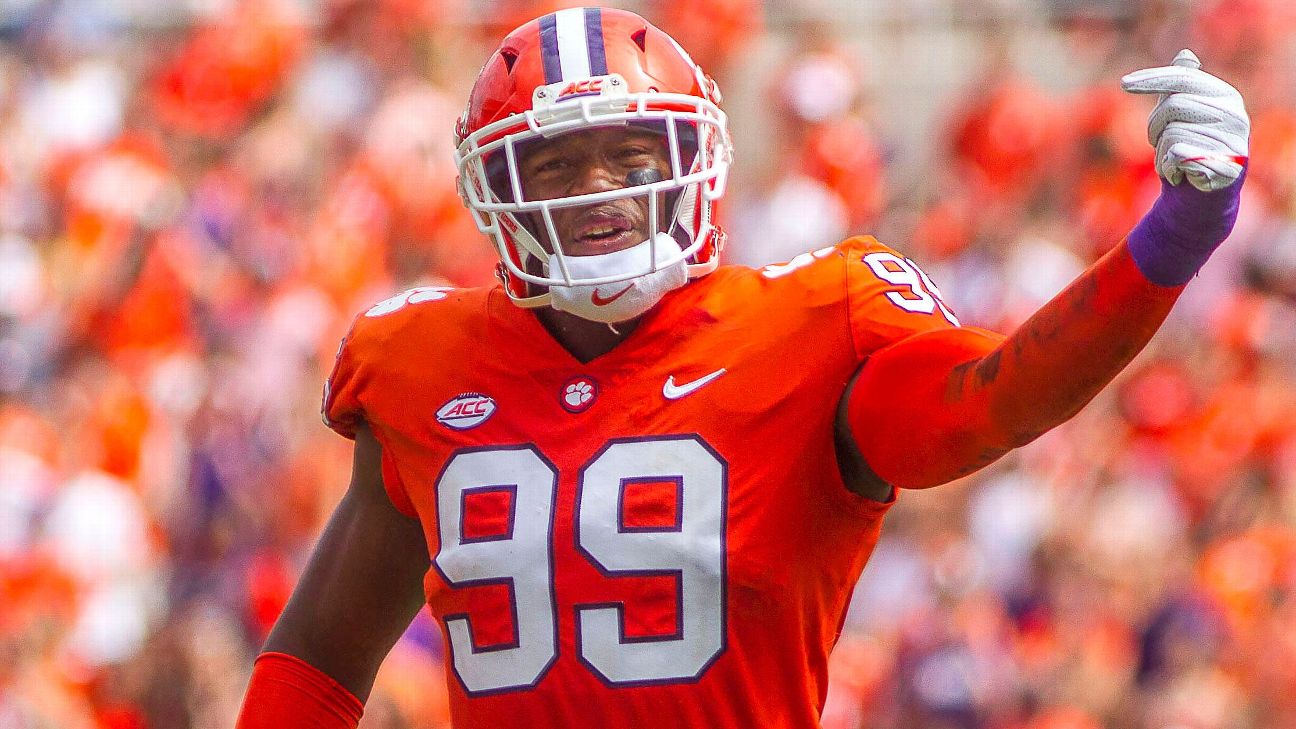 ALAMEDA, Calif. -- The Oakland Raiders, who had a league-low 13 sacks last season, addressed a specific need Thursday by selecting Clemson defensive end Clelin Ferrell with the No. 4 pick of the 2019 NFL draft.

Still, there was a feeling that the Raiders, who used the No. 24 pick on Alabamarunning back Josh Jacobs and the No. 27 pick on Mississippi Statesafety Jonathan Abram, could have traded down and still been able to select Ferrell, who was projected for the middle of the first round by many analysts.

Ferrell himself acknowledged being surprised that he was taken so high.

"I would be lying to you if I said I wasn't surprised ... [but] I always felt like I was going to be a Raider because I had such a good relationship and good meetings with the Raiders," he said. "It was such a great process."

Perhaps the Raiders found no partners or they simply liked what they saw in Ferrell, the reigning Ted Hendricks Award winner as the nation's top defensive end.

Ferrell had 27 career sacks at Clemson, including 11.5 for last season's national champions. Raiders head coach Jon Gruden and first-year general manager Mike Mayock will hope that he can bring similar production to Oakland, which traded All-Pro linebackerKhalil Mack to the Chicago Bears in September.

Asked about the pressure of replacing Mack, Ferrell said, "It's not even just about replacing a great player like Mack. It's about all the legends that have played there. There's such a great tradition to play for the Raiders. ... I'm an NFL historian-type, with the Howie Longs and the Ted Hendricks. I can't remember the really crazy guy who was known for being a dirty player, but it's such a great history of great players for the Raiders."

Seen as a high-character guy, Ferrell seems to be a "foundation piece" for Gruden and Mayock. His parents served a combined 46 years in the U.S. Army and passed down military teachings to their children. His father, Cleavester Ferrell Sr., was a first sergeant in the Army and served two tours of duty in Vietnam. His mother, Faye, a staff sergeant, served in Operation Desert Storm and was stationed in Germany, Korea and Japan.

Cleavester and Faye each had children from previous relationships when they met in 1994. One year after they were married, Clelin was born. Clelin has four brothers and four sisters, all at least 10 years older than him. His father passed away from cancer when he was a high school freshman.

Ferrell suffered a torn ACL as a high school senior and redshirted his freshman year at Clemson due to a hand injury. He did not miss a game in his next three seasons in Death Valley.

Jacobs, meanwhile, fills a need created by Marshawn Lynch, who reportedly is leaning toward retirement rather than re-signing with his hometown team. The Raiders added Isaiah Crowell in free agency, but Jacobs projects more as a three-down back.

Jacobs said the Raiders told him at the combine that they would select him with one of their three first-round picks. He had high praise for Ferrell and Abram, saying the team added two good players.

"I'm happy that I'm on the same team as [Ferrell] and not going against him," Jacobs said. "Even the 27th pick [Abram], the dude is a good player, too. I played against him multiple times. Every time he brings the energy, and he's a thumper."

Jacobs rushed for 1,491 yards and 16 touchdowns in three seasons with the Crimson Tide, averaging 5.9 yards per carry. The 640 yards he ran for last season marked a career high.

In Abram, who played his freshman season at Georgia, the Raiders drafted a hard-hitting safety who is larger than Karl Joseph.

Abram was on the opposing team from Gruden at the Senior Bowl but did not play because of a shoulder injury that is now healed. Still, they connected in Mobile, Alabama.

He said he is up to the challenge of facing the tough tight ends in the AFC West.

"Those guys put their pants on just like I do, and I look forward to it," Abram said. "It's going to be a really interesting experience being able to go out there and dominate those guys. I'm going to do what I do best, and that's play football."

In two seasons at Mississippi State, Abram had five sacks, and last season, 17 of his 38 snaps as primary defender came while lined up in the slot. His 36 percent pressure rate was highest in FBS among players with at least 50 pass rushes.

The Raiders have the third pick of the night in Friday's second round, at No. 35 overall. Barring a trade, after that they will not choose again until No. 106, the fourth pick of the fourth round. 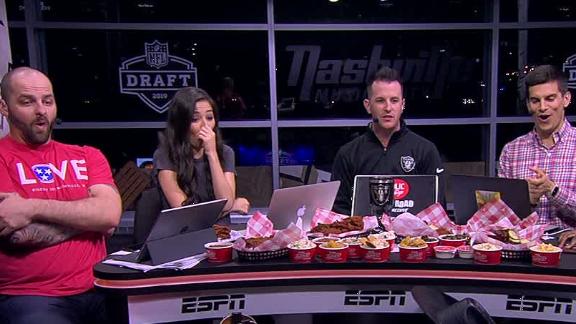 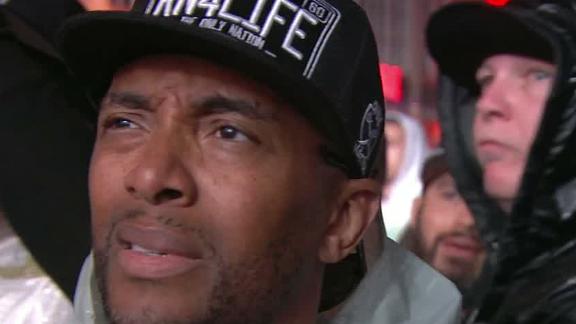